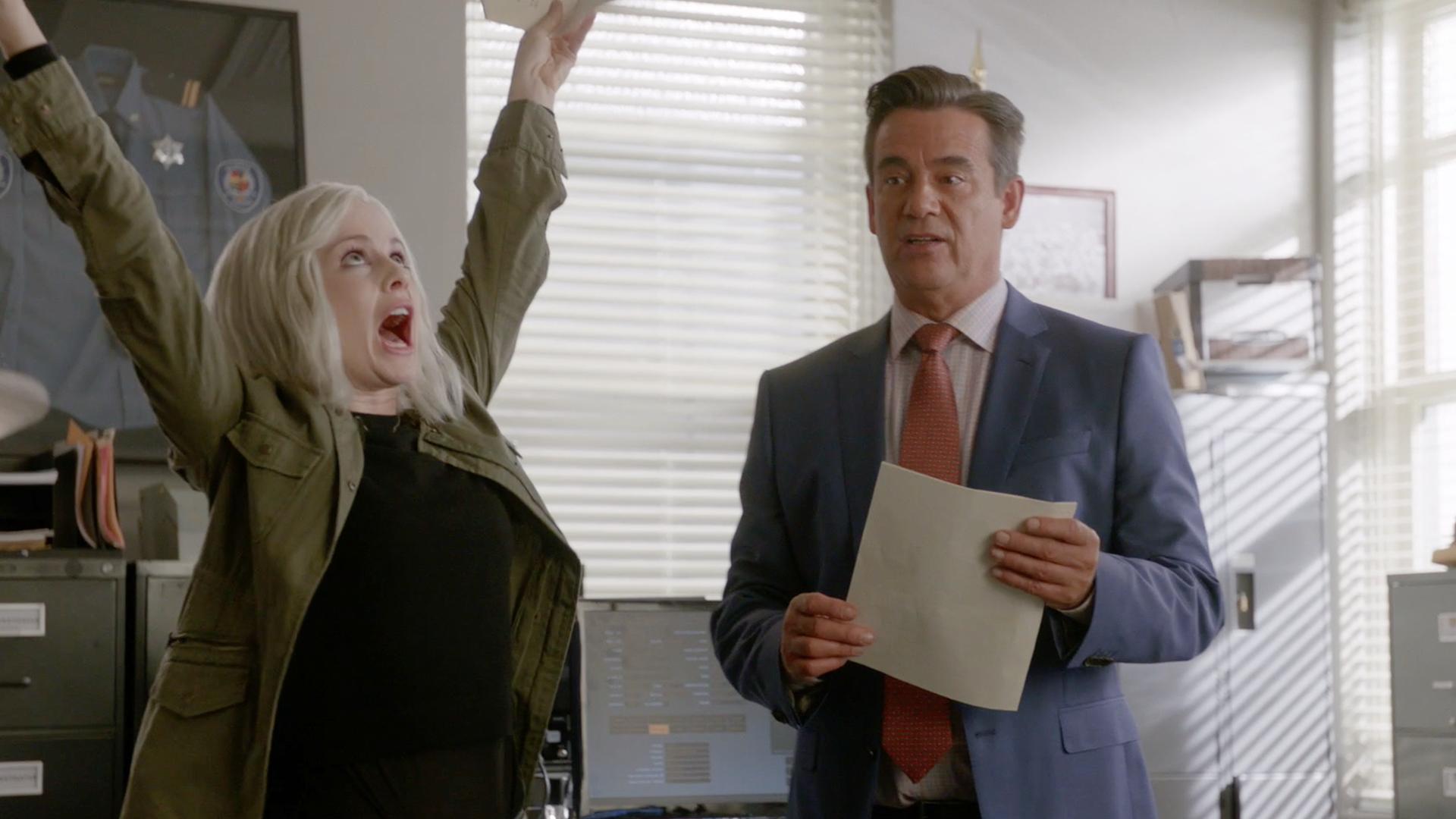 This week’s iZombie installment, “My Really Fair Lady”, was proof that Liv doesn’t have to be on a great brain for an episode to still be enjoyable. 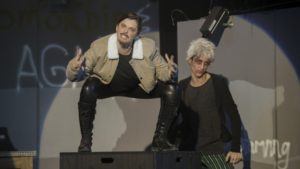 I honestly wish that, as a theater person myself, I’d liked the “My Really Fair Lady” brain. Shoot, the episode kicked off with a cameo from Rachel Bloom of Crazy Ex-Girlfriend fame, so I definitely had high hopes. We’ve known that Rose McIver can sing since the season one episode “Even Cowgirls Get the Black and Blues”, so when Liv ate the musical director/actor brain at the beginning of “My Really Fair Lady” I thought we’d be getting some sort of musical episode.

Instead, Liv was just an over-the-top actor type, and there wasn’t nearly enough singing involved, in my opinion. But as I already said, that didn’t mean the episode was a wash – even a not-so-great brain of the week couldn’t temper how much heart this week’s story had. I mean, at one point I thought the entire thing was going to be about Liv tracking down a little boy’s lost dog as a favor to Peyton, and I would have been okay with that. 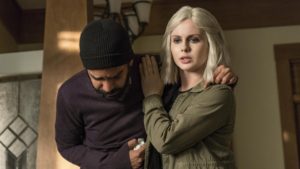 Unfortunately, helping Peyton involved eating heroin addict brain, so when Peyton and Liv both nixed that particular idea, I was relieved…until Ravi started experiencing his “monthlies” and he ate the heroin addict brain instead. To be honest, with the opioid crisis going on in the real world and the fact that drug addiction is a touchy subject in general, I’m not sure that this was the best way for iZombie to explore those things…but thankfully in the end Ravi had a vision and was able to help return the lost dog to its owner. Oh, and he also got the girl. Yay RavixPeyton! (Ravon? Peyvi? If they have a ship name, someone please tell me what it is.)

While I didn’t love theater-brain Liv, I do love that she dove into being Renegade. Despite not having the knowledge and connections that her predecessor had, she refused to give up, and in the end she ran a successful mission and saved some lives. Unfortunately, her new ‘job’ isn’t all sunshine and rainbows – now that she’s taken over the smuggling operation, she has to decide who to save from the long list of applicants…and she can apparently only help three people.

Surprisingly, I was even pretty into Blaine and Angus in “My Really Fair Lady”. First he and Don E did Ravi a solid by you know, not providing him with heroin when he showed up demanding it, and also calling Peyton to come get him. And as much as I’ve disliked the Angus story line so far this season, the Last Supper-esque shot of him at the table in Romero’s got a good chuckle out of me. I’m also still left wondering what his endgame is…because obviously it’s not a standing lunch reservation for him and his followers.

Did you like this week’s brain? How long do you think Liv will last as Renegade? Let us know in the comments!