The CW’s Crazy Ex-Girlfriend Is Perfect in Its Imperfections

I was surprised when the CW renewed their entire lineup for this coming season, and one of the more shocking renewals was that of Crazy Ex-Girlfriend, a show whose first season had some of the lowest ratings on television.

Despite having heard great things about Crazy Ex-Girlfriend, the first time I attempted to watch the pilot it didn’t really pull me in. That said, I’ve never been so happy that I hit a binge-watching lull and decided to give this crazy but also *adorable* show a second chance. But why should you give this pseudo-musical with its quirky, often frustrating characters a go? 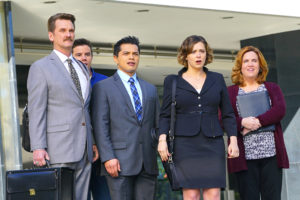 Despite the pilot being somewhat underwhelming, the main plot and side stories quickly gain steam, to the point where I had to force myself to stop watching in favor of you know, eating and sleeping and working and all of those other daily tasks that get in the way of binge-watching an awesome show. Also, Crazy Ex-Girlfriend was created by two women – Aline Brosh McKenna and Rachel Bloom – the latter of whom stars as the show’s main (and essentially titular) character Rebecca Bunch.

And although the main plot seems to be [almost] completely revealed in the very first episode, please trust me when I say that you need to watch more. After all, CW does excel in shows that feature an episodic format that has a bigger arc behind it, and Crazy Ex-Girfriend is no exception. 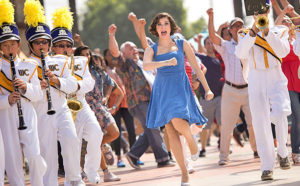 One thing I’d like to note is that the songs are clearly supposed to be the show’s calling card, but in my opinion they’re not for everyone. While I loved some of them (and they’re certainly all sung with gusto), many of them were a bit over the top. Thankfully, numbers like “Settle for Me” and basically anything sung by Paula (played by Donna Lynne Champlin) make up for the more cringe-worthy examples – such as “Sex with a Stranger” and “I Love My Daughter (But Not in a Creepy Way)”.

As I already mentioned, a lot of the characters are frustrating (okay, most of them are), but the thing is, they’re frustrating because despite being part of a comedic musical television show, they’re *real*. They look real. Their flaws are real. Their diversity is pretty damn real. There’s even a bisexual character and oh-my-gods CW please don’t screw that up for us…(Really though, so far they’re doing a great job.) 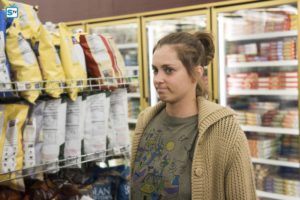 Probably the most succinct thing I can say about Crazy Ex-Girlfriend is that it is perfect in its imperfections. It pokes fun at romcoms while essentially being one itself. It takes a lighthearted but never offensive stance regarding depression. And despite its questionable first season ratings, Rachel Bloom won a well-deserved Emmy for her portrayal of our deeply flawed (but somehow more often than not hilarious) heroine Rebecca Bunch.

The Crazy Ex-Girlfriend season 2 premiere airs on the CW at 9 PM Eastern on Friday October 21st, and of course all of season one is available to stream on Netflix. While Friday night isn’t exactly a prime spot for any show, especially one that didn’t rate well in its first season, I have high hopes that the season 2 plot will keep viewers coming back. I know I will!

Previous:“Will & Grace” Is Back After 10 Years With An Important Message!
Next: Comic Con Copenhagen: Interview with Kerry Ingram