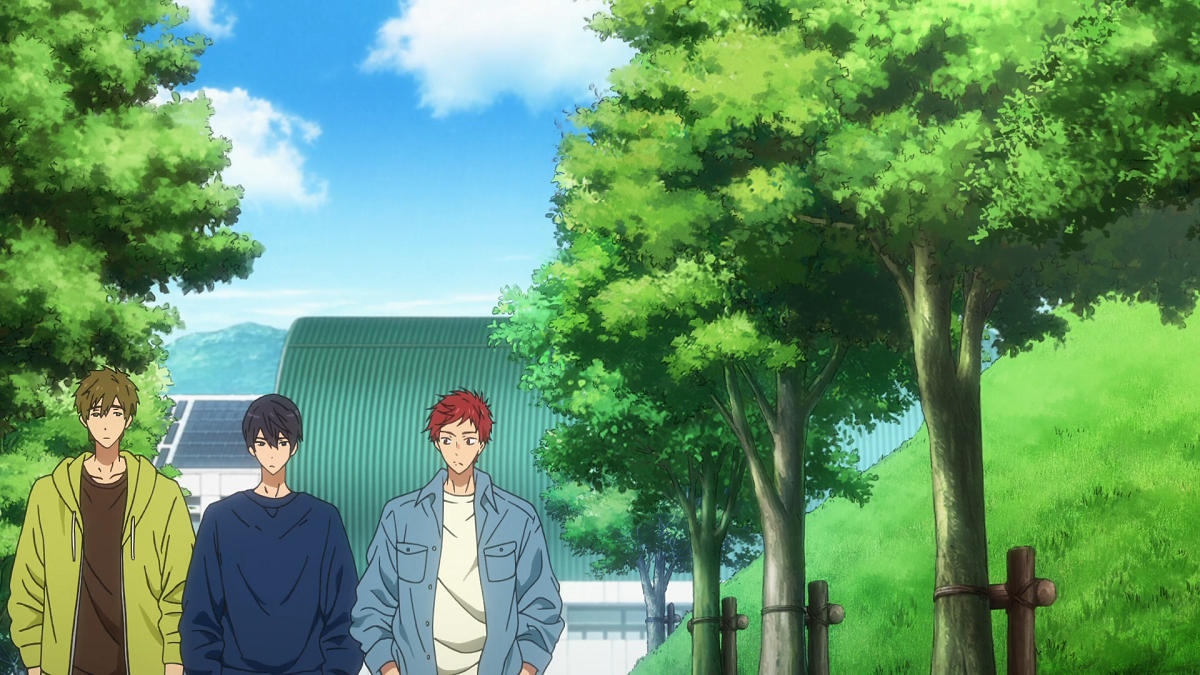 Because this is an anime and things just can’t happen, the boys are once again kept from reuniting with Ikuya in “Interference of Loss!” – thanks to Hiyori, who intercepts them on campus and ends up challenging them to a race before blaming all of Ikuya’s problems on Haru and then swanning off.

Haru, Makoto, and Asahi go to great lengths to reunite with Ikuya in order to apologize for how things ended between the four of them. “Interference of Loss!” showed that Ikuya isn’t as over the whole ordeal as he thought, yet it also seems to show that he regrets what happened as well. I’m sure if he could have the chance to talk to the others, they would be able to clear things up. But this is an anime, so that won’t be how it works out. 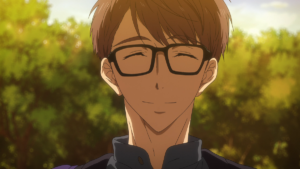 Seriously, how do you not want to punch that smug smile off his face?

Enter Hiyori, who continues to be a pain in the ass. Overprotectiveness I can understand, but Hiyori is coming off as extremely controlling. I understand that this is a trope in anime, and this could be a culture thing, so they may not intend for him to come across so villainous, but right now he’s such a bad guy. He’s essentially acting like he has the right to say who Ikuya is friends with. He seems to blame the others more than Ikuya does, and he’s decided that they’re the devil and they must be defeated. Ikuya can fight his own battles. Not only is he standing in the way of Haru, Makoto, and Asahi trying to genuinely do right by someone who used to be a close friend, he’s unnecessarily rude about hit. His words to Haru at the end of the episode were completely uncalled for. 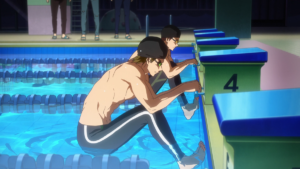 On the plus side, it got Makoto to swim. Makoto stepping in to defend Haru was amazing, and it’s nice to see him swimming again. I like the not-so-subtle hint that Makoto will be applying for the swim coach position, and reintroducing Misaki was a nice touch. I like to see the connections to Take Your Marks. After the race, I can’t help but wonder, is Makoto really that good, or was Hiyori holding back? It reminds me of something Haru said in episode 1, where he swims the other strokes during practice but when he’s serious, he swims free. How good is Haru at the other strokes?

What did you guys think of “Interference of Loss!”?