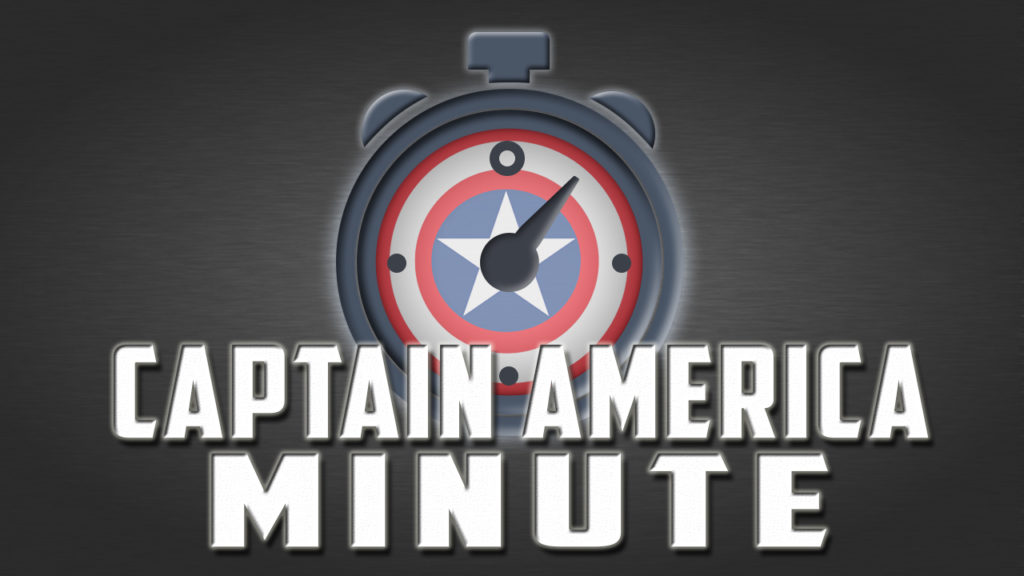 Hello and welcome to our new podcast Captain America Minute!

This twice weekly podcast is inspired by the brilliant guys over at Star Wars Minute, where they analyze the Star Wars films 60 seconds at a time.  They’ve graciously allowed us to borrow their idea and use it to analyze Captain America: The First Avenger and make our own podcast, Captain America Minute.  We’ll analyze 60 seconds of footage each episode discussing theme, direction, cinematography, characterization, fandom, and much much more.

Episodes will be published twice weekly on Mondays and Fridays.  The film is over two hours long, so it’ll take us well over a year to get through the first film.  If you love what we we do with the first film, we may keep going and do the rest of the Captain America films.  So if you like it, let us know!

You can keep track of our episode list on our Captain America Minute page.  There you’ll find episode titles, publication dates, hosts, and links to where you can listen to each episode.  Our first episode is being published today, July 4th 2016, to coincide with Steve Roger’s 98th birthday.

You can listen to it on mixcloud. iTunes coming soon.

So who are your hosts?

Dean has been a fan of cartoons and superheroes since he was a child.  Comics aren’t always easy to find in Germany, but he often borrowed his brother’s until he started his own collection last year.  He grew up with a ton of Spider-man, Fantastic Four, and Avengers.  He’s a Steve Rogers fanboy to the core and shipped Steve/Bucky/Sam from the moment Sam walked on screen.  He was late to the Marvel Cinematic Universe, but contrary to what Honest Trailers states about fans, Captain America is Dean’s favorite stand alone movie and Avenger (so suck it).

Dean is a photographer and has been an editor for the Geekiary since 2014. 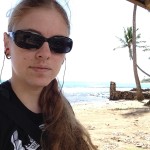 In the late 90’s and early 2000’s Angel was a hardcore Batman fangirl.  Her cat is named Bruce Wayne and she fangirls Harley Quinn at any given opportunity.  When Iron Man premiered in 2008 her fangirl tendencies began to shift towards Marvel.  She’s fallen far down the rabbit hole of Marvel fandom and shows no sign of changing course.  She’s an unrepentant Bucky Barnes fangirl, Stucky shipper, and is buried deep in the Sebastian Stan trashcan.

Angel has a BA in Film & Digital Media from the University of California, Santa Cruz and has been a guest on various podcasts and webcasts including Genre TV for All, Free2B Radio, An Englishman in SDCC, and our own website’s FEELINGS… with the Geekiary.  She was also a news anchor on her college campus news station and has written for the Geekiary, Friends of Comic-Con, and has essays published in Fandom Frontlines.

Angel is the admin of the Geekiary (the website you’re reading right now!) and lives in Hawaii, exactly 12 hours time difference from Dean. Finding a convenient time to podcast is hard, guys!