Geekiary Anniversary Day Two: 2 Sequels That Were Better Than The Original 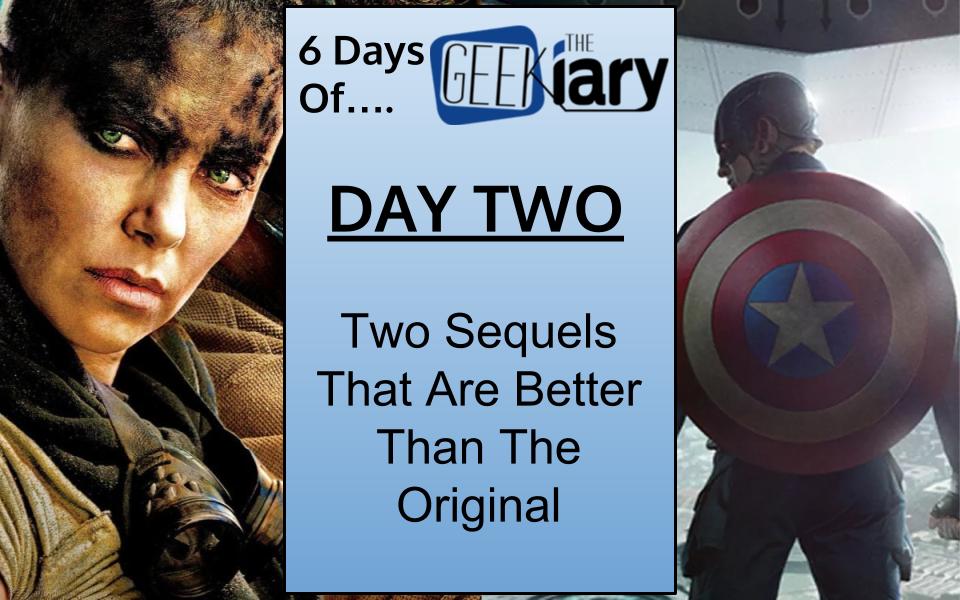 The Geekiary turns 6 this year, and to celebrate we’re highlighting some of our favorite things. For Day Two, we’re taking a look at two sequels that blow the originals out of the water- Mad Max: Fury Road and Captain America: The Winter Soldier. 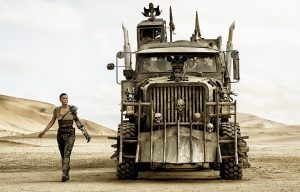 The older a movie is, the harder it is to do a good sequel. Audiences are attached to classic films emotionally as well as intellectually, which sets the bar unreasonably high. Sequels are required to be innovative enough to interest new fans while keeping the feel of the original movie. Sometimes it seems like there’s no way to bridge that gap, no way to try new things without cheesing off legions of angry fans.

There was some sexist backlash around the movie’s release back in 2015, but aside from that both critics and audiences loved Fury Road. It was the second highest-grossing film of 2015 for Warner Brothers Entertainment and held the number one spot on Rotten Tomatoes that year. It’s still #7 on Rotten Tomatoes’ Top 100 Movies Of All Time.

Every Mad Max movie has been at least positively received by critics, but Fury Road is the first to have earned Academy Awards (six wins out of ten nominations). More importantly, it’s one of very few sequels ever to have been nominated for Best Picture. (If the dispute between George Miller and Warner Brothers keeps burning, it may be the only one we get for a while, too.)

So what makes Mad Max: Fury Road one of the two best sequels of all time? It comes down to two things:

Overall quality: Fury Road is so stunning in every way it’s hard to know what to talk about first. The visual effects grab you from the first scene, sweeping you along for the entire 120 minute runtime. There’s no “bathroom scene” where viewers can sneak out without missing something important. Virtually every cast member big and small turns in an Oscar-worthy performance. Composer Junkie XL’s musical score so perfectly captures the Mad Max tone that it was used to inspire actors when they came in for audio touch-ups. It makes combining ridiculous theatrics (THAT FLAMING GUITAR) and up-close realism look easy when it’s actually one of the hardest feats for a director to pull off. Even the sound effects are flawless -very important in a film where the title character speaks so little.

Fury Road isn’t just a great sequel- it’s an amazing movie in its own right. It pushes the story forward in a way that appeals to new and old audiences

Representation: Mad Max made a lot of money and a lasting mark on pop culture, but it wasn’t exactly great at representation. It was made in the late 70’s in Australia. There weren’t a lot of great female characters- really, any kind of female characters- and they were mostly concerned with operatic car chases and brutal kill-or-be killed post-apocalyptic action. The most interesting female character we get is Aunt Entity and she’s the villain of Mad Max: Thunderdome. Fury Road, however, gives us lots of interesting women.

Best of all, none of these women are love interests for Max. They’re there to tell a story that isn’t about romance. Fury Road is about vengeance and survival and trying to build a future. We get old women, disabled women, pregnant women putting themselves in danger and using that as a weapon- really, this is some quality representation.

It’s just one more way Fury Road takes Mad Max. Instead of being weirdly addictive popcorn action movies, the series can now support much more serious themes going forward. It has serious critical merit without forgetting to be fun, and that breathes new life into the whole franchise. 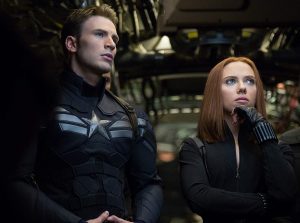 The bromance between Cap and Black Widow is intense. She needed a friend like him.

Remember when the MCU was young? A massive shared universe on this scale had never been done before, and audiences were still reeling at the sheer novelty of it. Everything was bright and shiny and the films kept mostly living up to the hype.

Then Thor: Dark World happened. It was better than a lot of people remember (go rewatch if you don’t believe me) but it still consistently ranks as one of the weakest movies in the MCU. There are actually two DCEU films better than T:DW. That’s how bad it was. The Captain America sequel which was next in line started to look a hair less interesting.

We should have had more faith in the Least Problematic Chris (and the entire production team, really). Captain America: The Winter Soldier is awe-inspiringly good. It does what the MCU does best: makes big stories small and tell them with heart.

Cap was in The Avengers, of course, so we’d seen some of the aftermath of waking up from the ice. Avengers was an ensemble flick, though. It couldn’t really explore Captain America’s reactions to everything without bogging down the plot. CA:TWS took an up close and personal look at how a Lawful Good character like Cap would function in the modern world, what it would really be like to lose 70 years of culture and have to carve out a new space for yourself.

On top of that, Winter Soldier did justice to a powerful relationship that would go on to shape the MCU as a whole- that of Steve Rogers and Bucky Barnes, AKA The Winter Soldier. With Peggy fading out Bucky is Steve’s only real connection to the world he grew up in. They’re the closest of friends (even if you don’t buy into Stucky, like actual hordes of fans do). If Winter Soldier hadn’t done such an outstanding job establishing the deep, unshakeable connection between them, the following movies wouldn’t have worked nearly as well. Captain America: Civil War would have felt contrived. Avengers: Infinity War would have gone differently. Maybe they would still have bee good- but I think it’s obvious they would have been missing part of the heart. 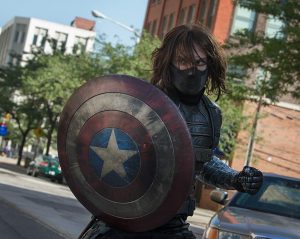 Ignore the murder eyes. He is a precious, precious cinnamon roll who must be protected.

Of course, the argument here isn’t whether Winter Soldier is a good movie. The argument is whether it’s better than the original, namely Captain America: The First Avenger, which itself is one of the best superhero origin stories out there. Here are 5 reasons we think CA:TWS has an edge:

We did six reasons instead of five but can’t bring ourselves to delete any of them. This movie is just that good.

In a very real way, Captain America: The Winter Soldier is a lynch pin in the MCU. It’s a fixed point in greatness, and for a sequel to accomplish more than the original movie- especially when the original was so good- is worth recognizing.

What do you think of our choices? Do you agree, or is there another sequel you’d put out there? Let us know below! You can also check out the first post in our anniversary series: Day One: 1 New Convention We’re Excited About