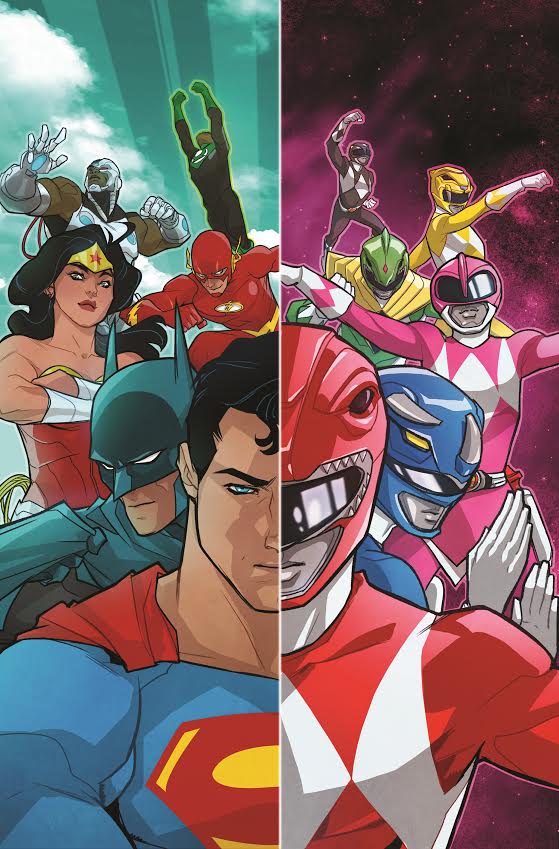 I don’t think I’ve ever wanted the Mighty Morphin Power Rangers franchise to do a crossover with DC Comics. However, the current announcement has made me quite excited. The comic book crossover event will start on January 11, 2017. Tom Taylor (Injustice: Gods Among Us) will write the series. Stephen Byrne (Justice League of America: The Ray) will draw it.

A breach will occur in the Power Rangers’ Command Center. This will lead to the teleporters malfunctioning and Zack the Black Ranger traveling to the DC Universe. The rest of the Power Rangers will work together to bring him back. The press release states that they have to save Zack from Batman. No further explanation was provided. The Justice League roster during the comic book event will include Batman, Superman, Wonder Woman, Green Lantern (John Stewart), the Flash and Cyborg.

Karl Kerschl will draw the covers for the series. Each of the six issues will also have variant covers featuring a pairing consisting of a Power Ranger and a member of the Justice League.

Dan Hipp will draw the Batman/Pink Ranger variant cover. I’m a fan of both Bruce Wayne and Kimberly, so that is the variant I’m looking forward to the most.

While the Power Rangers don’t stand a chance in front of the Justice League as far as power levels are concerned, I’m still certainly looking forward to seeing the crossover.

What are your thoughts about the Justice League/Mighty Morphin Power Rangers crossover? Let us know!