Kuroko no Basket: Or, How I Fell in Love with a Basketball Anime 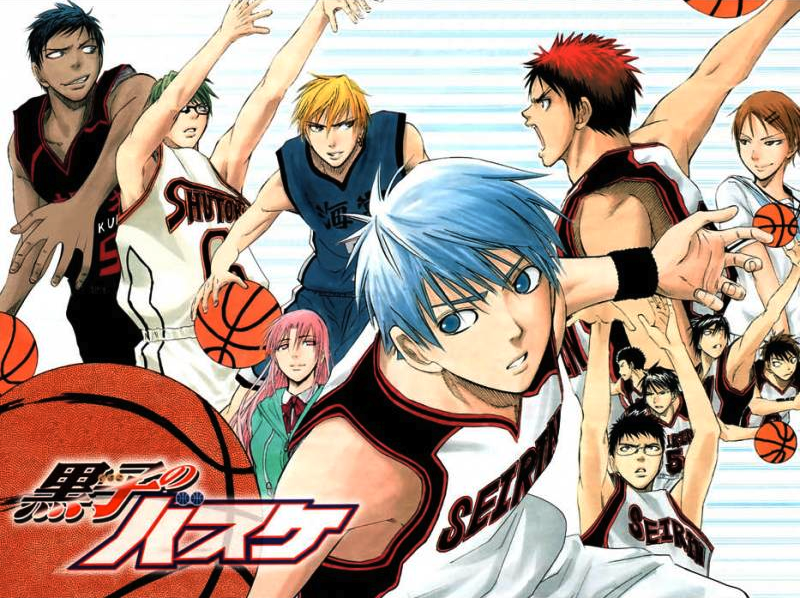 If you’d told me six months ago that I would end up watching hundreds of anime episodes before this year was even half over, I probably would have laughed out loud. “I tried anime,” I would have said. “It’s just not for me.” 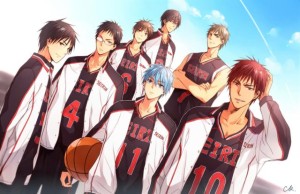 If you’d told me six months ago that I would end up falling in love with anime thanks to one about Japanese high school basketball, I probably would have just stared in disbelief. “My friends might watch it, but I don’t like basketball or anime,” I would have said. “Not happening.”

And yet obviously both of those things happened, and it’s all because of Kuroko no Basket. The show was recommended to me by several friends, though I believe that it was fellow Geekiary writer Ashley who started it all, at least among the group of Kuroko no Basket fans I know and love.

Now, I will freely admit that I’m glad I fell in love with this show when I did, because I can only imagine how maddening it would be to wait for new episodes when some of the games last for five or more of them. That’s also the biggest reason why I waited until season three ended to post this recommendation – because now you too can go binge watch 75 episodes of basketball anime! 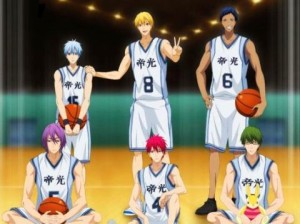 I suppose the important question is, “But why?” And I could give you the usual reasons – it has great pacing (in that OMG-I-don’t-want-to-ever-stop-watching-this sense) and awesome characters; it’s funny, it’s heartfelt, it’s just generally enjoyable in ALL THE WAYS. But none of that really does this show – or how I feel about it – justice.

To be honest, one of the best things about Kuroko no Basket (a.k.a. KnB, or as my friends and I call it, BASUKES) is that although its namesake character is of course very important, so many other characters are just as well-developed. (And I’ll admit that many times they’re even more lovable than Kuroko himself.) It’s basically impossible to not love Hyuga’s silly bursts of anger, Izuki’s terrible puns, Mitobe’s silent sweetness, Riko’s [rightful] bossiness, and Kiyoshi constantly reminding everyone to have fun.

(Just don’t get me started on Cat Face.) 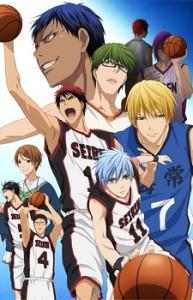 And none of those characters are part of the infamous Generation of Miracles. Yes, Kise and Midorima and Aomine are awesome in their own right, but the Seirin team is the heart and soul of this show. Their players may be below average compared with those on other teams, but they’re a true team, and watching them is just so damn uplifting. Because despite the crazy over-the-top talents that so many of the KnB characters possess, the real messages of the show are to work hard (and better oneself through that), have faith in your teammates, and, well, to “reach for the stars”, so to speak.

Another [almost surprisingly] great thing about this show is how it forces you to suspend reality as you watch these characters perform insane feats like immediately being able to copy other players’ moves, or essentially ‘disappear’ from sight, or have a perfect record of shooting three-pointers. If anything, this makes it easier for those who don’t know anything about (or in my case, don’t care about) “real” basketball, to watch.

But in the end I think that what really sucked me in about Kuroko no Basket is that it’s damn honest. It knows that it’s a bit ridiculous at times – it owns it, it’s honest about it, and sometimes it even pokes fun of itself for that. And it also has a lot of heart. I was insanely attached to it before I even knew that I was attached to it, and I don’t regret one moment I spent watching it.

In fact, now that I’ve finally finished all three aired seasons, it’s definitely time for a re-watch. See you in 75 quarters!