After finishing Kuroko no Basket over the summer, there was a void in my life that needed to be filled with more anime.

Still, when a friend told me he’d stumbled across a show that had something to do with a 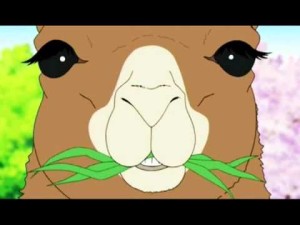 bunch of animals hanging out in a cafe, asking a llama about his skills – which, by the way, included “eating grass” and “having long eyelashes” – I wasn’t quite sure what to think.

But we dove in nonetheless.

I’m not even ashamed to admit that I started watching Polar Bear’s Cafe while on vacation in Hawaii. I mean hey, sometimes one needs an afternoon to wind down a bit, even on vacation! In fact, Admin Angel was in the room with me when I watched those first episodes, and I know she got a few good laughs out of my reactions. And that was just the first couple of episodes – but to be fair, they include meeting a lazy Panda who goes looking for a part-time job, a Penguin getting drunk, and much, much more. 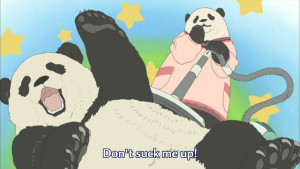 One thing that was a bit hard to swallow was the fact that the original intro is a flight of fancy (welcome to my attempt at a Polar Bear’s Cafe pun) that has next to nothing to do with the show as a whole. But in the end I got over that, as I think most people would…because this show is really about everyday life. Just, you know, featuring a Panda, a Penguin, a Polar Bear, and their many Animal friends, with only a couple of humans thrown in for good measure. 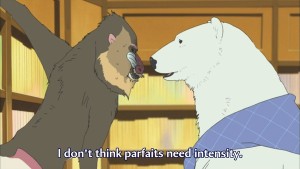 Keep in mind that even though most of the characters are animals, Polar Bear’s Cafe isn’t exactly a kid’s show. It’s not really that anything questionable happens (besides some drunken nights in “Bar the Grizzly” and one human character’s bothersome obsession with Panda) – it’s that the characters are adults, the biggest repeating story lines involve their jobs, and the humor is usually deadpan, full of puns, and often involves the show poking fun at itself.

While I enjoyed and would highly suggest watching Polar Bear’s Cafe straight through from beginning to end, plenty of the episodes can be watched as stand-alones. Just keep in mind that you may miss out on some character development (because yes, that actually happens) and/or some of the more heartfelt subplots.

Yes, there are some questionable or downright slow episodes, but even though the episodes appear to be 24-ish minutes long, they’re actually broken up into two shorter ones, each of which features its own story. So if you’re not really feeling a specific plot line, hey, just wait a few minutes and they’ll be on to the next thing. This does lead to a lot of “cliff hangers” (if you can really call them that, considering that this show doesn’t offer much in the way of drama) but over time that just becomes one of the silly things to enjoy about Polar Bear’s Cafe. 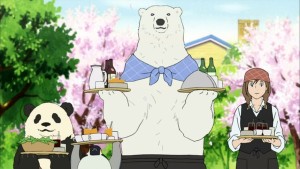 In the end my conclusion is: come for the coffee, stay for the service. If you can appreciate the type of humor offered, you’ll end up addicted…and even if the humor isn’t your cup of tea, you’ll learn a lot about coffee and probably grow to love the characters anyway. They may be (for the most part) Animals, but overall they’re just delightful. I honestly don’t regret a minute that  I spent watching this show, and I don’t think you would, either.

Polar Bear’s Cafe can be found subbed on Crunchyroll. 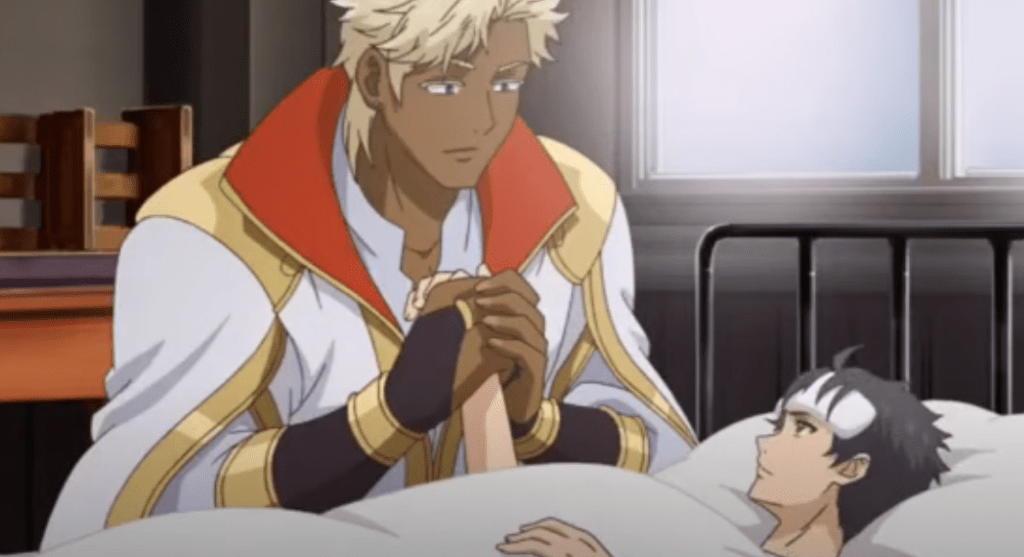 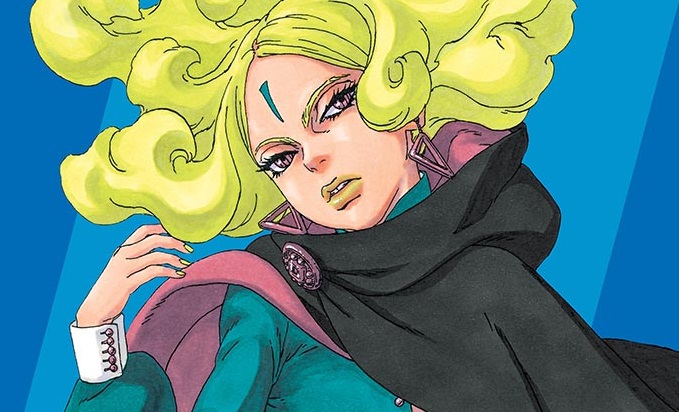 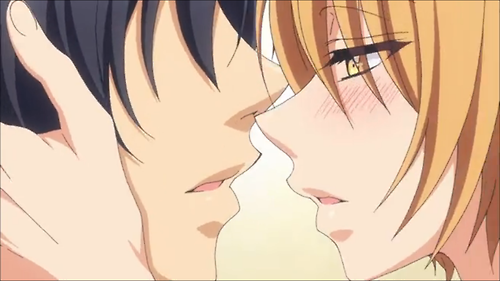