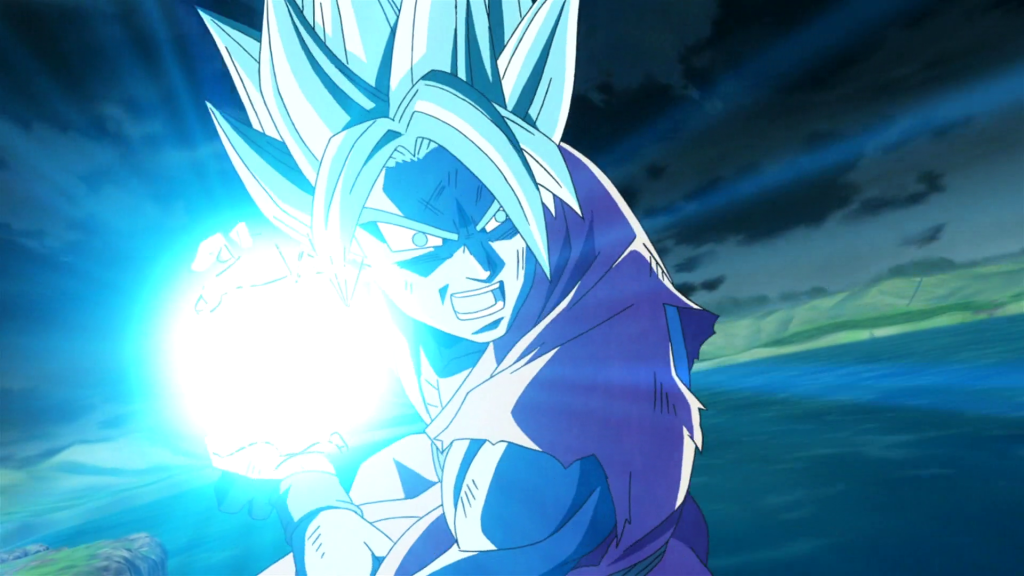 Dragon Ball Z: Resurrection of F is most definitely one of the better Dragon Ball movies I’ve seen, and keep in mind that I’ve seen all of them. There were indeed some problems present in the film, especially regarding the role of female characters in the story, but overall I enjoyed the new offering in the franchise.

As the name implies, the premise of the story revolved around the resurrection of a famous Dragon Ball villain, Frieza. His goons use the Earth’s Dragon Balls to bring him back to life and, being the kind of character he is, Frieza is hell-bent on exacting his revenge on Goku. It turns out he never trained a day in life, and by continuously training for six months he’s able to unlock a whole new form. I guess the writers had to think of something in order to even out the fight between him and the all-powerful Goku in the sequel to Battle of Gods.

Similar to all Dragon Ball movies, there wasn’t much of a plot in this one either. Goku and Vegeta were out training, a bad guy came to destroy Earth, other good characters held the line until Goku returned, and Earth was saved. It was indeed the same old story but made highly enjoyable by the animation.

The action, even when secondary characters are fighting, is fast-paced and impressive to watch. I was expecting more familiar characters to show up in order to battle Frieza’s army, but that didn’t happen. Where was Boo during all of this? I would’ve liked to see him participate in the battle, too.

The Dragon Ball franchise has always been a ‘Boys Only’ club for a long time, and that’s why I was disappointed to see it not change in 2015. Android 18 didn’t partake in the battle to save Earth. Instead of fighting Freiza, her husband told her to stay home with their daughter. The only other female character present throughout the movie was Bulma, and even she only served as comedic relief and cheered for the good guys. I do feel that this franchise needs to change things a bit and give female characters some spotlight. They don’t necessarily have to be stronger than the main protagonists, but they should at least be able to do something when Earth’s in danger. 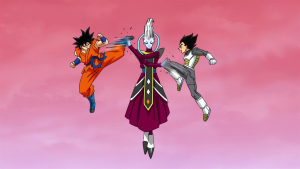 I was definitely surprised to see some hints towards character development for both Goku and Vegeta by Whis (one of my favorite characters). The Dragon Ball films aren’t known for character development and are mostly considered non-canon by some fans. Whis blatantly stated each Saiyan’s weaknesses, and I think we’ll get to see them work on them as the movie series continues or perhaps during Dragon Ball Super.

The final fight between Frieza and God Goku was quite enjoyable. I smiled when Frieza’s weakness was revealed to be similar to how Vegeta and the others tried to unlock Super Saiyan Level 2 during the anime. Frieza’s impatience with regards to not allowing his body to get used to his final form was his downfall. The only complaint I have is that the movie didn’t let Vegeta kill Frieza. In a sense, he deserved it more than Goku because Frieza destroyed the planet Vegeta was Prince of.

The final moments showing Whis turning back time to allow Goku to prevent the destruction of Earth were a bit predictable, but then again Goku has always been the sole savior of the Dragon Ball universe.

What did you think of Dragon Ball Z: Resurrection of F? Did you enjoy the fight between Goku and Frieza? Let us know!