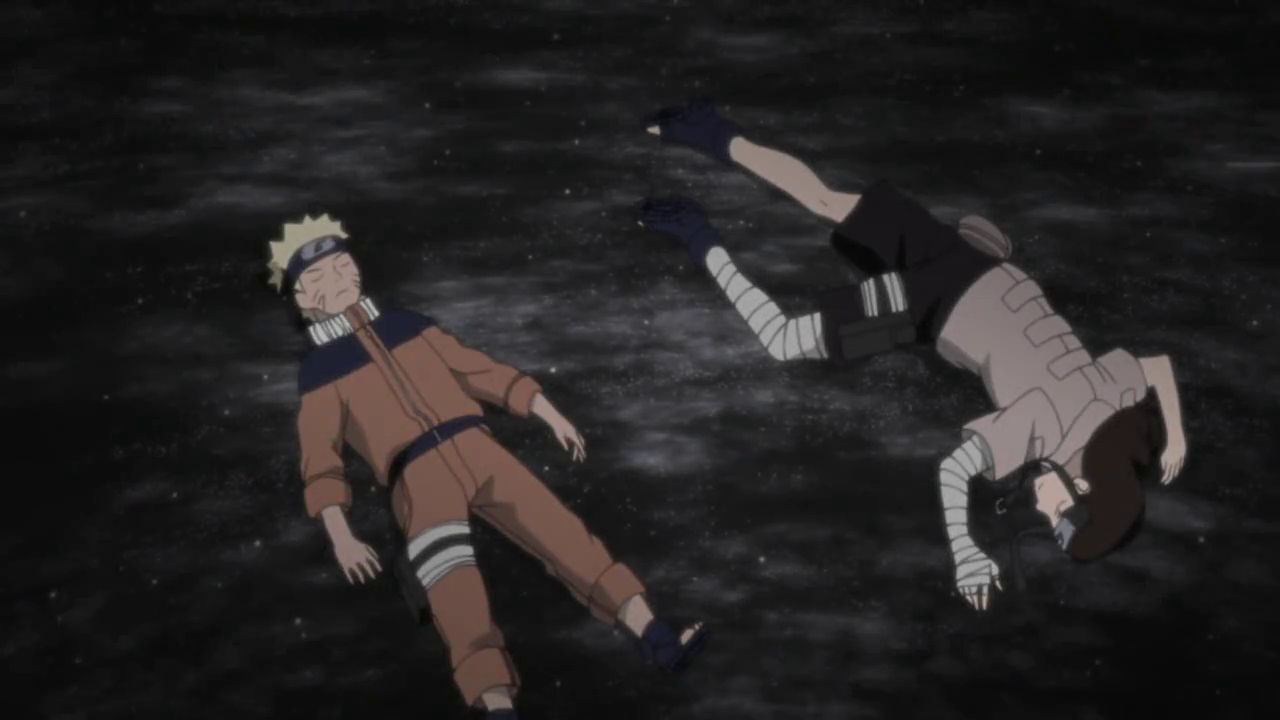 Even though I’m a fan of certain Naruto Shippuden filler arcs because they put the spotlight on secondary characters, the current arc has me wishing it would end already!

Tsunade’s dream due to the ultimate genjustu made me think about a lot of things. In a sense, the way the story has progressed makes it look as if the dream we are watching is Jiraiya’s and not hers. Why would Tsunade even dream of reading one of Jiraiya’s books? Why would the story she’s reading be this bad? Does she believe that Jiraiya isn’t a good writer? And why would he use real characters from his own village in the story? He didn’t even bother to change their names. There are just too many questions that come along with the current filler, and I know that none of them are going to be answered because it is filler.

When the ultimate genjustu started, I was excited because it meant we would get a couple of episodes focusing on each character’s deepest desires, their idea of the perfect world to live in. However, things changed during Tsunade’s turn. I was expecting her dream world to show her being happy with the loved ones she lost, especially her younger brother and Dan, her boyfriend. But instead we got her reading a boring story by Jiraiya starring young versions of familiar characters. 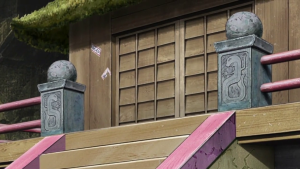 Coming to the story itself, the encounter between Shikamaru’s team and Team Jiraiya continued. We got to know a bit more about the village and why the inhabitants were told to leave. It was revealed that the people of the village prayed to Lord Mashima who lived underground. Shikamaru, being a genius, remained skeptical about the deity and found out that Lord Mashima were actually giant lizard-like creatures.

I was a bit confused about why Shikamaru didn’t decide to rescue the two children when they fell. He kept talking about priorities and how they needed to join the rest of the teams instead of rescuing them. However, I was happy to see that his team ended up saving Team Jiraiya and the two children from the lizards in the end.

Team seven and the rest of the young ninjas found a dimensional rift showing all of the kidnapped team captains. Sasuke advised to follow the rules and send back word to the village while Naruto, being the kind of character he is, ran head first into the rift to save the captains.

The only interesting thing was that Neji ran after him. I wasn’t expecting the antagonist to have a Byakugan. According to the villain, he despised the Hidden Leaf Village because they put rules ahead of the lives of children and he invited Neji to see the secrets the village hid.

Things could get interesting next week but I won’t be holding my breath. As far as I’m concerned the current filler can’t end sooner.

Did you watch Jiraiya Ninja Scrolls – The Tale of Naruto the Hero – Order of Priorities? Are you enjoying the current Naruto Shippuden filler? Let us know!