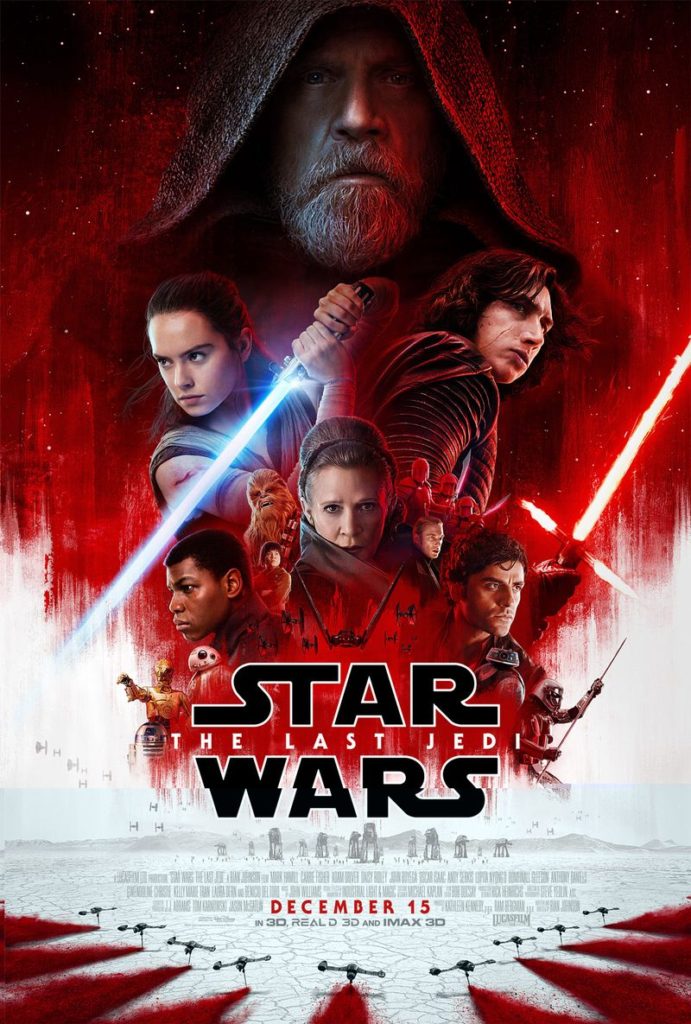 The new Star Wars: The Last Jedi trailer is here and yes, it’s spoiler heavy. However, I’ll try and talk about it without spoiling everything the trailer shared with the world.

The new The Last Jedi trailer was shown during Monday Night Football’s halftime show. For someone who doesn’t mind spoilers, the Star Wars: The Last Jedi trailer had a lot of new content. I was surprised to find it being very Kylo Ren heavy. It also showed that Rey isn’t receiving the kind of tutelage she expected after finding Luke Skywalker. There are also some scenes that look like flashbacks involving Luke.

Star Wars: The Last Jedi is the second film in the current trilogy. That’s why I think that due to being the second act in the story, you should be ready for some emotionally heavy scenes. I wouldn’t be surprised if all of our heroes face devastating defeat and then try to work toward victory in the third film.

The most interesting thing for me, judging by The Last Jedi trailer, is the implication that Kylo Ren might have a change of heart. He’s clearly experiencing internal turmoil and his journey might make him into some sort of an anti-hero.

I did an entire breakdown of the trailer as well. Do check it out if you want.

Seeing Carrie Fisher as Leia Organa pulled at my heartstring. May she rest in peace.

Star Wars: The Last Jedi is set to open in theaters on December 15, 2017. It stars Mark Hamill as Luke Skywalker, Daisy Ridley as Rey, Adam Driver as Kylo Ren, John Boyega as Finn, and Oscar Isaac as Poe Dameron.

Star Wars: The Force Awakens was released in 2015 and went on to make $2.068 billion at the global box office.

Let’s see if the new The Last Jedi trailer is able to bring a huge audience to theaters again.