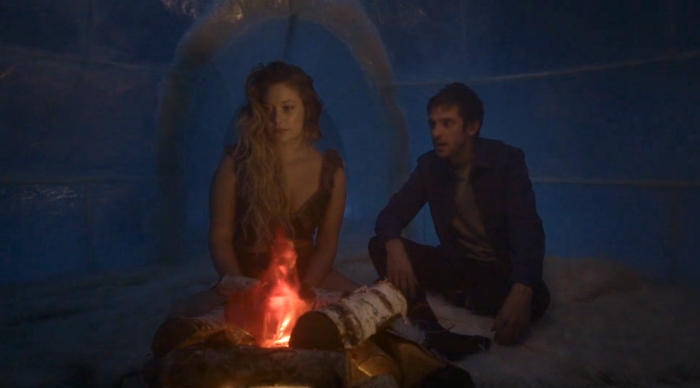 “Chapter Twelve” was all about Syd.  It shattered me in ways I didn’t think this show could, but honestly I totally should have expected Legion to push me to an emotional extreme.  It’s extreme in all other ways, after all.

I don’t ship heteronormative pairings often, so to say that David and Syd have reached OTP status means they’re definitely something special.  As a result of this die-hard shipping, “Chapter Twelve” ran my emotions through the wringer.  We get an up close and personal look at Syd’s youth, which we’ve only had glimpses of through the few anecdotes she’s been willing to tell in previous episodes.  We see that Syd’s touch aversion goes as far back as when she was an infant, and her evolving powers continued to haunt her through her childhood and teenage years as she learned to not only live with them, but use them to her advantage.  This wasn’t always a good thing, though, and we see her struggle through many terrible moments in her life.  Adolescence is hard for anyone, let alone a mutant who can’t be touched without activating a rather horrifying power. 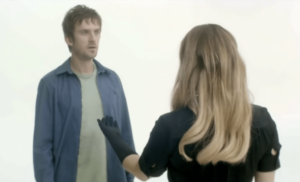 David, for his part, tries his hardest to understand her.  His love for her is obvious and it’s heart breaking to see him be wrong about what her ‘maze’ means over and over again.  Of course, when the monk dies and everyone except Syd wake up from their mazes it’s apparent that hers is a bit more self-induced than the others, but it still feels horrifyingly inescapable regardless of what’s causing her mental loop.

The scene in “Chapter Twelve” that had the biggest impact was seeing the anecdote that she told David back in season one actually play out.  This is, of course, where she switched bodies with her mother to sleep with her mother’s boyfriend.  She was a rebellious teenager searching for intimacy and she made a terrible decision, but that’s not really the take away from the scene.  The point of the whole thing isn’t the trauma or her bad decisions.  It’s how she’s used these experiences to continue to survive and thrive and keep fighting.  Even David was taken back by watching it all actually happen, though.  It was powerful to witness.

While the majority of the episode was about Syd and David, there was more going on in the background.  Kerry woke up, thankfully.  And somehow Cary ended up merged inside of her.  It seems their positions are still reversed.  As unfortunate as that is, I’ll take uncomfortable Kerry/Cary over dead Kerry/Cary any day.  Why did he disappear at the end of “Chapter Eleven”, though? I have no idea.

We also got Lenny.  No, not mental-projection-Lenny.  Not Shadow-King-using-Lenny-as-a-mask.  No, we got real IN THE FLESH LENNY.  How??  I have no idea on this, either.  But when it comes to throwing random things at us in an effort to keep Aubrey Plaza on the show, I’m more than happy to eat up whatever plot device they throw our way.  This could end up making no sense, but based on how this show has treated us so far, I’m more than willing to give them a pass.  They’ve earned my loyalty that much at this point.  And I adore Aubrey.  So really, how is this happening?  I’m curious, but it won’t ruin it if it ends up being kind of a cop out.

The obvious tantalizing thread for next week’s episode is Lenny and that for sure excites me, but I’m going to just let my emotions about David and Syd wash over me for a few days.  “Chapter Twelve” was a shipper’s dream.  It hurt, but in a good way.  So far it’s my favorite episode of the season by far.