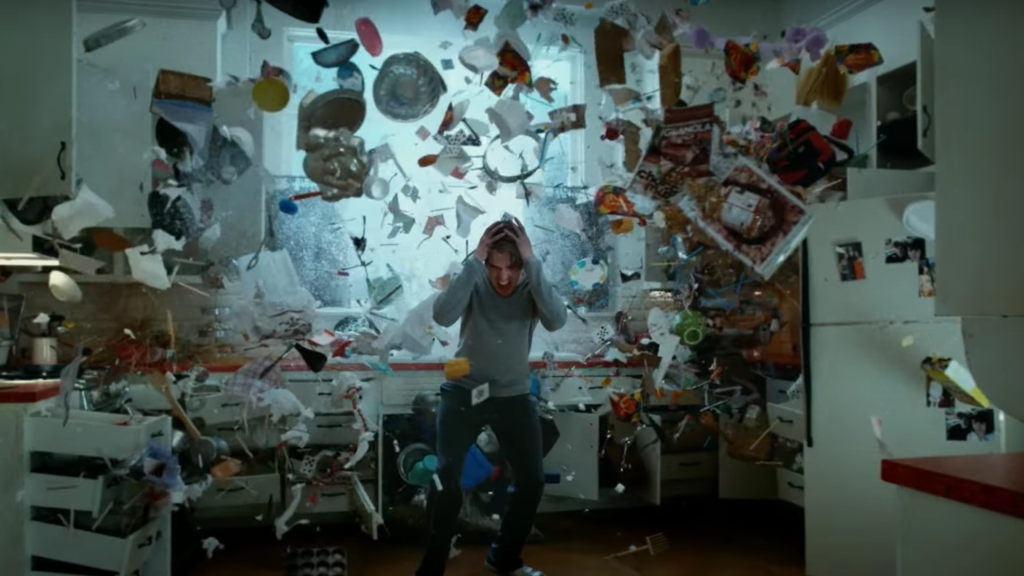 I went into Legion completely blind, without having seen a single commercial or read a single article.  It was definitely a pleasant surprise.

What got me interested Legion was a simple tweet comparing it to Mr Robot and Westworld.  Over the past year, both of those have climbed my list of favorite shows, so I had to give it a shot.  After having watched the first two episodes, I can understand the comparison.  The narrator is unreliable, much like Elliot and Dolores, but I’d place it closer to Mr Robot than I would Westworld. We are watching a questionable story unfold through a character suffering from mental illness, not a horribly confused robot who keeps having their mind wiped.  Still, this type of narration has become popular in recent years, and I’ve become somewhat critical of its use as a way to have a cheap plot twist.  Both Westworld and Mr Robot had their ‘twists’ revealed ahead of time because of the knowledge that the narrators couldn’t be trusted.

Now obviously I don’t hate all of the shows that choose to use this narration tool, but it has to be done very carefully.  Writers need to be even more cautious when using mental illness as a vehicle for this type of surprise, as they run the risk of being horribly offensive and spreading misinformation.  In my opinion, Elliot in Mr Robot is a character suffering from a mental illness done right. So far the protagonist of Legion also appears to be depicted in a more sympathetic light without falling back on stigmatizing the illness to begin with.  I’ve only seen the first two episodes, though, so I don’t quite know how it’ll play out in the long run.  Hopefully it can continue to straddle that line without becoming offensive. 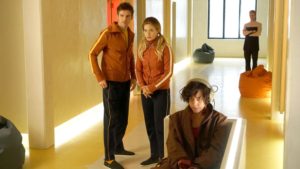 As I was going into this completely blind, I also had no idea this was based off a Marvel character.  Thinking back, the title certainly should have given that away, but it’s so generic sounding I didn’t connect it to the character. I was rather pleased that the plot of the show was gripping even without having to rely on its Marvel origins, though.  The thing that gave it away for me was the fact that they used the word ‘Mutant,’ but other than that it doesn’t feel like a superhero genre show.  If anything, it feels like a similar genre as The Magicians.  It’s a supernatural ‘ordinary people with extraordinary powers’ type plot that just happens to be tied to a major superhero franchise.

I’m not sure how much of the X-Men mythos they’ll be able to use, but it is being produced by FX so it shouldn’t be too hard to borrow characters.  Creators have even alluded to ‘touching’ on the Professor Xavier connection.  This, combined with the much anticipated film Logan, makes me think the Fox line of Marvel productions might be feeling the pressure from the Disney/Marvel Cinematic Universe.  They seem to be upping their game.  And you know what? That’s fine. I’m an MCU loyalist at heart, but if Fox is going to start throwing out content that matched the quality of MCU I’m not going to complain.  Choices are great.  Competition raises quality. More fabulous superhero content please!

The design of the show may make Legion what many people like to call ‘inaccessible’ to mainstream audiences.  The same thing was said about Hannibal, which may or may not have led to its ultimate demise.  Those shows don’t shy away from artistry and that might annoy some people.  However, that’s my jam, man. I’m down for even more beautifully done TV shows.  I don’t think creators should feel compelled to dumb down their artistry to appeal to a wider audience. I think artfully produced shows can succeed just fine.  The show is visually stunning and makes great use of framing, lighting, and color to compliment the story.

So what do we have here? We have a show with the unreliable narrator structure of Mr Robot and Westworld, the artistry of Hannibal, and the magical people genre feel of The Magicians.  It’s also Marvel without feeling obligated to shove references to other properties every few minutes.  Don’t get me wrong, I enjoy a good Easter Egg, but I’m also interested in seeing it grow on its own among people who don’t look for every single reference.  All around I’m pretty pleased with what we’ve been given.  I hope the rest of the season continues to deliver.

1 thought on “‘Legion’ Is Intriguing and Visually Beautiful”