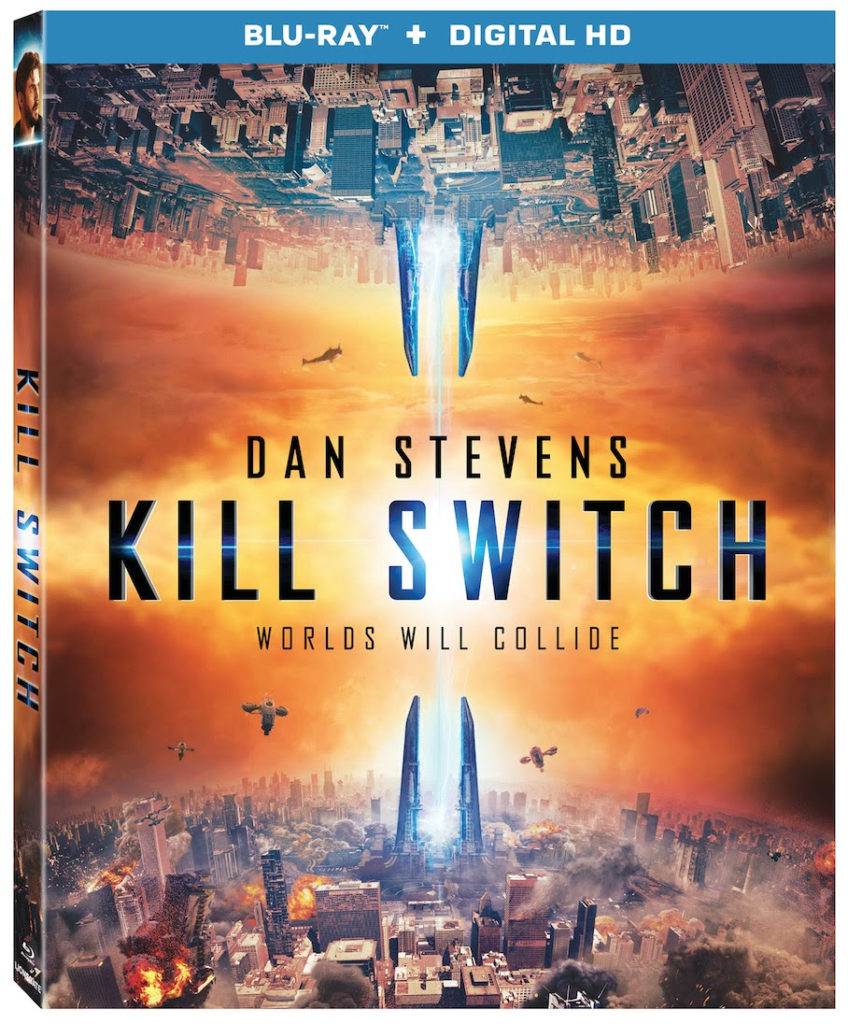 Lionsgate Home Entertainment will be releasing Kill Switch on 22 August 2017, on Blu-ray and DVD. The film stars Dan Stevens as he tries to save two worlds.

Dan Stevens plays Will Porter in Kill Switch. The film is set in a futuristic world where “an experiment for unlimited energy goes wrong.” Kill Switch will be released on Blu-ray (plus Digital HD), DVD, and Digital HD on August 22. The Blu-ray’s suggested retail price has been shared to be $24.99 while the DVD will be available for $19.98. The film is currently available On Demand.

In the future world, a physicist’s experiment to harness unlimited energy goes wrong. Chased by drones and soldiers, Will Porter must race through an imploding world and retrieve the Redivider box to save his family — and all of humanity!

Check out the trailer below. A lot of scenes are inspired by first-person video games. The film does look like an enjoyable mix of sci-fi and action.

I got to know about Dan Stevens from watching Downton Abbey. He also starred in Beauty and the Beast (with Emma Watson) as well as Legion. He will be playing the role of Charles Dickens in The Man Who Invented Christmas.

According to The Hollywood Reporter, the busy actor shot Kill Switch in four days. The cast also includes Bérénice Marlohe and Charity Wakefield.

Are you a fan of Dan Stevens? Excited about Kill Switch? Let us know.