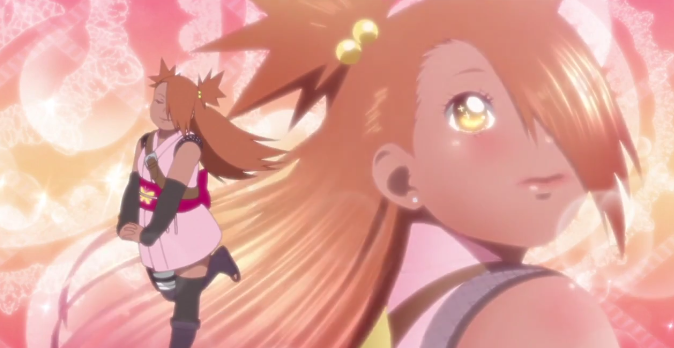 This week’s episode of Boruto: Naruto Next Generations focused on Chocho while also handling a serious subject matter in “Love and Potato Chips”.

Trigger warning for mention of sexual assault in this review of “Love and Potato Chips”!

It looks like the mystery behind the shadowy figure will soon be revealed. “Love and Potato Chips” showed that people ended up getting their chakra drained after possession. While Naruto has started an investigation, we don’t know much about the current antagonist. There is a chance that he or she is a kid. I say this because their control over other people isn’t strong. They also seem to be randomly possessing people.

I’ve been a fan of Chocho since Naruto Gaiden. While the rest of kids are more or less copies of their parents, Chocho stands out. She is lazy but thinks highly of herself. This episode also showed her to be quite wise. She was able to break Migre’s possession without fighting.

Now, while “Love and Potato Chips” used humor, it still talked about stalking. Migre liked Sumire and decided to stalk her instead of revealing himself. Even though this is an anime for kids, the writers could’ve handled it better. The episode did show that stalking someone is wrong but Migre learned his lesson way too fast. Who knows for how long he’d been stalking Sumire. Also, a grown up should’ve been present to handle the stalking situation and decide what to do with Migre.

I liked how “Love and Potato Chips” made it clear that someone being kind to you doesn’t mean they love you romantically. This is a problem a lot of us see in real life. Migre decided he loved Sumire because she was kind to him. In a similar manner, a lot of young people end up falling for someone because of their kindness. And when their advances are rejected they think of it as being ‘friend zoned’ or that the other person is playing ‘hard-to-get.’

Not being able to take rejection often leads to dire consequences. While Migre kidnapped Sumire, in real life that can lead to sexual assault. That is why even if “Love and Potato Chips” did try to handle the situation, it was poorly done. If a kids anime is going to talk about obsessive behavior, the writers should at least try and resolve it properly.

What did you think Boruto this week? Did you enjoy “Love and Potato Chips”? Let us know.

Previous:LEGO Minecraft: Experience the Mountain Cave
Next: The 100 4×12 Review: “The Chosen”