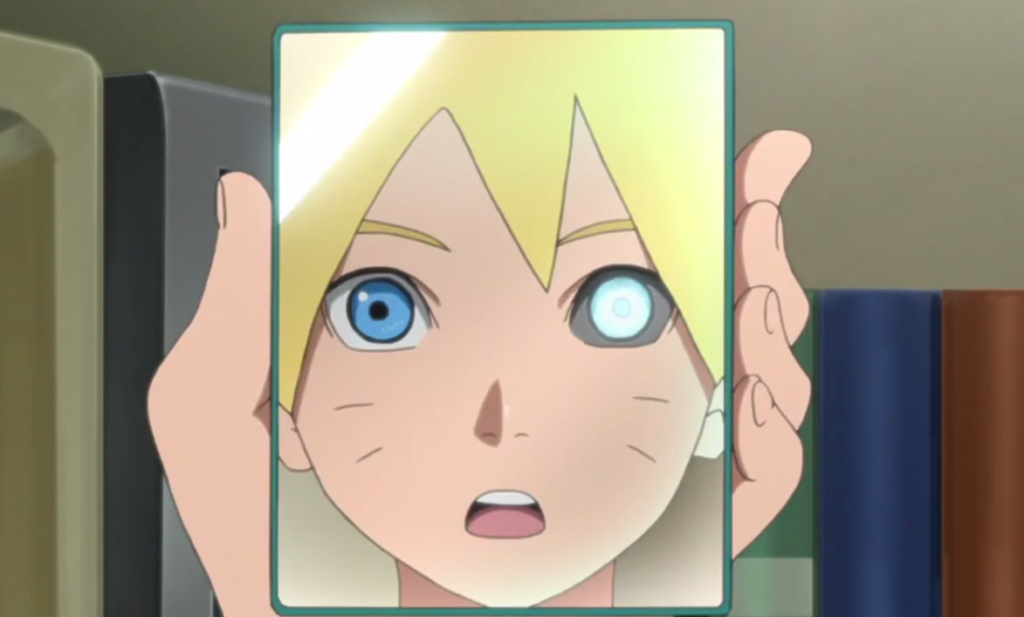 Boruto is starting to flesh out the Naruto universe and I love it. “The Dream’s Revelation” brought in a character from The Last: Naruto the Movie to warn our young hero about impending danger.

When Boruto: Naruto Next Generations started I had no idea how the story was going to connect to canon as it was set before Boruto: Naruto the Movie. In “The Dream’s Revelation” we found out that the writers have a plan. I don’t know if it’s a great plan but right now it is an enjoyable one.

With Boruto having some kind of eye related power it makes sense for his Hyuga lineage to play a role. The whole thing was made exciting when Toneri showed up too. Fans will recognize Toneri from The Last. In the film, he kidnapped Hanabi and wanted to marry Hinata by force. Toneri did all that because the joining of the two Otsutsuki bloodlines gave rise to the Tenseigan.

As both Boruto and Himawari have the two bloodlines, there is potential for them to exhibit unique eye powers. Though Boruto’s eye power isn’t the Byakugan, according to Toneri it will help save the world.

The Last also showed that the Tenseigan can leave a person. So, that can explain why we didn’t see it in Boruto: Naruto the Movie and the manga. Maybe Boruto’s eye power will leave him once the current anime arc is concluded?

A scene that I didn’t like was the one where Naruto refused to believe that Boruto had awakened an eye power. With how Naruto kept being given powers from dead ninjas, he should’ve been open towards his son possibly receiving an upgrade too.

Also, Himawari has already awakened the Byakugan because she is exceptional.

It was nice to see Hanabi and her father be part of “The Dream’s Revelation.” It was Hanabi’s eyes that Toneri stole so the Hyuga clan should have a role to play in the current arc. Fingers crossed the anime doesn’t drag the truth about Boruto having some sort of eye power. I want his family to know so they can work together to bring down the mysterious antagonist.

What did you think of Boruto this week? Were you surprised to see Toneri in “The Dream’s Revelation”? Let us know.