Boruto: Naruto Next Generations 1×9 Review: Proof of Oneself 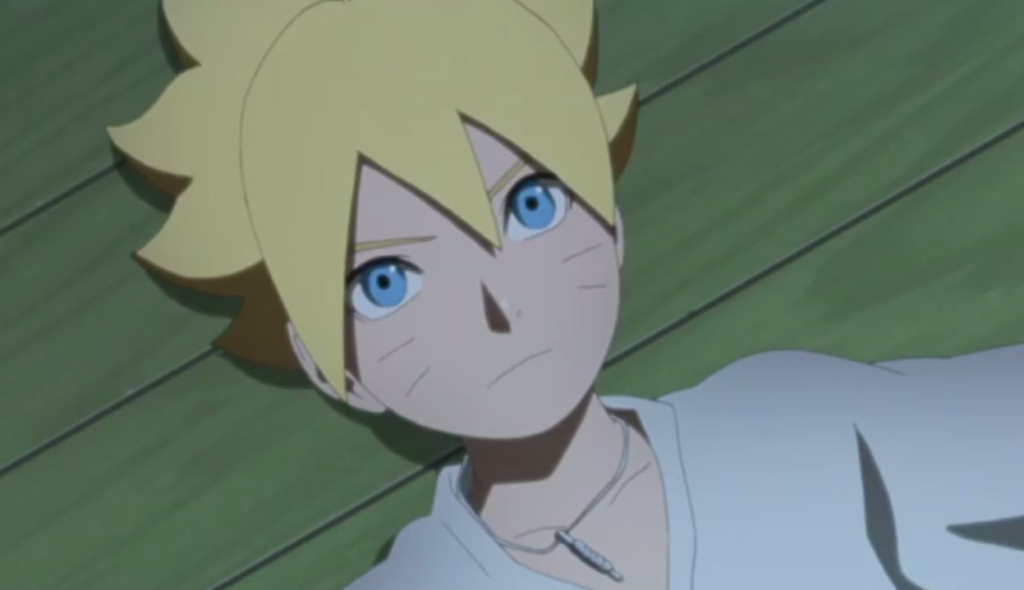 This week’s episode of Boruto was about our young hero trying to prove himself and accepting the outcome. “Proof of Oneself” also brought back Salad.

It was clear that Boruto’s eye power wasn’t going to manifest in front of his family. “Proof of Oneself” was a good time to show it. I have no idea why the writers are so determined to keep it a secret from grownups. I guess they want Boruto and his friends to handle the current antagonist without the adults interfering.

There is a good chance Boruto’s eye power will leave him without his family seeing it in person. Perhaps that’s why it hasn’t been mentioned in the manga yet? Hopefully, the investigation will start next week.

The fight scene between Boruto and Hanabi was enjoyable. The young hero really did try his best but still couldn’t land a hit on his aunt. I also liked the scene Hiashi and Naruto shared. It’s good to know that Naruto trusts his son and is looking out for him. Naruto, Hiashi, and Hanabi know that Boruto is going through something. So, it will be interesting to see how it connects to Toneri. And while Naruto was praising his child, Boruto was thinking about his father seeing him as a liar. The miscommunication between those two will continue to grow worse until Boruto: Naruto the Movie.

Seeing Salad be part of “Proof of Oneself” was refreshing. I know she isn’t in Boruto’s main group of friends yet, but I wish the writers did more to make her part of the main story. She helped Boruto take down Kagemasa and while she didn’t see Boruto’s eye power, she does believe him.

As a character, I liked how Boruto didn’t let his fight with Hanabi bring him down. Even though it wasn’t the Byakugan, he knows he has some sort of eye power and he’ll try to prove it another way.

Did you watch Boruto: Naruto Next Generations this week? What did you think of “Proof of Oneself”? Let us know.