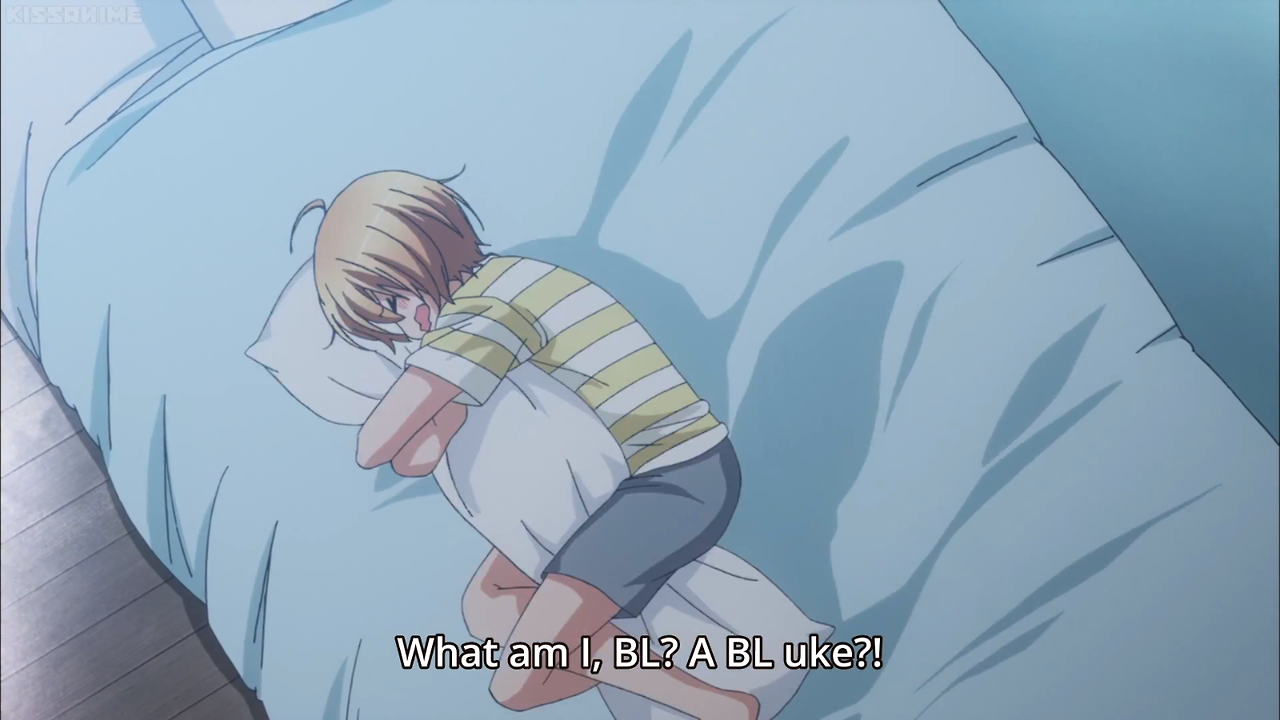 This week’s episode took a weird turn for the meta with Izumi repeatedly making references to being a “BL (Boys Love/Shonen Ai) Character” and warning to not “underestimate an otaku.”  This genre self awareness was hilariously awkward and I wanted to reach through the screen and gently remind him that yes, sorry to break it to you, but you are an uke in a BL story.  Embrace it.  This episode also shined some more light on both Ryoma and the Sena family manager Rei, who are two characters who definitely needed some more fleshing out considering how vital they are to the plot of the show.  On the surface they were interesting, but now that we’ve seen through the cracks for each of them they’ve become much more relatable. Things are definitely gaining momentum and I’m getting pretty excited. 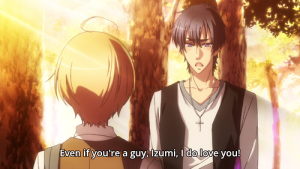 So far Ryoma has been portrayed as the grown up child star who accidentally developed a crush on his childhood costar without being aware that he was a boy.  The depth of his character hasn’t gone beyond that much, but during the course of this episode we got to explore a little more deeply into his past.  He didn’t get to the top as easily as someone who was born into a family of stars would have.  He had to struggle to get there.  The entire time he struggled he kept his childhood romance in the back of his mind as a primary motivator and now that the truth of Izumi’s gender has been revealed he’s realized those feelings are not going to dissipate.

In fact, he loves Izumi so much he spends much of the episode trying to make amends for his previous poor behavior and hopes that, at the very least, the two of them could be friends.  Izumi agrees, though at the moment it seems to be mostly out of sympathy for him on the surface level.  Still, this is the first step towards their inevitable romance and I’m happy things are going in a positive direction for a change.  We’ve seen a warmness below his “cool” exterior and he’s becoming much more human.

The depth added to Rei came in a rather hilarious manner, but are no less equally important for fleshing him out as a character.  As Izumi is going through his sexuality crisis, Rei proudly comes to the rescue to assure him that he’s had experiences with men (specifically as an “uke,” or a “bottom/submissive”) in the past.  Izumi begins to ask him super personal questions, but Rei is all too happy to inform him such things as, yes, men can get aroused by having their nipples touched.  At the very least we now know that he’s either bisexual or gay, but the implication of who he’s had these encounters with is not super obvious on the surface.

If you pay attention to the closing credits you do notice Shoga hanging on him in a rather intimate way and the two of them seem to be partners in crime when it comes to Izumi’s safety.  I’m so interested in their relationship I kind of want it to have it’s own spin off like how Koisuru Boukun was a spin off of Challengers.  I’ve heard that it’s expanded on more in the manga, but as I have not read it all I have are these subtle hints in the anime narrative to really guide my views.  The seem like the perfect secondary pairing, though, and clearly neither of them have a problem with men. There’s also an already established trust between them and they are around each other constantly, so everything just sort of fits. 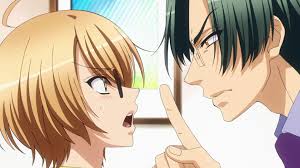 Speaking of the manga, this show has hooked me so much I’m definitely going to start reading that soon.  However, I kind of want to see how the anime plays out naturally so I may take my time reading it until the first season is over.  Going into this essentially spoiler free has been a fun experience so far, but I’m at the point where I just need more of it, so the manga is the next natural step.

Overall I’m enjoying the trajectory of this story.  It’s pacing itself surprisingly well considering we already know that these two characters end up together.  The journey itself is interesting enough that I’m not growing impatient.  Now that all the characters have developed into unique beings, I’m fine if the romance gets dragged out a bit longer.  It’s an entertaining, humorous, visually appealing world that’s been crafted here and I’m in this for the long haul.