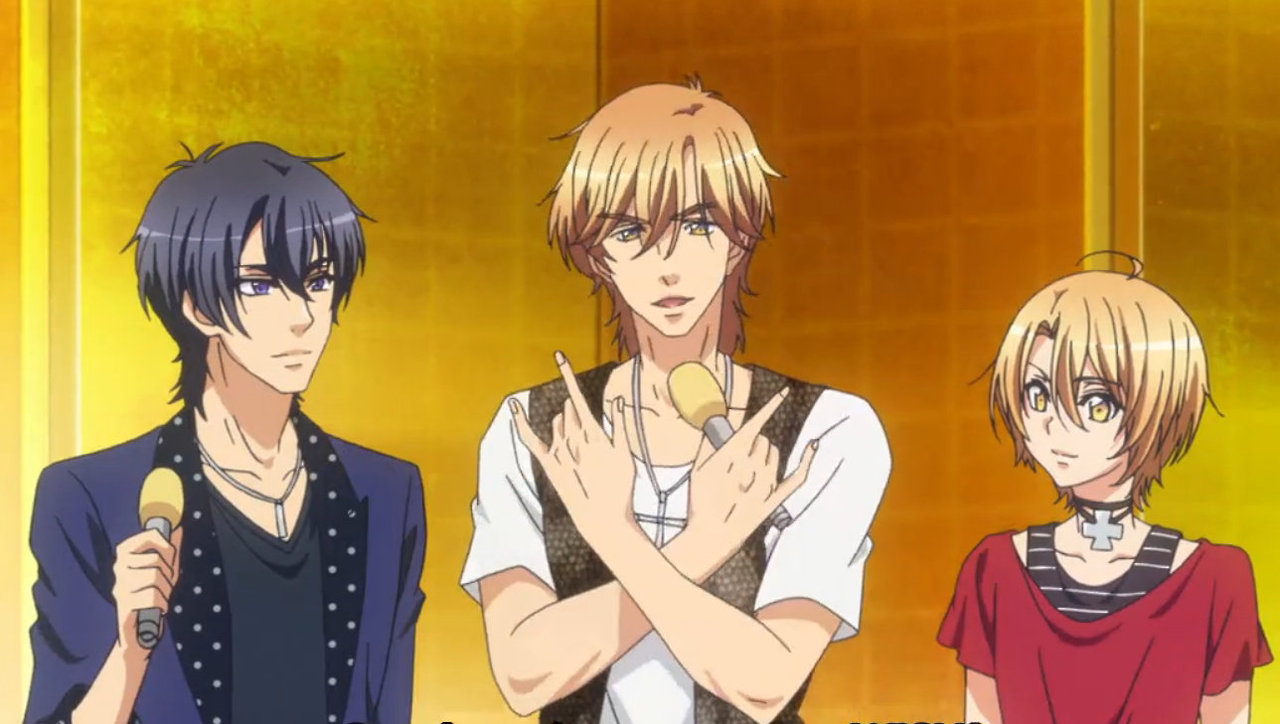 This episode spent a large portion of the time summarizing parts of the story that we’ve already seen in prior episodes and new material, including things that happened prior to the first episode of the series. We get to see more of Rei’s backstory and passed a major turning point in Izumi’s life. This also brought Shougo back into the plot, which led to many amazingly stand-out moments in the episode. Izumi’s showbiz debut is huge and changes the trajectory of the story in a major way, but let’s be real here; Rei was the best part of the episode for me. If you’ve been reading my reviews you know that I love all the main characters on the show, but Rei holds a special place in my heart. Considering a huge chunk of this episode was Rei focused, I am overjoyed and can barely contain my fangirl squee. At long last my over the top fangirling about Rei has a bit of context! All the praise to Rei Sagara! 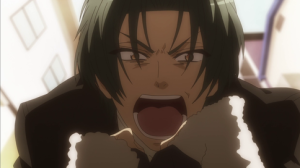 We’re given a brief look into the night that led him to cross paths with Sena Seiya and changed his life forever. There’s not a huge amount of information given about that night in this episode, but we see him laying hopelessly on the ground in an alley when he’s approached by a concerned Seiya. It’s made pretty clear that Seiya was his savior that night. Even without the complete story (and there is one, I assure you), the dire nature of Rei’s situation that night is very clear.

We’re then given other snippets of his time with the Sena family including when he brutally beat someone who was attempting to abduct Izumi. He’s often referred to as Izumi’s second mother since he dotes on him. He’s already displayed his extraordinarily protective nature over Izumi time and time again, but now we know that he’s been doing it for a really long time. In fact, he’s been protecting Izumi for most of Izumi’s life. He’s not just a ‘second mother,’ but essentially Izumi’s primary caregiver. It’s really hard to imagine Izumi’s life without Rei in it.

This was only a small peak behind the curtain of the amazing character Rei Sagara and I hope that there’s room either in a second season or an OVA to show all the complexities of his backstory. Just from these two brief glimpses we know that he’s got a rough side to him that wouldn’t be immediately apparent to anyone looking at the well-suited, glasses-wearing Rei that he presents to the world. His badass qualities go beyond kicking down Izumi’s room and scaring Izumi into doing what’s best. There are two episodes left of this season so I doubt they could really do it justice in this short amount of time, so I hope that the anime creating gods treat us well and grant us an OVA based on the Back Stage novels. 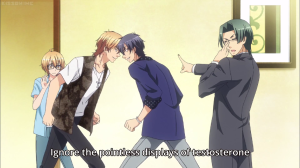 I was also extremely happy to have Shougo back because we’ve been having a big of a Shougo drought on the show these past few episodes. His reappearance was absolutely perfect. He loves his baby brother Izumi and immediately jumps in to literally go head to head with Ryouma. This display gave us the best line of the entire episode delivered by the ever perfect Rei. “Ignore the pointless displays of testosterone,” he says right before directing the make-up crew to get Izumi prepped for the press conference. Shougo and Ryouma have more in common in personality than either one of them would ever probably want to admit. If it’s true that people often fall in love with people who remind them of their parents (yes, sorry, we’re going to get a bit Freud here), then it makes sense that Izumi would fall in love with Ryouma because Shougo is essentially another parental figure. Unlike Rei, Shougo is the type of parent who would spoil Izumi rotten, though, which makes Rei and Shougo balance each other out quite nicely.

The climax of the episode was Izumi’s showbiz debut. He’s first presented as the girl from the Happy Wedding video, who the entire audience of reporters immediately assume is Ryouma’s girlfriend. Ryouma straightens these rumors out by stating that they are just friends, which at this point isn’t really a lie. Ryouma definitely loves Izumi and wants more, but Izumi has yet to reveal that he reciprocates those feelings. In fact, Izumi seems to be having a rough time accepting that he’s “totally BL” in the first place, once again bringing back the charming genre self-awareness that makes this series so perfect. A moment after Ryouma clears up the confusion, he reveals that Izumi is a boy and Izumi does a rather impressive quick change act right on stage. I swear that dress must have been specifically tailored to be ripped off, because seriously, how did he do that? 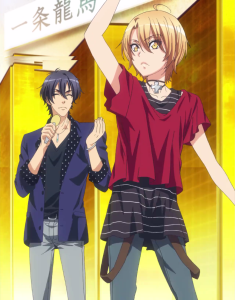 On a side note, how adorable was Izumi’s outfit underneath that dress? Let’s just take a moment and appreciate the three nameless stylist who are constantly performing miracles on Izumi. Izumi is naturally adorable, but this outfit was rockin’ and suited him extremely well.  Three cheers to the stylists!

Despite the bulk of the episode being flashbacks and summaries, this was a pretty huge progression in the plot. Now that Izumi is in the spotlight, he can’t go back to his quiet otaku way of life. It also complicates things with Ryouma, because when he does decide to finally reciprocate Ryouma’s feelings it could become even more of a scandal than the whole ‘Ryouma’s secret love affair’ issue that sparked the events of this episode in the first place. Before we even get to that point, though, Izumi needs to accept that, yes sweetie, you are in a BL story. And yes, darling Izumi, you are in fact the uke. But that’s okay. So is Rei and look how amazing that guy is. Go forth, Izumi, and seek out wise uke advice from Rei. Let him be your uke oracle. 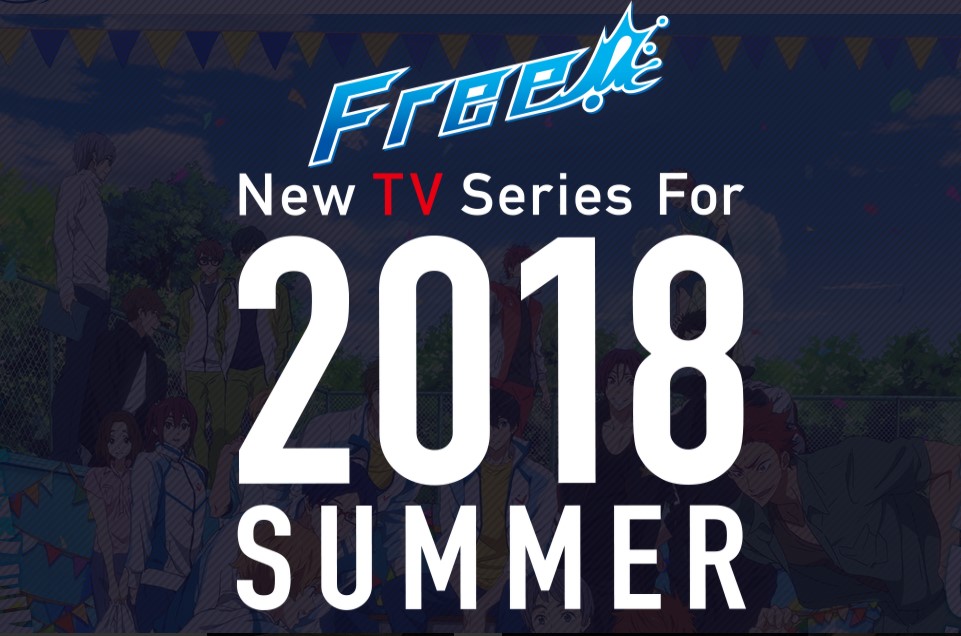 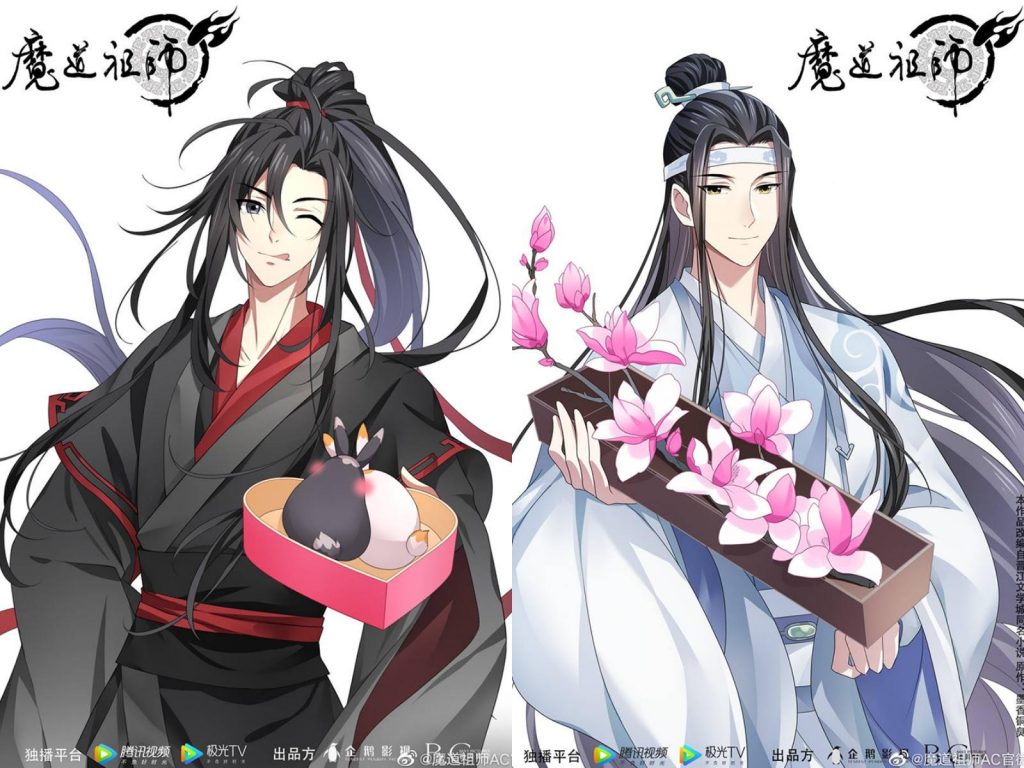