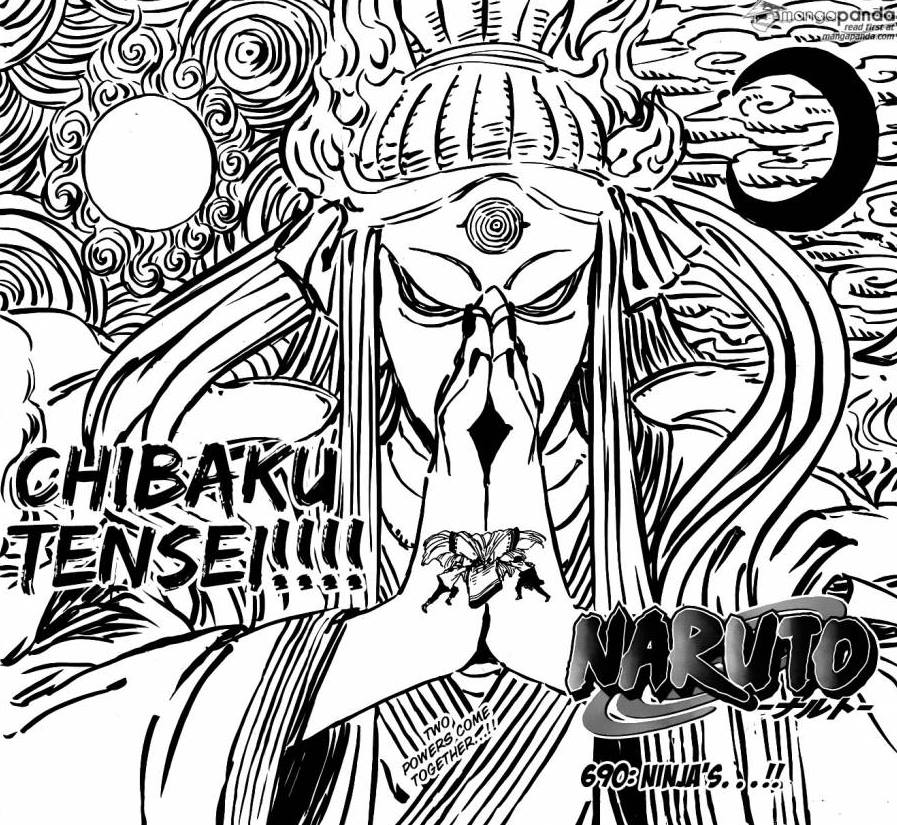 Did this week’s issue of Naruto finally show the end of the Ninja World War? With Kaguya finally being sealed by Naruto and Sasuke, what will happen next?

I predicted that Kaguya being attacked by Team 7 meant that that the female antagonist will be sealed and that was shown this week. I still feel that the whole fight sequence was a bit anti-climactic. Compared to Team 7 vs. Kaguya, Team 7 vs. Madara felt more exciting. Even though Kaguya was supposed to be an all-powerful God-like final villain, she lacked the threat Madara had whenever he appeared in the series.

Nothing much happened this week. The issue was all about wrapping things up after sealing Kaguya. All the nine-tailed beasts were released along with Madara. Kaguya and Black Zetsu were sealed into the moon. I liked the panel where Naruto went to confront Black Zetsu, the person responsible for everything that had happened in the series. With Black Zetsu sealed inside the moon with his mother, I think it marked the end of her ever being released again.

I do have one complaint though. Sakura still hasn’t gotten over Sasuke and I think her character needs to move on from him. I’m still not sure where Sasuke’s true loyalty lies and I don’t want her being in love with a potential villain. She needs to take a break from him and rethink her priorities. I have nothing against Sasuke and Sakura becoming a romantic couple, but right now there are a lot of things that need to be resolved before the teenagers can take such a step. 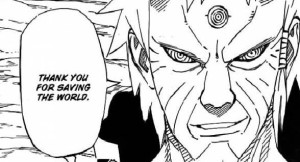 I was expecting more from the Sage of the Six Paths and the Kage’s story. I was waiting for them to show up during the final battle and aid Team 7 but that didn’t happen. In the end, it turned out that the Sage used the Kages to summon Team 7 and the tailed-beasts to them. The Sage thanked Team 7 for saving the whole world and then the issue ended.

Am I the only one who wanted more from the finale? It’s like Kishimoto gave his readers a huge buildup but failed to deliver in the end. I’m looking forward to the coming issues. Personally, I’m more interested in seeing the lives of the characters after the war. I want to know who the next Kages will be. I want to know what will Orochimaro and Madara will do now. And we all know the series can’t truly end without a final battle between Naruto and Sasuke!

Coming to the ‘shipping’ aspect of things, I know a lot of readers are anxiously waiting to see which of their ships finally becomes canon. Will Naruto become a romantic pairing with Sakura or Hinata?

After the war I don’t think Naruto will remain a Jinchuriki anymore and he will lose his Kurama power. It also looked as if the Sage of the Six Paths took away the powers he gifted Naruto and Sasuke to defeat Kaguya. They are still formidable ninjas but it was fun seeing them use their new powers. Without their God-like powers, who will remain the most powerful member in Team 7? Will it be Sakura? She was able to damage Kaguya with just her ‘chakra’ seal power! Or will Naruto and Sasuke get newer power ups for the final battle between them?

There are still a lot of questions that Kishimoto needs to answer and I hope he starts giving them to his readers starting next week. It will be hard to let go of Naruto after all these years, but like all good things, it has to end.

What did you think of this week’s issue of Naruto? Are you ready to let go? Let us know!