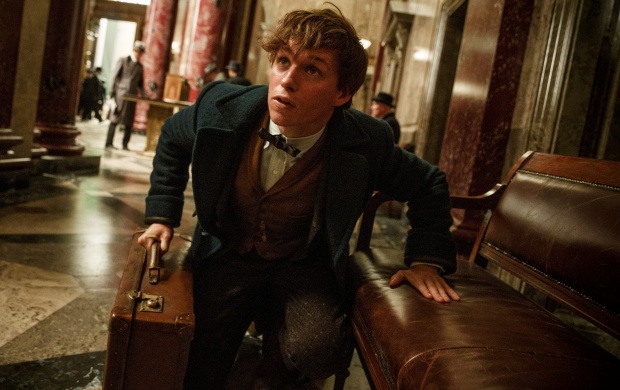 Another peek into the wizarding world was just released via the new trailer for Fantastic Beasts and Where to Find Them. Warner Bros is teasing us big time, because Harry Potter fans all over the world are fangirling.

The new trailer premiered during last night’s broadcast of the MTV Movie Awards, and we couldn’t be more excited. Although the last film in the Harry Potter series debuted in 2011 (can you believe it has been 5 years already?), this new film, although unrelated to the Harry Potter series, lets us back into the wizarding universe. And unlike the prior films, which mostly took place in the “present”, this new film takes place in the 1920s New York City.

It is interesting to see this new universe away from the comforts of the United Kingdom. Since the Harry Potter books and film, author JK Rowling has given us teasers about how the wizarding world works in the United States, but we will get to see it firsthand in this film. Plus, this is the first film in the HP universe in which Rowling has actually written the screenplay for. Since the source material is literally coming from the original source, I personally cannot wait to see how it all interconnects.

The film is scheduled to be released November 18, 2016. It stars Eddie Redmayne as Newt Scamander (the author of Fantastic Beasts and Where to Find Them, a popular textbook at Hogwarts), Katherine Waterston, Colin Farrell, Ezra Miller, and many more big names. And who else is excited to take a peek inside the Magical Congress of the United States of America? Since this film is the first in a trilogy, it will indeed be interesting to see the politics involved in the series.

Even more interesting is the background of Scamander, who apparently was expelled from Hogwarts as a student (does this sound like another animal lover that we all know and love?). Also, the film is directed by David Yates who directed the last four HP films, so we know that the universe will definitely have a familiar feel.

Are you excited for Fantastic Beasts and Where to Find Them? Will you be dressed up and lined up well advance? What beasts are you looking forward to discovering the most? Let us know in the comments!

TOPICS Fantastic Beasts and Where to Find Themharry potterjk rowling

Previous:Kira Will Not Be Part of Teen Wolf Season 6 Arden Cho Announces In Video!
Next: Gotham 2×17 Review: ‘Into the Woods’