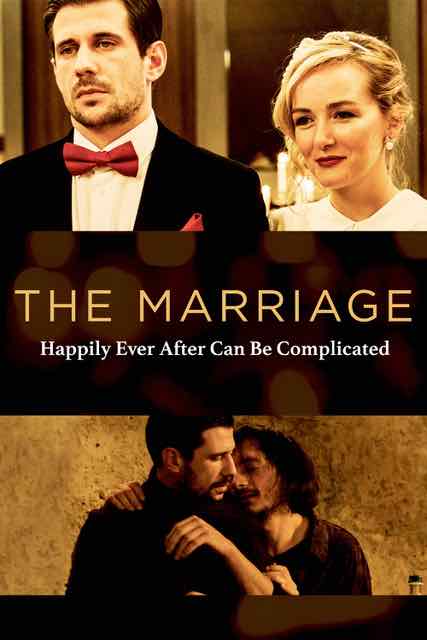 The Marriage, Kosovo’s official Oscar entry, will get its VOD and L.A. theatrical release on December 7, 2018. The queer film has been described as a love triangle drama.

You have another queer film to look forward to come December 7, 2018. The Marriage is directed by Blerta Zeqiri.

Their wedding in only two weeks, Anita and Bekim are adding the final touches to their big day. Despite expecting news of Anita’s parents, declared missing since the 1999 Kosovar War, and with Bekim’s controlling family in turn, the couple seem to manage somehow with the preparations. But when Bekim’s secret gay ex-lover, Nol, returns from abroad unexpectedly, the situation becomes complicated, especially when Bekim realizes that Nol is still in love with him. Inevitably, the wedding banquet becomes loaded with tension when the unusual love triangle starts to unravel.

“After the end of the war, when I gained basic liberties that I didn’t have throughout my childhood, I started to become aware and think more about marginalized groups in our society, who are denied the basic rights each human being should be entitled to,” said Blerta Zeqiri. “One of these groups is the LGBT community, who without a question is the most marginalized of all. LGBT community members, although protected by the Kosovo laws, are continuously threatened, humiliated and physically attacked, to which the state turns a blind eye. Hiding their identity remains the only way to survive in this surrounding, forcing a large number of LGBT people to marry eventually a partner of an opposite sex, who inadvertently turns into collateral damage. In our film, this partner is a woman, already marginalized and without a voice in our patriarchal society. For me, it is unacceptable and at the same time incomprehensible to see two people who love each other so much unable to be together. This is why I think same-sex love in Kosovo is today’s Romeo and Juliette story.”

“I wanted to make a hyper-realistic film, where characters actions are followed closely by a hand-held camera, and show the beauty of the love between two human beings, regardless of their gender or their sexual orientation,” said continued. “I wanted, at least for a moment, to make the audience leave the three main characters’ gender aside and feel for them in this complicated triangle, where no decision is without a victim or suffering.”

The cast includes Adriana Matoshi, an award-winning Kosovar actress (she’s worked on over 40 theatre plays and films), Alban Ukaj, a Kosovar actor residing in Sarajevo. He is one of the co-founders of “Kontakt”, an association dedicated to the “promotion of research in theater, with a focus on engagement of marginalized groups.”

And Genc Salihu, a “famous multitalented” Kosovar musician, writer, and performer. He’s “the number one artist of his generation in Kosovo and his music videos have received many national awards.”

Are you excited to see The Marriage? Let us know.