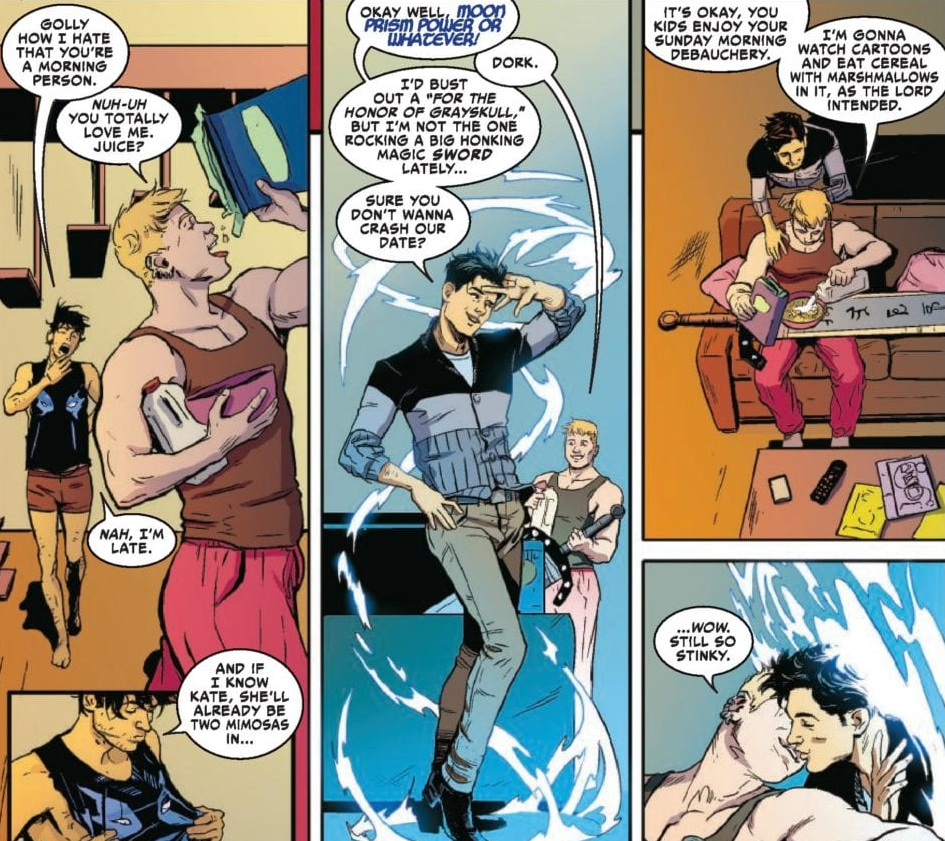 A preview for the upcoming War of the Realms: War Scrolls Issue 2 has been released. While I appreciate everyone who worked on it, you know I’m only interested in reading the Billy and Teddy story titled My Drag Brunch With Loki. The previews make me want to read it right now! Come on, Marvel, send me an advanced review copy already! Help me out!

War Scrolls Issue 2 will have a number of tales for fans to enjoy. There’s one about Daredevil. There’s also one about Dr. Strange. I have a feeling the current War of the Realms event isn’t going to end well for the Sorcerer Supreme.

You can read the entire preview here.

As for My Drag Brunch With Loki, it has been written by Anthony Oliveira and features Wiccan and Hulkling. The art is by Nick Robles. From the preview, you can tell both had a lot of fun working on this project. There’s so much going on in each panel, it is amazing.

Oliveira’s take on Teddy and Billy is fun to read. There are a lot of pop culture references being shared. Billy being extra and doing a magical girl transformation is everything. And yes, Teddy is indeed eating cereal from a bowl placed on his Space Sword because he is the Gay King of Space and can do what he wants.

The story also debuts a new drag queen named Krystal M’Kraan. Now, I don’t want to be the person who strengthens the stereotype of how all queers are supposed to know each other (even though it is kind of true, ha!), but does Krystal M’Kraan know Shade? Would they be up for a joint performance? These are very important questions I need answers to.

My Drag Brunch With Loki seems to alternate between the actual war on Earth and what happened a few weeks ago. I’m interested to learn what Kate has to tell Billy about Loki. I’m also glad to see one of the most powerful couples in the Marvel Comic Book Universe taking part in a major event. The two have been missing for a quite a while now.

Where was Wiccan when fellow mutants were dealing with the Terrigen Mist and the Inhumans? Where was the good sis when Nate attacked? Has Wiccan reached out to Cyclops?

Seeing him at peace in his apartment (a few weeks before the war) while mutants around the world were already being prosecuted feels a bit weird to me. Again, I have many questions.

Wiccan did leave himself out of a number of situations before (in Avengers: The Children’s Crusade) because he was depressed. I just don’t want him to make waiting stuff out a habit, though. 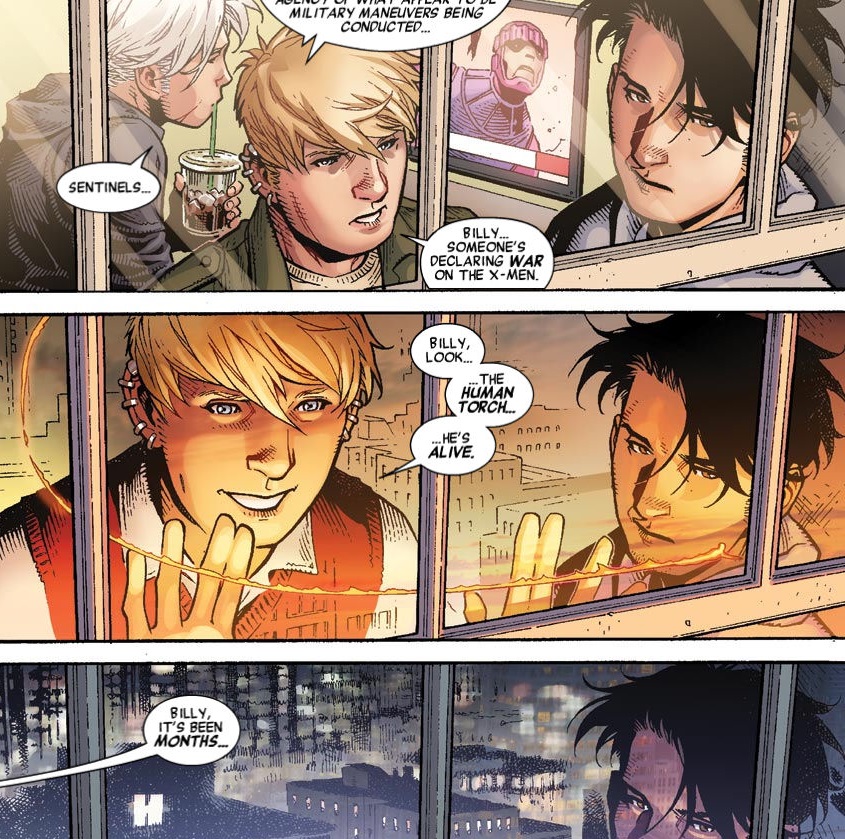 Do pick up a copy to show Marvel we need a hella gay series with Wiccan and Hulking.

Previous:Funny Story, or A Funny Thing Happened On The Way to Big Sur…
Next: Star Wars: Galaxy’s Edge Tidbits From Early Previews