IvX Issue 2: Storm Leads Her X-Men To Attack Medusa and the Inhumans 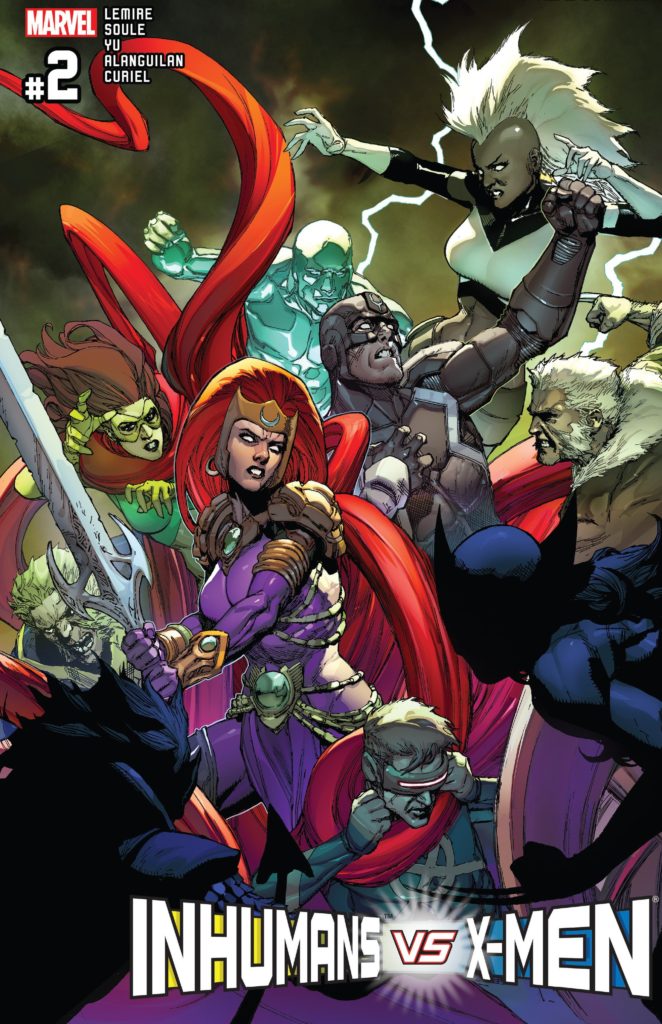 The Inhumans vs X-Men event didn’t waste time as Storm and her team of mutants attack New Attilan and try to incapacitate the Inhumans in IvX Issue 2!

This post contains spoilers for IvX Issue 2! Proceed with caution!

While the IvX event doesn’t make much sense it still makes for an interesting read. Of course, one can argue that the Inhumans should have found a way to seal the Terrigen Mist. However, doing that would have ended Marvel’s excuse to pit Inhumans and mutants against each other.

After betraying Beast, Storm wastes no time in teaming up with Emma and Magneto to take Medusa down. IvX issue 2 is fast-paced and filled with action sequences. Every panel showed a mutant fighting an Inhuman. I greatly enjoyed Sabretooth’s battle with Johnny Storm. Not even an inferno can keep Victor Creed down.

The issue, written by Jeff Lemire and Charles Soule, also did a great job of showing the X-Men’s military prowess. Mutants are taught to fight from a very young age. Whether it is against verbal or physical abuse, they know that they have to stand up for themselves. I guess that is why Medusa knew she couldn’t win.

With Magik and Cerebra’s help, the X-Men were able to teleport the Inhuman fighters to Limbo. The mutants won the first battle but Medusa did initiate a plan to recruit young Inhumans, including Kamala Khan, to save them.

While the issue was enjoyable I can’t understand why Storm is waiting to do something about the Terrigen Mist. She should have moved the mist through the Ozone layer, burning it in the process. Also, with Storm leading the X-Men, I was hoping for a fight scene between her and Medusa. You can’t make Storm one of the leads and not show her going all out against her opponent, Marvel! I need more than Ororo Munroe shooting occasional lightning bolts.

What did you think of IvX Issue 2? Will the young Inhumans be able to take down Magneto and save Medusa? Let us know!