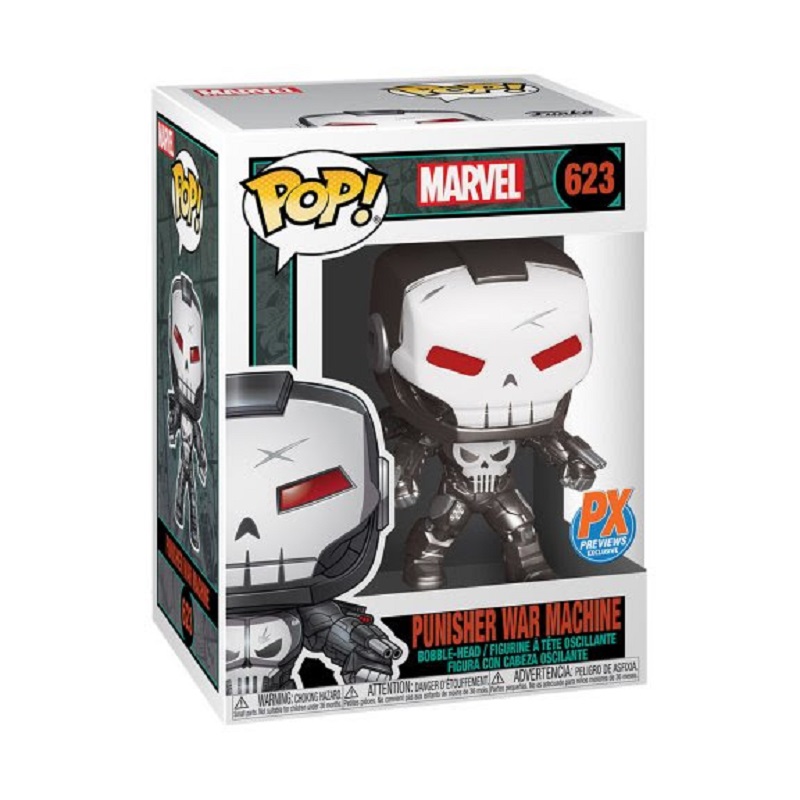 Fans of Marvel Comics-inspired Funko collectibles can look forward to new additions this April. A PREVIEWS Exclusive ‘Punisher War Machine’ and ‘Spider-Man vs. Venom Comic Moments’ have been revealed.

Talking about the ‘Punisher War Machine’ Funko Pop!, the upcoming exclusive is a 3-3/4″ vinyl figure. As usual, it will come packaged in a window box. I do like the design. Seeing the already deadly Frank Castle as War Machine is a very cool visual.

And yes, I know, he kind of looks like Crossbones. But the cool (yet cute) factor is still there. The little skulls on his leg! Ha! 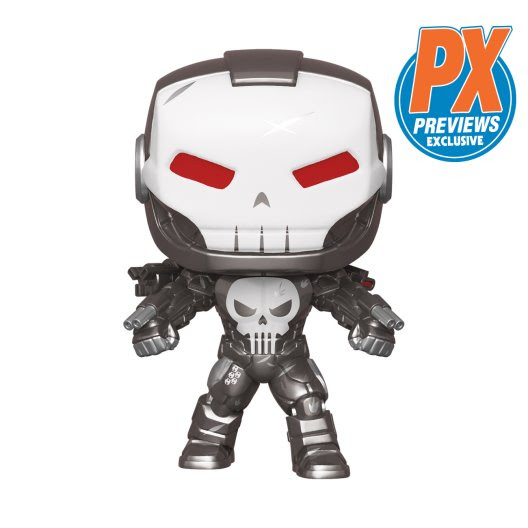 What’s even more interesting is this figure is linked to the upcoming Empyre event from Marvel Comics. According to the press release, retailers will get an exclusive (limited). Empyre Issue 1 Funko Variant cover for every 6 units of the ‘Punisher War Machine’ they order.

For those who don’t know, Empyre is this year’s big crossover event from Marvel Comics. It will focus on Hulkling. I wrote about it in December of 2019. With Hulkling being the star of the story, of course, his fiance Wiccan is going to be involved, too. So, get ready for the Marvel comic book world to get a lot queerer this year.

If you’re interested in the new Funko Pop! and the variant cover, you should definitely check with your local comic book shop. The Pop! is currently available for pre-order. Retailing for SRP $12.99, the expected release date for the figure is April 15, 2020. 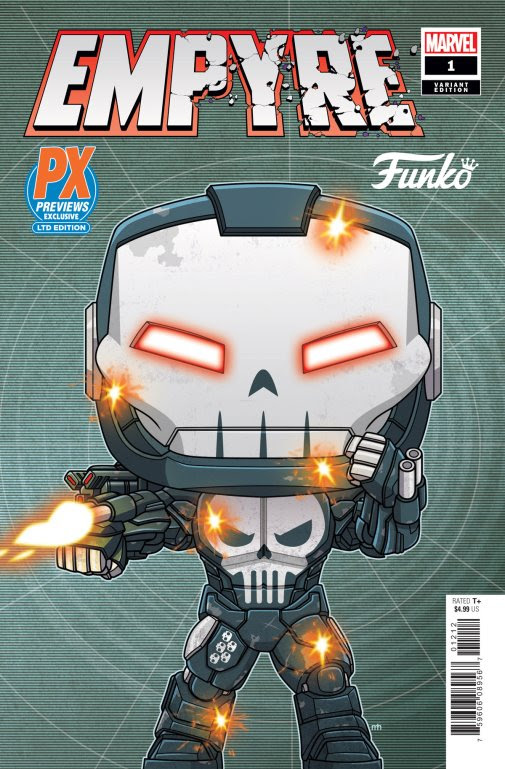 As for the ‘Spider-Man vs Venom Comic Moments,’ it features a rocky diorama base with two full-sized Pop figures showcasing Venom and Spider-Man. The friendly neighborhood web-crawler seems to be in bad shape! 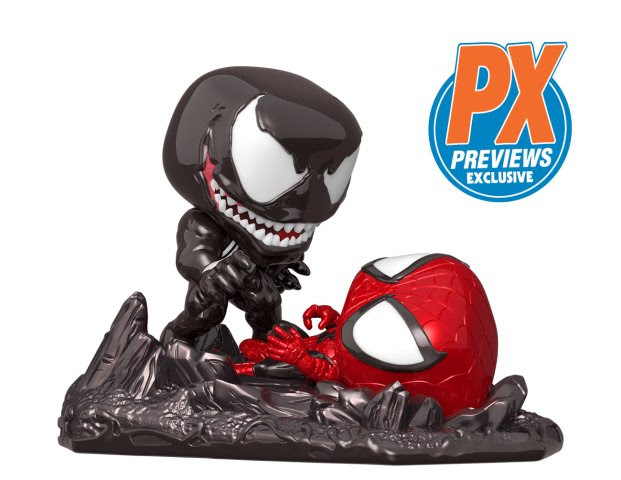 It too has a comic incentive for retailers. An exclusive (limited) Venom Issue 25 Funko Variant cover will be offered for every 6 units of the ‘Spider-Man vs Venom Comic Moments’ ordered. 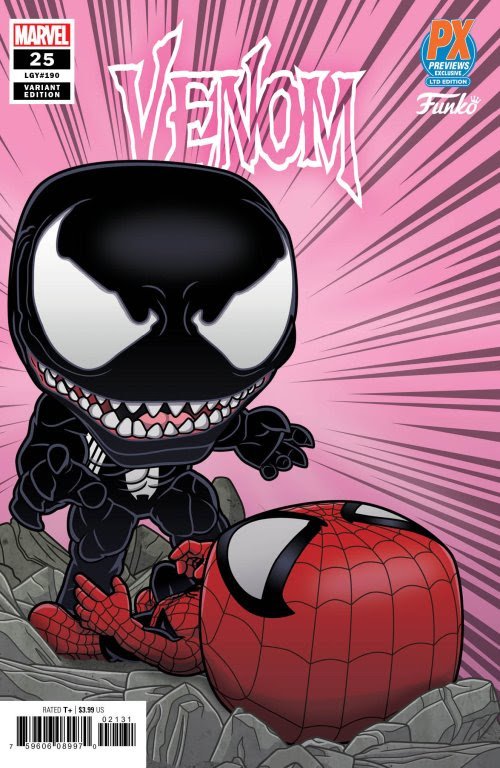 You can own the upcoming Spider-Man and Venom figure for SRP $34.99. It is currently available for pre-order. The expected release date is April 29, 2020.

What do you think of these new collectibles? Let us know.