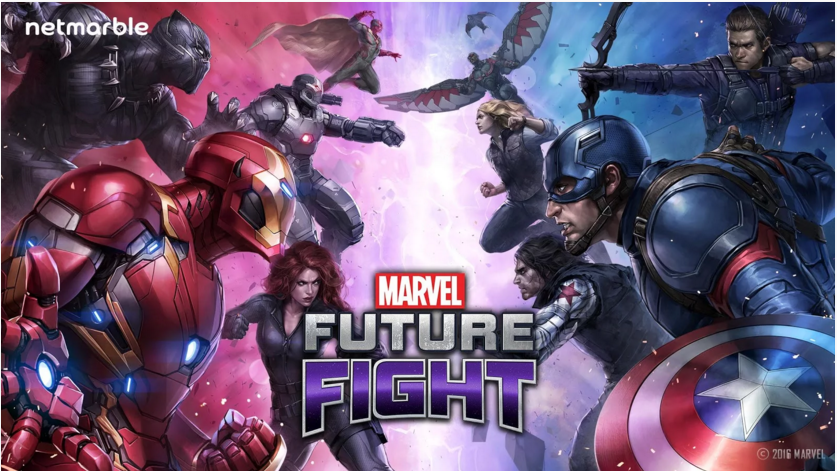 The 2.1.0 update for Netmarble’s Marvel Future Fight debuts the Civil War along with some major improvements to playable characters and general gameplay. Check them all out!

Another new character, Crossbones, has also been added and can be obtained through the 1 Year Anniversary Token Box. Giving the main characters a Civil War makeover means new uniforms are available for Captain America, Winter Soldier, Falcon, and Hawkeye. Players can get these uniforms at a discounted price for a limited time. Team Iron Man will be getting new uniforms soon. Along with the new uniform, Falcon has been given a 6-star skill.

Some characters can now be upgraded from Tier-1 to Tier-2. These characters include Captain America, Black Widow, Iron Man, Hawkeye, Falcon, Winter Soldier, and Ant-Man. Upgrading to Tier-2 will give characters a stat increase and a new passive ability. Keep in mind that only 6-star characters that have +20 gears, 6-star Mastery, and are at level 60 can be advanced to Tier-2.

A Faction Battle has also been added. Players will have to decide if they are Team Captain America or Team Iron Man. After their decision, they will participate in missions to collect Faction Points.

The Timeline Battle has been changed to include Leagues. Depending on the player’s performance they can be promoted, demoted or remain in the same League.

An Honor Card Chest can be purchased through Honor Tokens if a player wants to buy cards to improve his or her team.

I will be going through the new update soon enough and will let you know my opinion.

Have you played Marvel Future Fight yet? Are you excited about the Civil War event? Let us know!