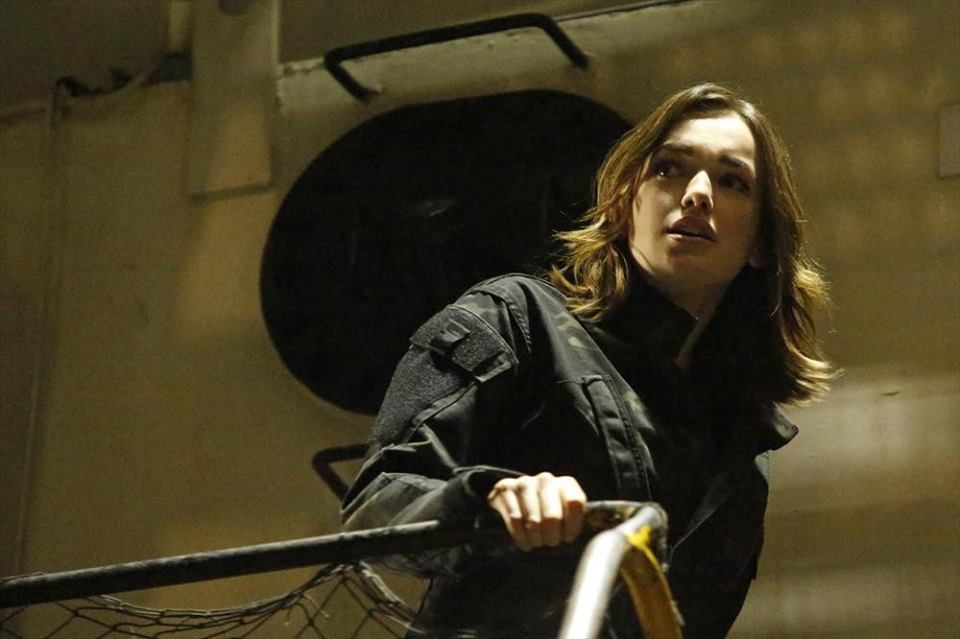 “Making Friends and Influencing People” is the third episode in season two of Marvel’s Agents of S.H.I.E.L.D. It was written by Monica Breen, who wrote some of the more emotional episodes from last season (including “The Well” and “The Only Light In The Darkness”). It shows us what Jemma Fitzsimmons has been up to since leaving Fitz. It also sees the return of Donnie Gill aka Blizzard, who we last saw in “Seeds” (also penned by Breen) being shipped off to a S.H.I.E.L.D. facility.

I have to admit, with this season and the release of all of these villains, I’m getting flashbacks of the opening of Avengers: Earth’s Mightiest Heroes. Still, I’m really enjoying the turn this series has taken so far. I know it has been said before, but Captain America: The Winter Soldier had an amazing impact on the show. Part of me wonders what would have been if S.H.I.E.L.D. hadn’t fallen, but with the way the first two episodes have gone I don’t regret it. 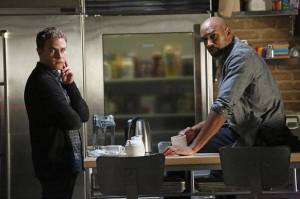 So with the promo from last week, everyone was freaking out about Simmons being HYDRA? Yeah, she’s undercover. Thank goodness! It’s so heartbreaking when she asks Coulson how everyone is, and he just tells her about Fitz. If you’ll excuse my fangirling for the moment… So many feels! And what’s Fitz up to? First of all, he knows that the Simmons he sees is not real. Then he goes to confront Ward, which is just agonising for both him and those watching. He takes out his pain on Ward, which is so Not Fitz. It goes to show how much he’s been damaged. Ultimately, he is just trying to prove his worth despite the hypoxia that affected him. I also want to add that the bromance between Fitz and Mac is becoming one of my favourites for so many reasons. Henry Simons is an absolutely wonderful addition to the cast, and I will fight anyone who says otherwise.

Best lines of dialogue, by the way, were by Skye and Hunter with the Trainspotting joke. So good. Cheesy, but I loved it.

In the end Gill dies (though the body is still missing) at the hand of Skye and helps maintains Simmons’s cover with HYDRA. It looks like we have to wait a while longer for a Fitzsimmons reunion. Though it was a very heavy episode for those two, there was also a great deal of development with Skye and how she is adjusting to life as a field agent. With May as her SO, you can see the development of her character from the beginning of the series. Though it all goes to pot when Ward tells her about her father.

It’s also worth mentioning that throughout the episode Daniel Whitehall (Reed Diamond) is trying to (and ultimately does) brainwash a former S.H.I.E.L.D. agent referred to as Agent 33. In the comics, she is Kara Lynn Palamas who First appeared in 1997 as a researcher that recruited Hercules for operation against Ares and his brainwashed army known as the Warhawks. Maybe a way to link further into the MCU? One can only hope.

In the end, this season is really looking good. I’m really excited to see how everything develops with both the new breeds of HYDRA and S.H.I.E.L.D.