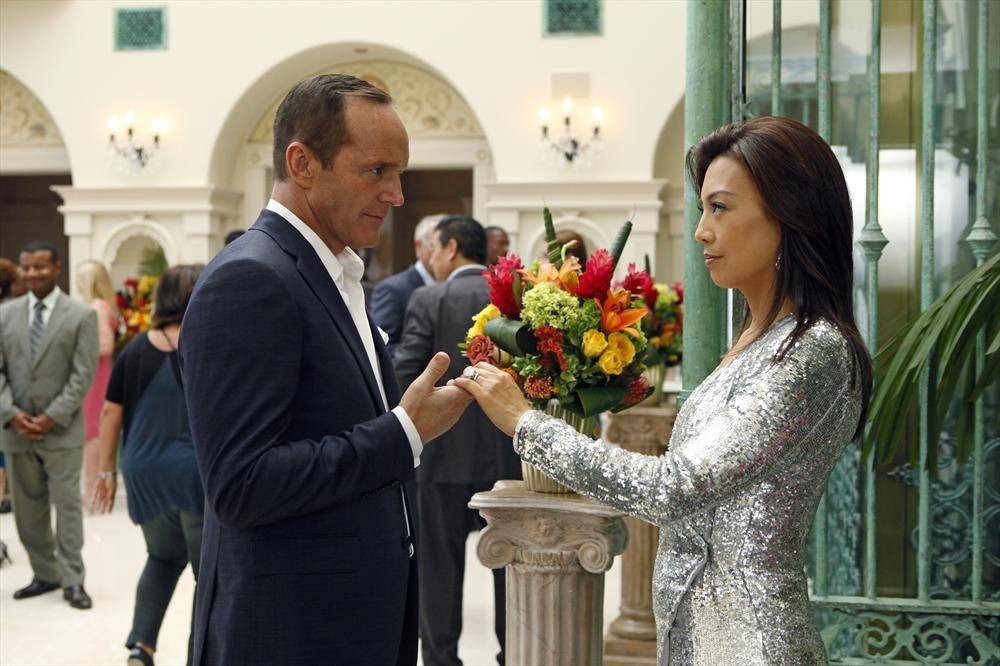 Sometimes filler episodes can be truly magnificent, like this week’s episode of Agents of S.H.I.E.L.D. which was basically a bit of fun, but as that fun involved a heavy focus on Agent Melinda May, including actual Philnda fake-dating for important spy reasons and double trouble Ming-na against Ming-na fisty-cuffs, I am so very here for it. Also Lance Hunter is still the worst (Mack is the best), Skye needs a proper storyline already and although Fitz’s trauma is still utterly heartbreaking, I’m getting sick of the not-so-subtle blame being thrown in Simmons’ direction.

This show has always had an old-fashioned feel and while last season it just made the show seem outdated, this season it’s just retro fun. It helps that they have decided to structure each episodes narrative on one team member – although I don’t know what possessed them to focus on the horrible Lance Hunter in episode two. But then again I can’t work out why they chose to introduce him at all; he’s the worst. I’ll just have to ignore him because last week’s Simmons-focused episode and this week’s focus on Melinda May worked really well, although it does mean that characters like Skye appear almost forgotten. 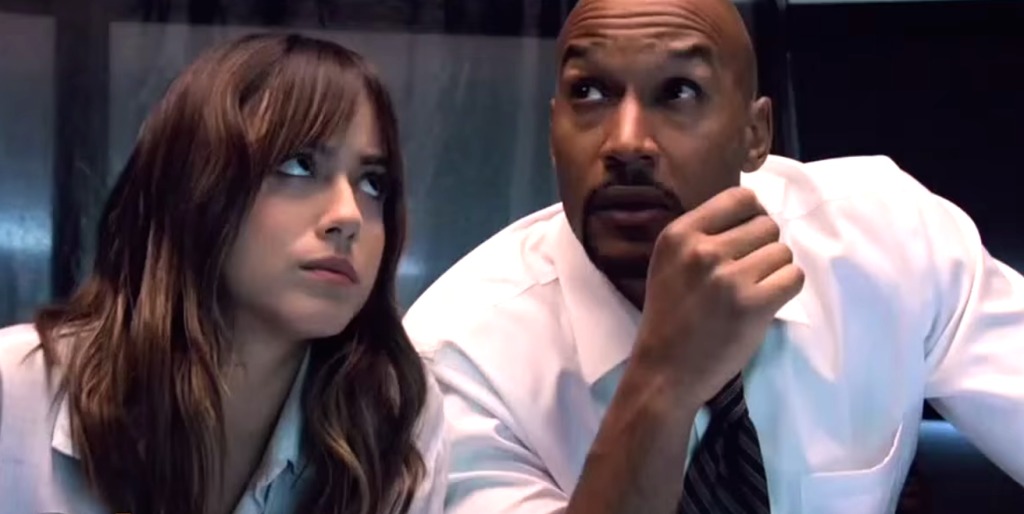 I might be one of the few people that genuinely adores Skye (she was my favorite last season) and it’s disappointing to see her shoved to the background this season, especially when it’s characters like loser Lance taking up screen time. The worst part is that so far all, she does is talk to and about the male characters. She talks to Ward, worries about Coulson and flirts with Lance Hunter. And okay, she’s got a deeper connection to Coulson’s problem because she was given the same drug that saved him and keeping Ward in the basement is going to come back to bite them all the ass later but the only good thing about Skye and Lance’s flirting is the annoyed reactions of the characters that are forced to witness it.

Highlights of this episode were: Ming-Na in that dress (damn girl) and the Melinda on Melinda fight scene. Loved the Talbot double bluff because I’m pretty sure everyone is expecting him to be Hydra. And the teams reactions to May’s flirting were hilarious. Lowlights were everything that Xena-fridging, misogynist butt-wipe Lance Hunter did, but otherwise the episode was pretty awesome. My main issue was the lack of Simmons because while I am down with her Hydra infiltration plot, I miss her interactions with the rest of the team. Fitz’s hallucinations just aren’t the same.

Finally my beloved Raina appeared at the end of the episode, but she wasn’t wearing a flower dress so something is definitely up there. If she wasn’t in flowers it can’t be her. Nope. This is all part of her diabolical scheme.

What did you think? Are you shipping Philinda like crazy after that dance? Do you want to stab Lance Hunter with a fork? Is Mack the best thing since sliced bread? Let us know in the comments.