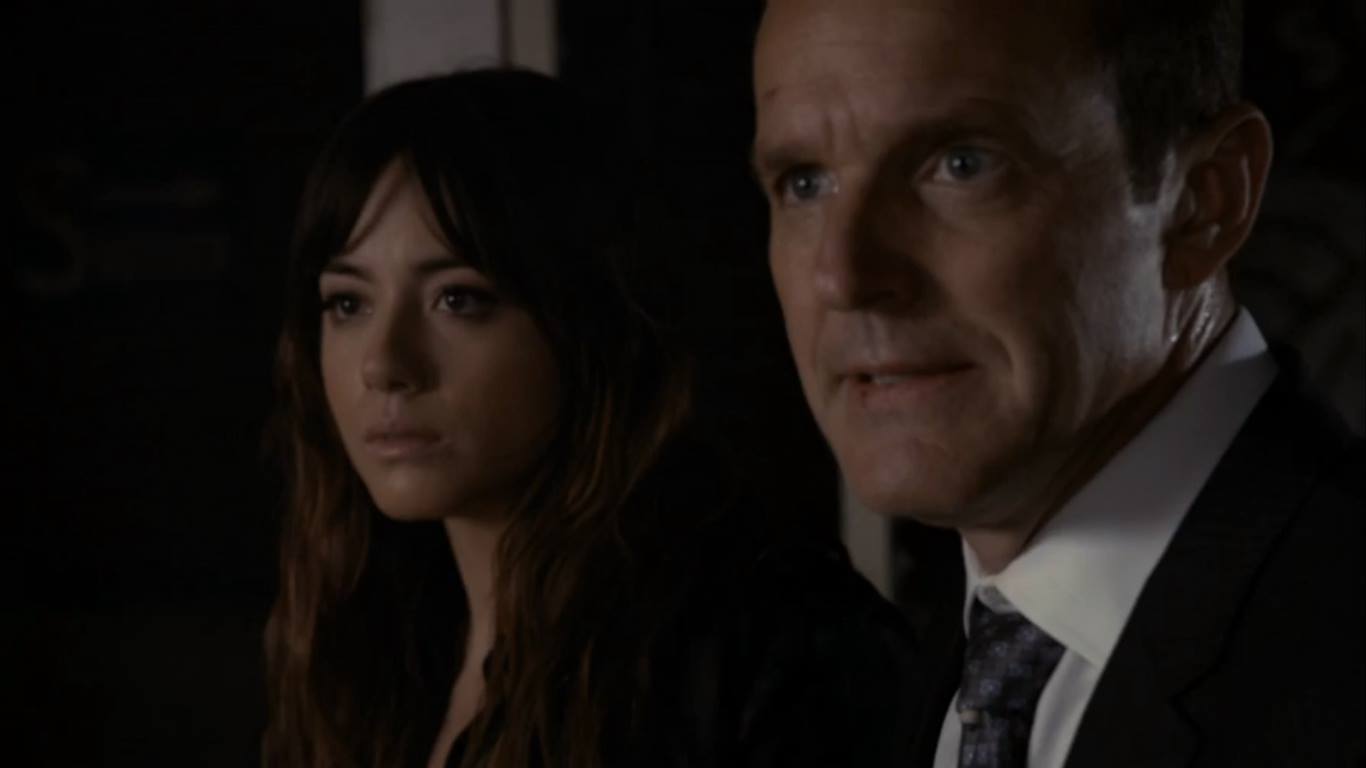 Okay, there are so many things right with this episode, I honestly don’t even know where to start.

I love that we are seeing more of Skye aka Daisy aka Quake’s power emerging. I’m really excited to see where they are going to go with it now that everything is out in the open. I feel for her so much. Poor thing was abandoned and now is being treated like an outcast by her adopted family. That’s a really harsh and strict interpretation, but she’s also sequestering herself as well. She doesn’t want to hurt anyone. I like that Fitz is being loyal, not letting his friend suffer. And throwing that back in Simmons’s face… ouch. By the way, did anyone else watch the triple face palm near the end of the episode? 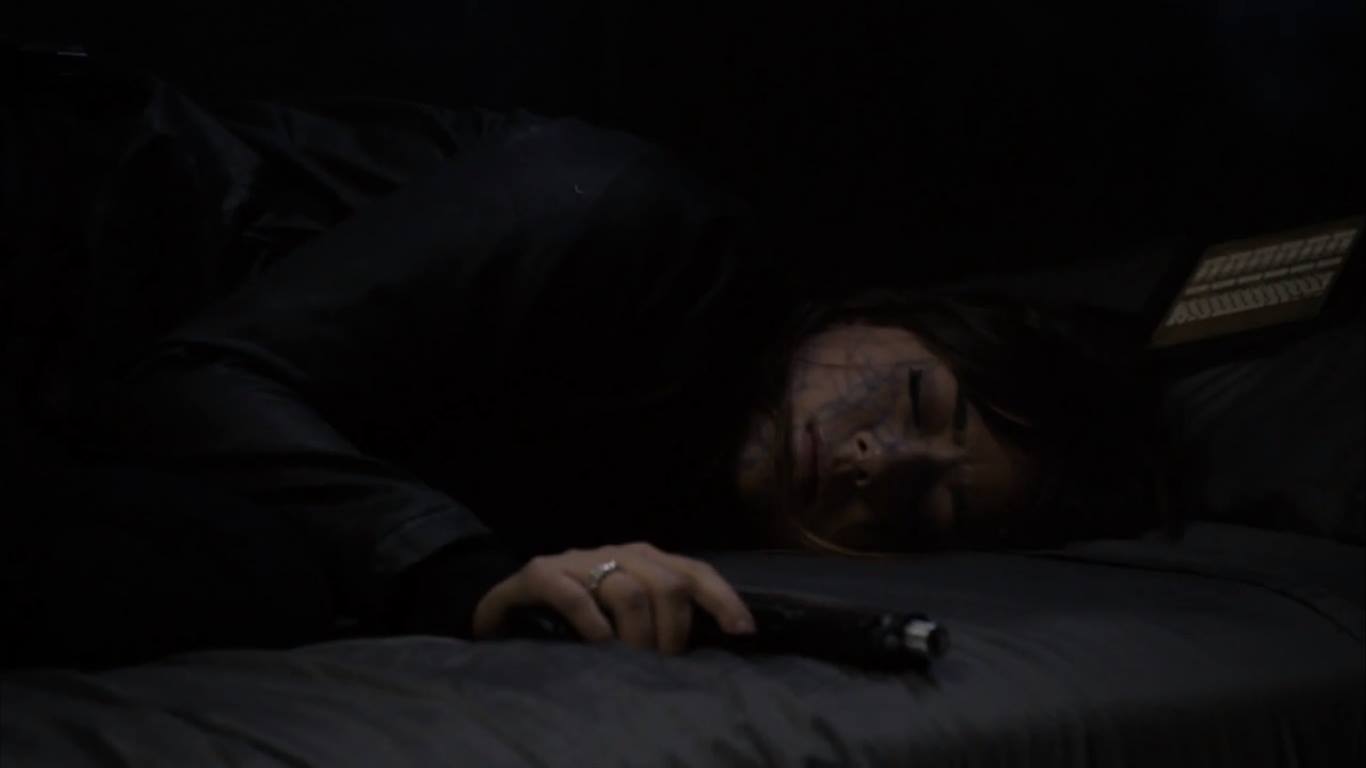 Okay, and though my hope of Fitzsimmons as an OTP feels like it’s faltering, I do love Lance Hunter and Bobbi Morse. I know they fudged with her background, since she’s traditionally tied with Clint Barton (Hawkeye), but Huntingbird (at least that’s what a quick search of Tumblr calls them) is adorable. I want them together and happy so bad. Yes, I kind of still see Adrianne Palicki as Jessica Moore (sorry, I’m a Supernatural girl), but it’s starting to seep away into me just seeing her as Mockingbird. Seriously, she is badass, like Ming-Na levels of badass. I’m always a hopeless romantic, and get stuck on a couple that should be together despite the odds, so I want to see Huntingbird succeed. Therefore, despite my love of another character who I’ve mentioned being awesome in the past… what the heck Mac?! You have some serious explaining to do, man!

Next, Eddie McClintock. I am a big fan of Eddie, I got to talk to him at NYCC and he is such a cool dude. I’m really glad he has popped up on AOS. He showed off some epic fight skills, though that may have been a stunt person… Regardless, it looked awesome. I lik that we are getting more Kree action, which is definitely due to Guardians of the Galaxy. Am I the only one who thought they were hinting towards Thanos with some of that vague dialogue? Even though his memory is wiped, I do hope he comes back. I know Vin-Tak was probably a poor-man’s Mar-Vell as they want to keep him for the upcoming Captian Marvel movie, but still. I have a soft spot in my heart for Pete Lattimer, regardless of the incarnation. I think it’s our shared love of baked goods. 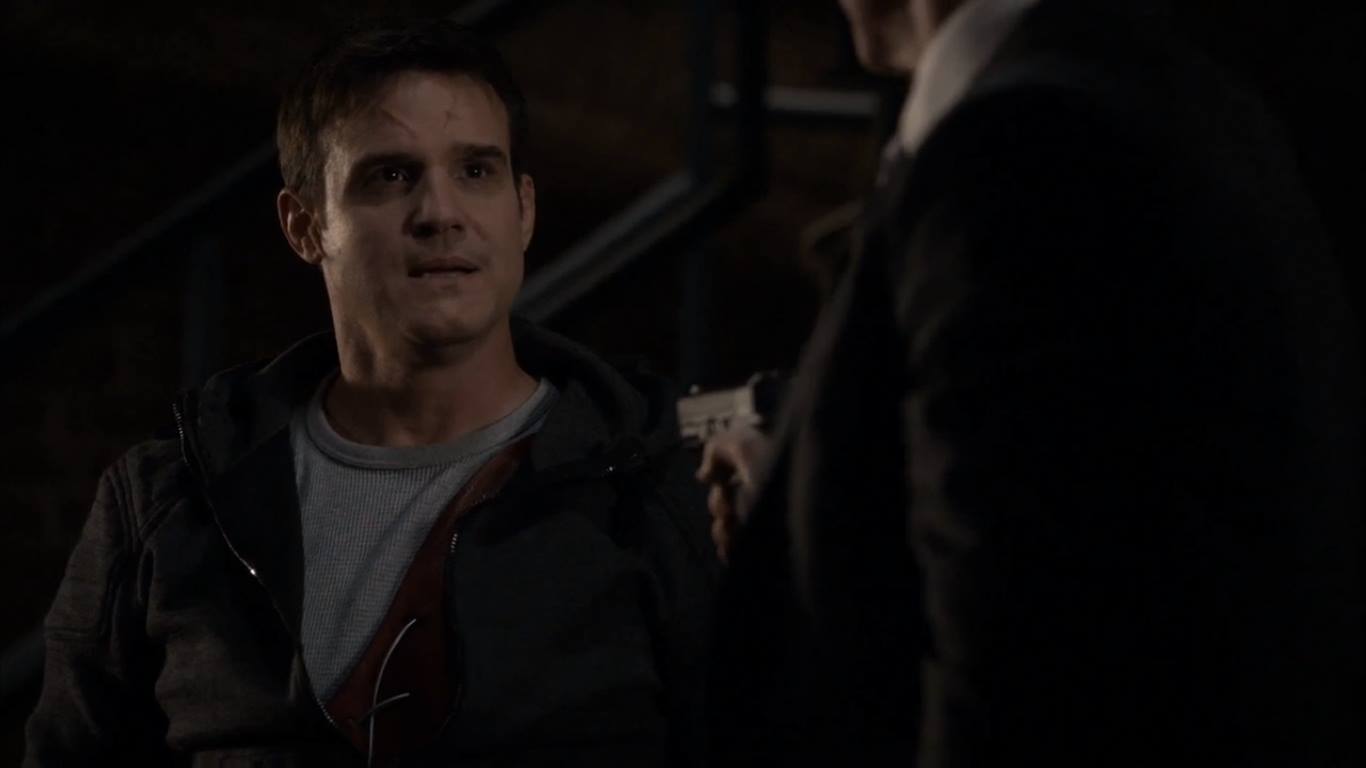 We also got the return of Jaimie Alexander reprising her role as Lady Sif yet again for the MCU and AOS. I know I should talk about that loads, but I just want to say that I really love that costume. Alexandra Byrne and Craciunica Roberto (the costume designers for Thor) did a really good job. I’m never going to get over it, and I want it in my cosplay trunk. (Okay, I don’t have a trunk, more like a big tote bag, but I’d get a trunk just for that.) Anyway, it was great to see Sif again, albeit with her memory gone for a good chunk of the episode. And the Thor mention, that kind of smarted a bit. Poor thing. Still, we got a good tie for AOS to Thor again, as well as Guardians of the Galaxy. I like when they throw us bones to the larger parts of the MCU. What can I say, I’m a sucker for it. 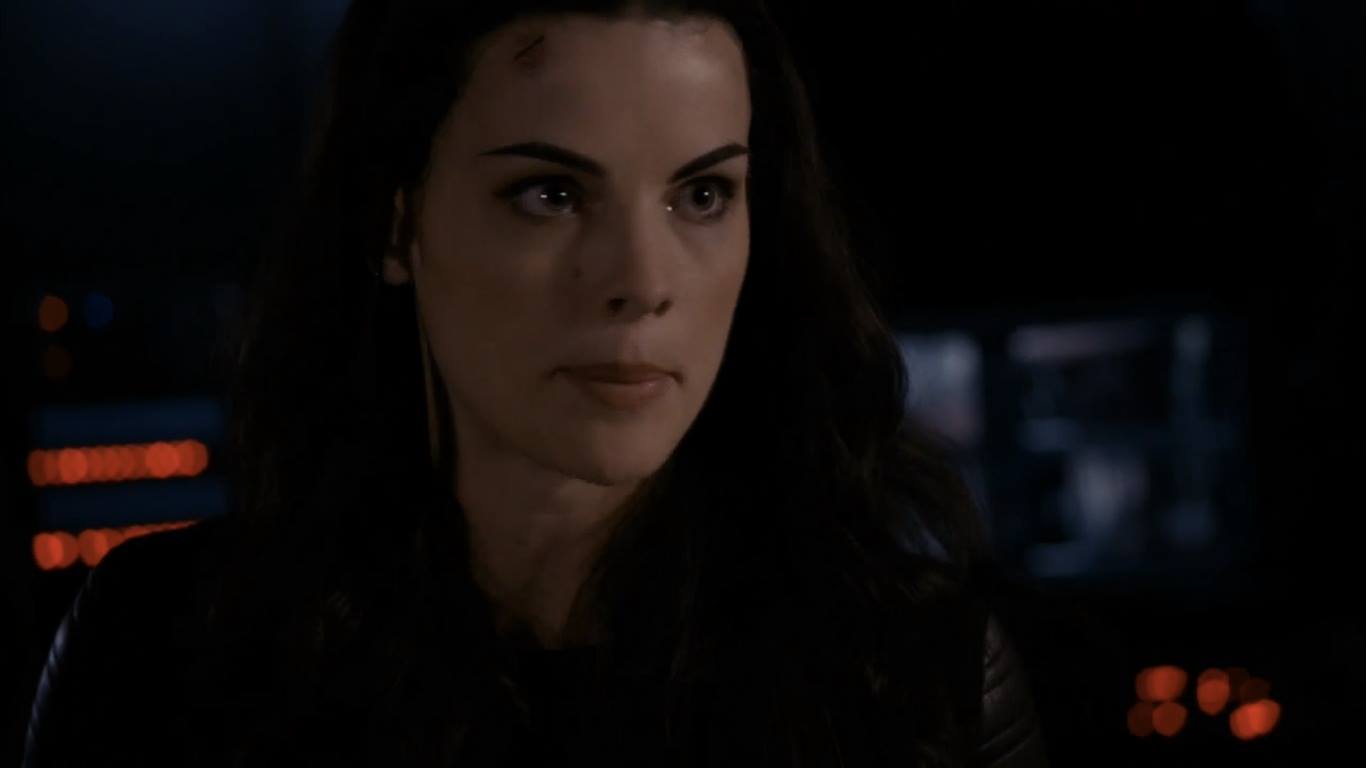 I do think the series has definitely come back stronger this season, and since the hiatus, they have definitely hit the ground running. Don’t me wrong, I loved Agent Carter just as much as the next person, but I’m glad to see Coulson and the gang back. Even though they killed Tripp, which I’m never going to get over. Ever.