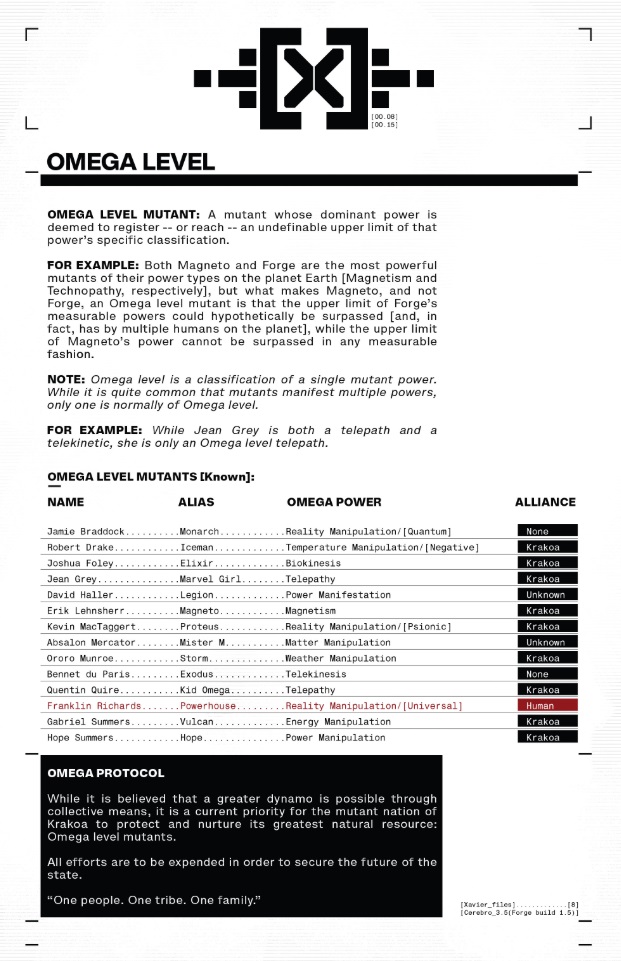 The day has finally arrived for some unfortunate arguments to be laid to rest. Marvel’s House of X Issue 1 by writer Jonathan Hickman offered readers a definition about what it means to be an Omega level mutant.

It also confirmed Ororo Munroe/Storm as one. Goddess be praised!

Writer Jonathan Hickman has a plan for mutants. His story in House of X and Power of X (read ‘Power of Ten’) is supposed to give rise to a narrative for the X-Men to last decades. It is about bringing the mutants to the forefront of the Marvel Comics Universe.

I have read the first issue of House of X, and I’ll be reviewing it, too. But for now, let’s get back to talking about Omega level mutants.

Basically, such a mutant is deemed incredibly powerful because of limitless power. A mutant with more than one power can be considered Omega in one type and not the other. For example, Jean Grey has both telekinesis and telepathy. But she is only classified as an Omega level telepath.

I’m glad Hickman decided to share this information. Storm has been teased as a potential Omega level mutant for quite some time in the comics. It took years, but we finally have confirmation. Hopefully, now certain people will stop arguing with Ororo fans about her powers.

I mean, seriously, the hate for Storm in certain parts of the fandom can be quite unfortunate. She’s literally a divine being who controls the freaking weather. So, her being an Omega level mutant as well shouldn’t be up for debate. But again, some people continue to hate her for whatever reason.

With the confirmation we got this week, Storm, as of now, is the first and only African-American mutant to be classified at such a level.

Also, I wonder if Billy Kaplan or Wiccan is considered an Omega level mutant, too. His powerset is similar to Franklin Richards (who is on the list). Billy is also supposed to be the Demiurge (a divine being similar to Storm).

Have you read House of X Issue 1? What did you think of it? Let us know.

Previous:Veronica Mars Season 4 Is Another Unfortunate Example of Disappointing Tropes