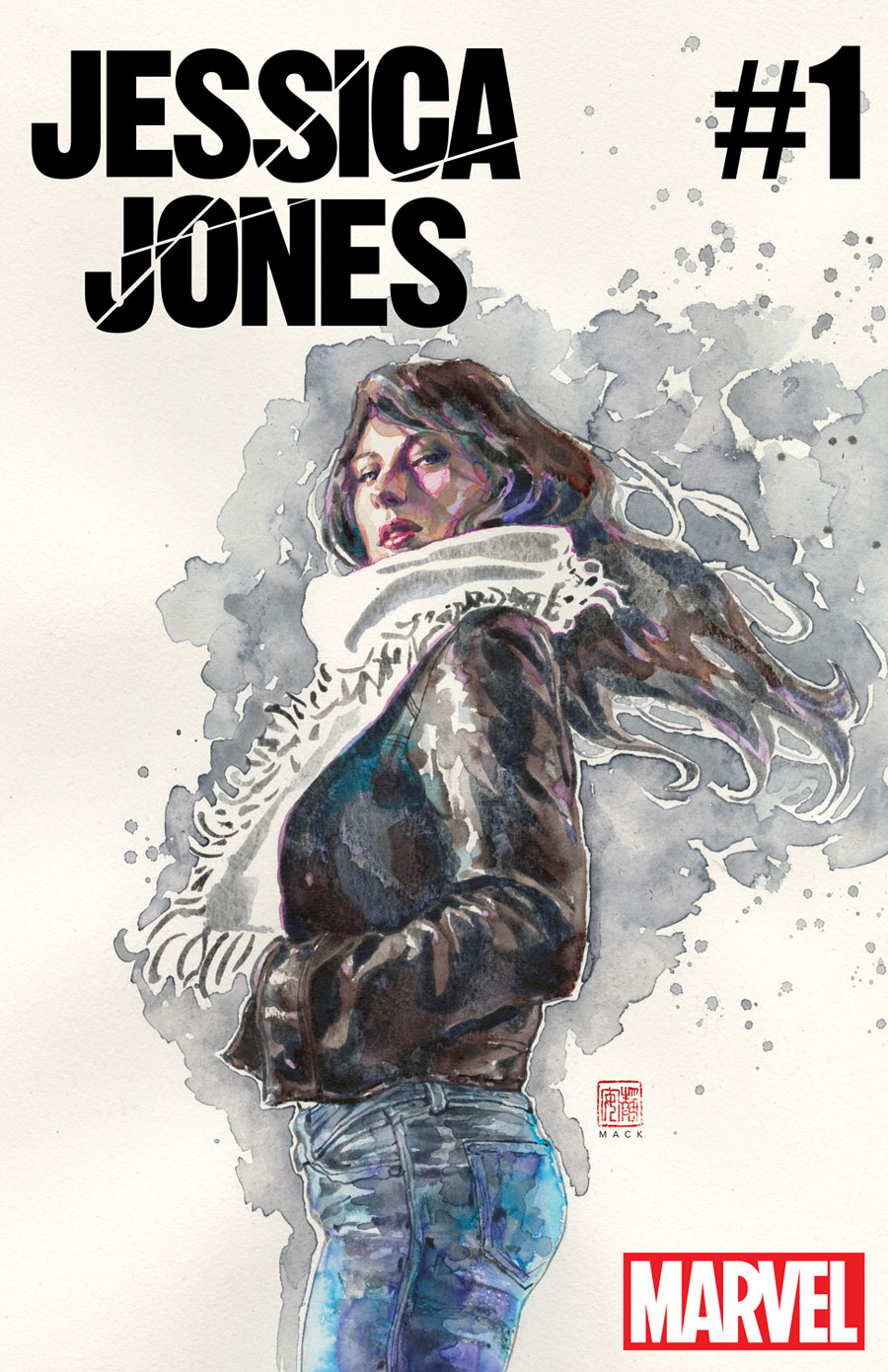 While it was bound to happen after the popularity of the Netflix show, Marvel has decided to make things official. Jessica Jones is getting her own solo comic book series this fall.

Creators Brian Michael Bendis and Michael Gaydos along with cover artist David Mack will work on the upcoming series. The trio also worked on Alias, the Jessica Jones series that debuted back in 2001 and concluded in 2004. Things have changed drastically in the Marvel Comic Book Universe since then. There are unsolved mysteries that the upcoming series hopes to uncover through Jessica.

“We’re going to open up a book where Jessica’s world has blown up in her face. She’s at a place you’ll least expect her. You’re going to find all of her relationships have altered. And we’re slowly going to find out why. I do like writing Jessica where we have to figure out ‘why this has happened,” said Bendis.

While some fans might think that the popularity of the Netflix show might change the tone of the solo-series, there is nothing for them to worry about. Tom Brevoort, Marvel Comics Executive Editor, acknowledges that the live-action show has given them a larger fan base but the comic book series will continue to tell the kind of stories Alias has from the beginning.

One major difference between the live-action and comic book versions of Jessica Jones is that the latter has a baby girl named Danielle with her husband Luke Cage.

“Having a child completely changes your perspective on everything, some in obvious ways and some in not-so-obvious ways. Some of them really sneak up on you. Like caring about somebody more than yourself, particularly when you’re very self-involved like Jessica would tend to be, is a big thing. Luke and Jessica have tried to raise a baby in a very dangerous environment,” said Bendis. “So your perspective changes, and as an investigator and a detective her perspective will change because she’s a mother. I know some people are worried about that baby being dragged like a sack of potatoes that holds down the story or something, but I can think of many ways to tell the story celebrate this part of her life and at the same time complicates it to a degree that a lot of people can relate to.”

What do you think of the upcoming Jessica Jones solo-series? Are you a fan of the Netflix show? Let us know.

Previous:Disney Landmark Comes to LEGO Form
Next: PositiviTEA Tuesday with The Geekiary (7/12/16)