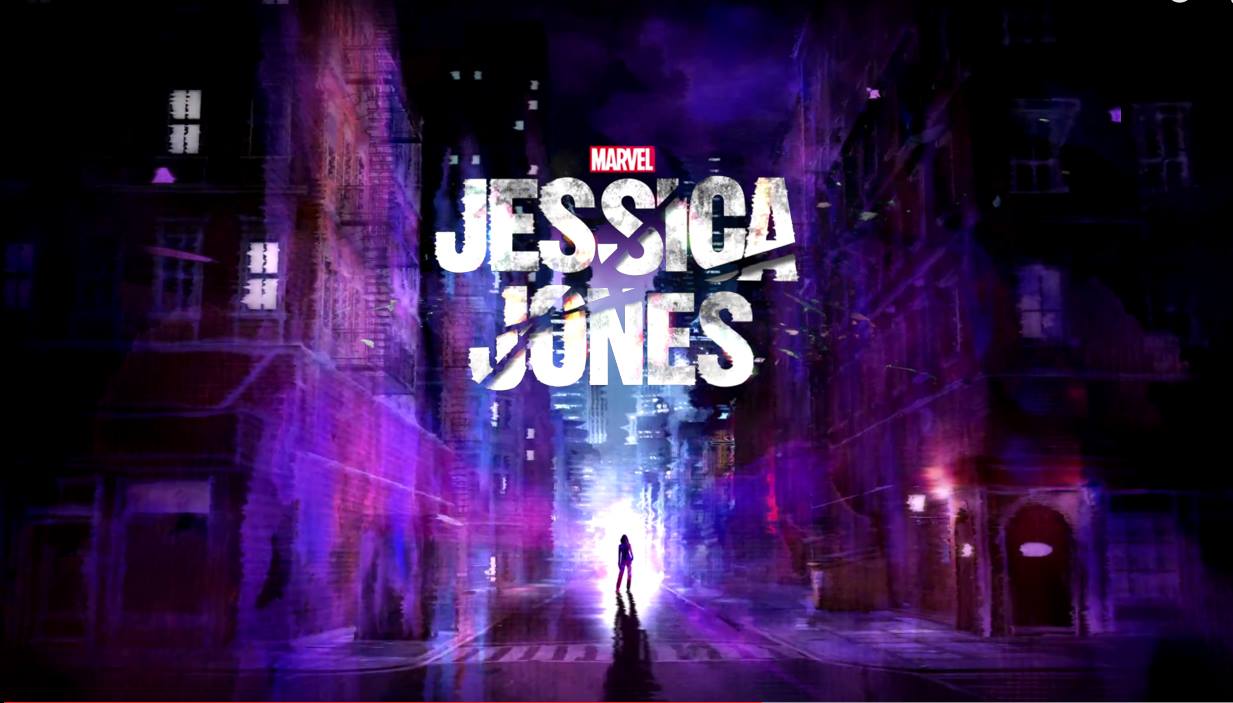 First thing I have to admit, I am not a binge watcher. I just can’t do it, so it took me about a week to get through Marvel’s Jessica Jones. Second of all, I don’t honestly think it’s something that you can binge watch – this is for several reasons. This is just my opinion, of course, but I found the material really heavy and parts of it dragged. That said, I know it’s probably going to be an unpopular opinion, but I actually liked Jessica Jones more than Daredevil.

After the first episode of Marvel’s Jessica Jones, I was hooked. Netflix’s second outing with Marvel Studios is based on the comic book Alias by Brian Michael Bendis and Michael Gaydos. The comic itself lasted for 28 issues and followed the ex-superheroine Jewel (aka Jessica Jones) who becomes a private investigator. Netflix’s offering was written by Melissa Rosenberg, who is a TV-writing veteran (she also penned the screenplays for Twilight, but having never seen those, I can’t comment). It’s probably because of Rosenberg that we had such strong female characters. 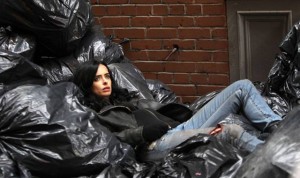 Stepping into the titular role is Krysten Ritter. I loved her in the short running series Don’t Trust the B in Apartment 23, and she definitely doesn’t disappoint as Jessica Jones. The character suffers from Post Traumatic Stress Disorder due to being manipulated by Dr. Zebediah Kilgrave, aka Purple Man (played by David Tennant). She is a mess in pretty much every sense of the word, since her life was ripped from her hands. Ritter was just amazing in stepping into the tortured character. Jones has a dependence on whiskey that helps her cope, as she doesn’t seem to want to deal with her pain any other way (at first).

Another coping method is her relationships, both healthy and destructive. The two people in her life that try to help are Trish Walker and Luke Cage. Walker is Jones’s best friend, and in the comics she is also Hellcat. While Jones wants nothing to do with being a hero, Walker runs towards it. She gets caught up doing her best to help Jessica, which gets her into some trouble along the way. Most notably with Will Simpson, aka Nuke. Seriously, when he was on the red pills, he gave me the heebie jeebies, a testament to Will Traval as an actor. 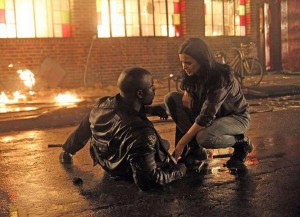 Cage, who has his own series coming up on Netflix, is one half of “Heroes for Hire” (Iron Fist / Danny Rand, also getting his own series). It’s a more difficult relationship as Jones is the reason for the death of Cage’s wife. They also have sex, and a lot of it. In the comics, they have a child, so it’s not out of character. I am interested in seeing where they are going to go with his series next year, especially since Cage has always been one of my favourite Marvel characters.

The villain of the series, Kilgrave, is probably my favorite, though. Tennant is absolutely fantastic as Purple Man. He’s creepy and mesmerising. To be honest, he’s such a captivating actor, I’d probably just sit there and listen to him reciting the phone book. Kilgrave 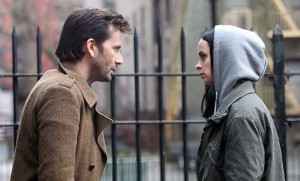 was a problematic character for me, mostly because I really felt bad for him. He was raised in a horrid environment and was a product of it. I didn’t really see him as a villain, to be honest, but more of a broken person. He was hard to hate and I pitied him more than anything. I know there has been a lot of contestation about Kilgrave, but he was a product of his environment. There were some horrid things that he did, there’s no debating that, but he didn’t know any better. It’s no excuse in the end, but I didn’t see him as the Purple Man from the comics; he had more depth than that.

There are various other secondary characters, though Malcolm was probably the biggest surprise, to be honest. Aka Darville plays Malcolm Ducasse, who comes to light in episode 5 as a spy for Kilgrave. Malcolm becomes another protector for Jones. I have to admit, I kind of really like Malcolm, especially near the end. And Robyn made a good budding version of Typhoid Mary. There were some seriously in-depth easter eggs if you aren’t as well-versed in Marvel as others, by the way. I know it’s worth mentioning Hogarth and that whole side storyline, but it just really seemed like filler. I know that’s probably not what a lot of people think, but it’s just my opinion. I’d have rather had more Jessica or Kilgrave instead.

One thing that did bug me slightly was that the characters were meant to be in Hell’s Kitchen (which would help lead to The Defenders mini-series), though most of the filming took place in various locations nowhere near Hell’s Kitchen, but it’s the movie world, so it doesn’t really matter.

Ultimately, I liked Jessica Jones. I think it did have a bit of lackluster ending. I definitely liked the first two episodes, but my excitement seemed to die down after that. Also, Kilgrave’s death was spoiled for me because I made the mistake of looking at my Tumblr before I finished – ugh spoilers! Anyway, I think that this is a really interesting direction for Marvel, and definitely the grown-up version of the MCU. I’m very interested in seeing where things are leading for the Netflix Marvel Universe.