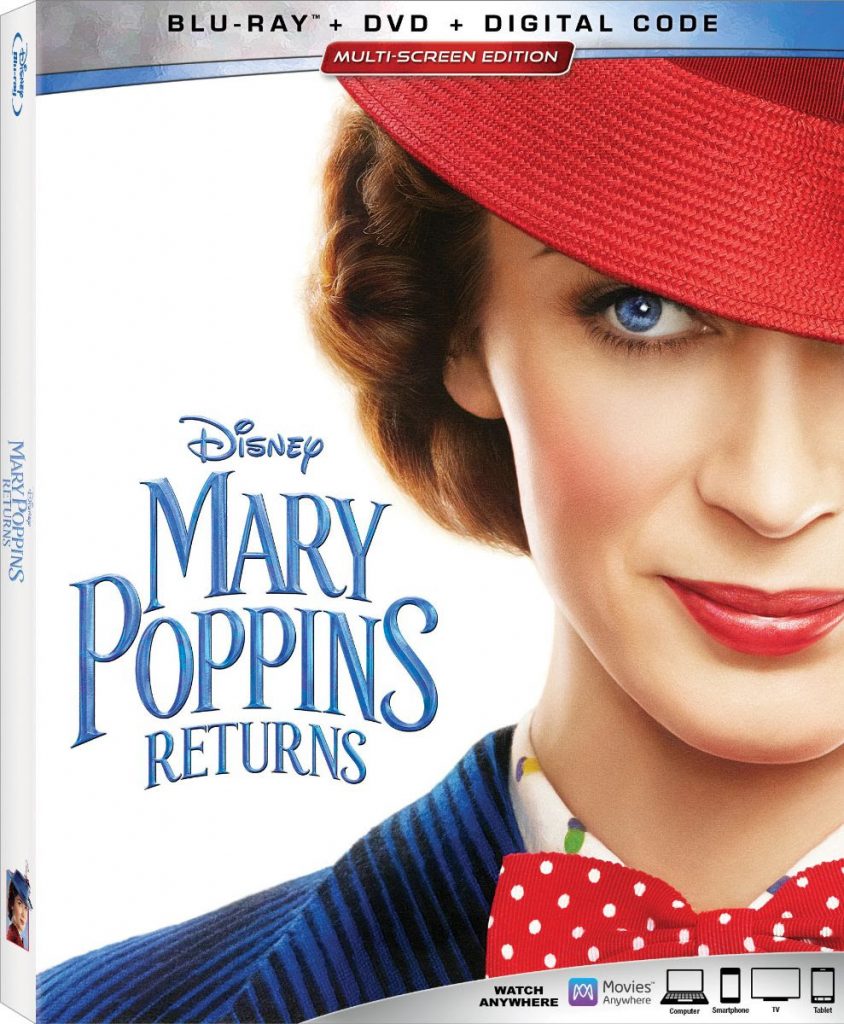 Fans of Disney’s Mary Poppins Returns will be able to own it very soon. The Academy Award-nominated film will be available on Digital 4K Ultra HD/HD and Movies Anywhere come March 12, 2019. It will be available on 4K Ultra HD, Blu-ray and DVD on March 19, 2019! The home release will feature a sing-along version and never-seen-before bonus features.

We have reviewed Mary Poppins Returns. The sequel to the 1964 classic stars Emily Blunt as the titular character. The film went on to garner a number of Oscar nominations and has grossed approximately $340 million at the worldwide box office.

“Mary Poppins Returns,” Michael Banks (Ben Whishaw) — just a child when Mary Poppins first visited 17 Cherry Tree Lane — is now a grown man raising his children Annabel (Pixie Davies), John (Nathanael Saleh) and Georgie (Joel Dawson) with help from his sister Jane (Emily Mortimer). Times are tough in Depression-era London but the winds begin to change and the enigmatic governess, whose unique magical skills can turn any ordinary task into a fantastic adventure, enters the lives of the Banks family once again, having not aged a single day. Teaming up with an old friend, Jack, they take the Banks children on a series of whimsical adventures, encountering colorful characters like Mary’s eccentric Cousin Topsy (Streep), Jack’s lovable band of leeries and bank executives William Weatherall Wilkins (Colin Firth) and Mr. Dawes Jr. (Van Dyke) — bringing life, love and laughter back into the home.

The Bonus features include:

Here are the Product Specifications:

Feel free to share your thoughts about Mary Poppins Returns with us.