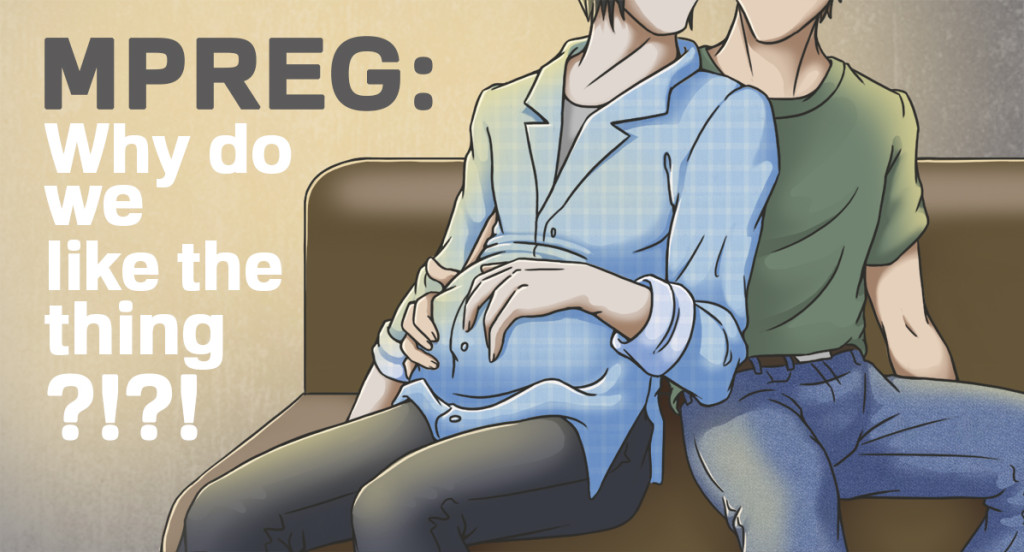 Fanfiction is an endless world of possibilities.  Through fic, we’re able to explore different dynamics between characters, follow plot threads not explored in the source material, or even completely turn the universes we love on their heads in any way we desire.  Fanfiction has helped people consider aspects of themselves including gender, sexuality, and kinks, as well as work through emotions or life experiences through the settings and characters of media with which we’re already familiar. In short, fanfiction is one of the greatest creative outlets ever, and I would not be the same if I hadn’t discovered it.

Within the extremely large world of fanfiction there are tons of subgenres.  You can read “fluff,” which are stories that focus on sickeningly sweet moments between your favorite characters.  You can read “PWP,” or “Porn Without Plot,” which is exactly what it sounds like. There’s slash fic (same sex pairings), het fics (different sex pairings), gen fic (not focusing on the pairings or lacking any pairings at all), and so many other genres that I can’t even begin to form a comprehensive list here. And then there’s this wonderful little creation called MPREG.  That stands for Male Pregnancy.  Yes, you read that right.  Guys getting pregnant.

If you’ve never heard of it before, I can imagine that many people’s initial reaction is ‘wow, that’s really weird.’  When I first heard of the phenomenon I was equally baffled at the concept.  I tend to avoid applying the word ‘weird’ to subcultures I simply don’t understand, but I confess I wasn’t exactly the most accepting person about it when I first discovered it.  One day curiosity got the better of me, though, and I read some because, hey, nobody knows what I’m looking at on my own computer screen so why not give it a shot?  At worst I giggle about it and move on.  But to my surprise, it was actually pretty damn good.  So then I read more of it.  And then I wrote some.  And then I just really couldn’t keep lying to myself anymore and had to admit that I’m kind of sort of a fan of it and I can’t even begin to articulate why.

I’m a curious sort of person and I couldn’t let this just sit without exploring it further, so I began reaching out on social media to find out why we like this sort of obscure subgenre.  Through Twitter I was getting a lot of amazing feedback, but a lot of people don’t feel comfortable discussing it so openly so I set up a survey where people could anonymously explain why this genre is so appealing to them. The responses were incredible.  What struck me was not only the similarities among our responses, but also the rare response that made the experience personal for that one respondent alone.

There are so many reasons to enjoy this subgenre; it’s time I pass the torch over to the respondents of my survey and let them explain it in their own words.

One of the most common responses from our survey participants was about how it plays with traditional gender roles.  This isn’t exactly a surprising reason, but everyone put their own unique spin on what it is about the gender role dynamic that appeals to them.

“I’m intrigued by how fic authors treat a part of life that has traditionally existed only in the female sphere. I am particularly interested in how a writer treats the mental and emotional well-being of a man who is pregnant […] I feel like the trope has a lot of potential if authors use it to their advantage. It has a tendency to be fetishised, which isn’t bad, but I think there is a real avenue for writers to take this idea and explore how characters can change and adapt because of it. It also provides an opportunity for writers to explore gender identity and how pregnancy is intertwined with our concept of it.” -The Collectress

“Pregnancy and birth has always fascinated me, and childbirth has been something of a kink; the added spin of a male experience with these life events, and the simultaneous strength and vulnerability inherent in them, is very appealing to me. My personal preferences focus on the childbirth event and the experience of the man in question and the support of his partner.” -J.M.

“MPREG, like A/B/O [Alpha/Beta/Omega], gives an opportunity to play with and subvert established gender roles.” -Anneliese

“Maybe my interest in mpreg relates to my love of genderbend fics? Even though I’m cis I have a strange obsession with characters changing place on the gender spectrum, particularly if it is caused by magic rather than a born-that-way-AU. Although I really wish that there were more fics with characters that are born/turned/come-out-as shades of intersex in a non-A/B/O way. I do read A/B/O on occasion, but generally I prefer RL-gender fics.” -Anonymous

“The possibility that bodies aren’t bound by the conceptions of gender and sexuality that society rigidly thrusts upon us. That somewhere there is an extraterrestrial civilization or another dimension or whatever magical creature that effortlessly destroys the gender binary.” -Lina

“[MPREG] shows the more maternal nurturing side of male characters that often goes understated or ignored due to societal norms. Forces male protagonist to be careful and protective of themselves. Often it can help them bond better with female characters, see things from their perspective.” -Anja

Giving Couples a Chance to Conceive

Another common thread from our respondents was how enjoyable it is to see a couple that can’t traditionally make a biological child be given this chance.  This usually involves same sex couples, but I was surprised to find that some infertile women could relate to this aspect of the genre as well.

“I like the idea of m/m pairings having a child with both of their traits, something that is 100% theirs that they both made. I like when it’s treated as something that is normal; as in just another off shoot of nature and has both parties excited [about] being parents.” -LM

“I like that it gives same-sex couples a chance to share a pregnancy.. Even if it is fictional.” -Anon

“The idea of same sex couples able to conceive together is appealing. And having my own struggles with loss of fertility, I appreciate the idea of overcoming an impossibility.” -Bee

One aspect I hadn’t considered until I began to explore the reasons people enjoy the genre is its relation to the trans community.  While most MPREG fics feature cis men, it seems there’s still something about it that appeals to the transgender and genderfluid community.  I was happy to hear their reasons and look at it from a different perspective.

“I’m transgender and mpreg creates a space where we can challenge only women being able to be pregnant in stories. While it’s not often that the characters are trans men (more often or not it’s supernatural reasons like magic or a/b/o biology etc), it does still challenge cisnormative assumptions that it’s only women who can get pregnant. So that’s cool.” -Anonymous

“I am genderfluid/leaning to male and want to experience pregnancy. I will however put off any surgery and hormones until after I give birth[…]  It has similarities with being transgender. It is lovely to see any kind of representation in a positive light and to be “normalized.”  I love that I can escape to this fantasy land where males can give birth because I hate that I have to put off being my true gender if I want to have a child.” -Missy

“I’m AFAB genderqueer, and I’ve always been incredibly uncomfortable with pregnancy and childbirth, to the point of feeling ill at ease around pregnant women and young babies, because so much of female gender and the idea of womanhood is wrapped up in pregnancy/motherhood, and the reverse as well, a pregnant body at this point in my culture will inevitably signify “female” to outsiders. As I get into the tail end of my potential reproductive years and start to reexamine my childfree-by-choice status, MPREG gives me an alternative POV, where reproduction is divorced from binary sex, some men have babies, some women have babies, some men impregnate, some women impregnate. I’ve seen criticism of MPREG saying “Why not just write trans characters instead” but for me that misses the point, trans people have babies right now, and that’s awesome and makes me super happy, but MPREG is like good sci fi, it’s utopian possibility, sex as irrelevant, gender as expression.” -Jay

What surprised me the most was how few pregnant women or women who have children actually read the genre.  I thought the number would be much higher.  Over 91% of our respondents have never been pregnant.  Of the small number who have been (or the one respondent who is pregnant with her first child… congratulations by the way!), the reasons for finding the genre isn’t all that surprising.  It’s relatable.

“Reading my favorite characters struggling with something I can relate to, and seeing them starting a family plus all the angst that usually comes first. I also love kid fic, and sometimes MPREG is part of a kid fic.” -Alias

While I’m getting all hyperanalytical of why we like this thing, there were some respondents who put things in much simpler terms and I just have to applaud them for their straight forwardness.

–
So there you have it.  This is why we like MPREG.  There are about as many reasons to like it as there are MPREG fics to read, so if you don’t see your reason for enjoying the subgenre above, feel free to comment below!  Let your voice be heard.  Shake off the shame of reading something ‘weird,’ embrace that a lot of people out here enjoy this obscure thing that you also enjoy, and tell us why you like the thing!  Why do YOU read MPREG?