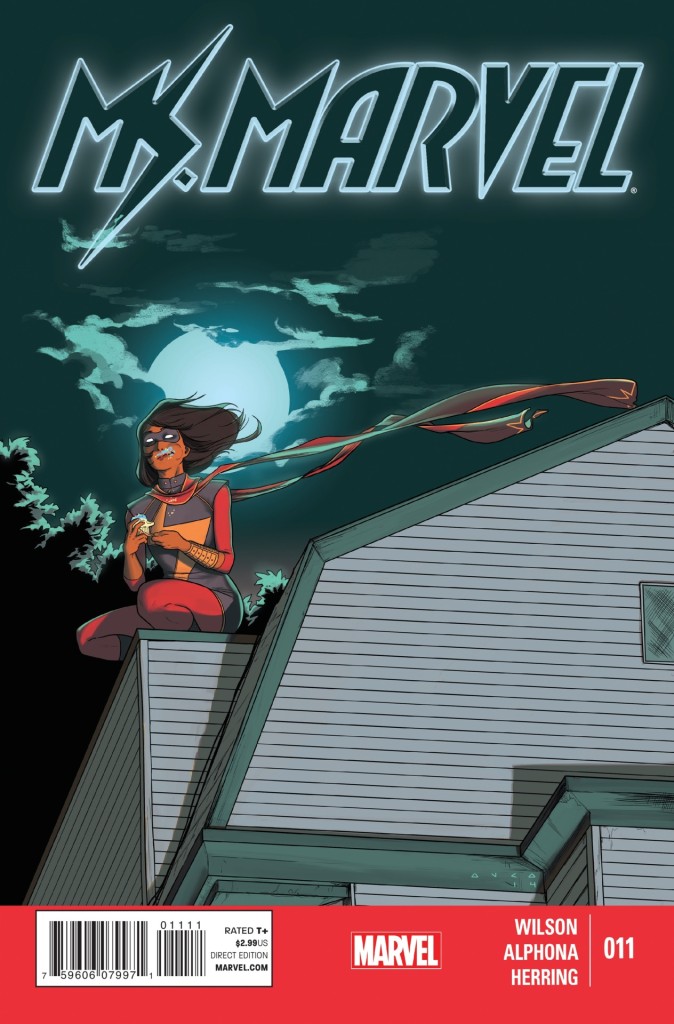 This month’s issue of Ms. Marvel brought the four-part arc, “Generation Why” to a close and showed Kamala Khan realizing that she can’t defeat every bad guy alone. Kamala’s leadership is infectious and inspiring so I’m looking forward to seeing how this new superhero affects the Marvel Universe in the future.

Writer G. Willow Wilson has done a great job creating a story that directly relates to the younger generation in the world they live in. The Inventor wants to end the ‘cellphone-addicted’ generation because he believes that they will amount to the destruction of the world. He even got a group of teenagers to join his cause.

On the other hand, Kamala believes that everyone should get a chance to prove themselves and I liked how she took a stand against The Inventor. Several panels illustrated her character growth. Even though The Inventor tried to scare her by saying he’ll figure out her true identity, Kamala didn’t falter.

The new Ms. Marvel has shape-shifting powers and one might suggest she should just grow to gigantic proportions and punch everything in sight. But that’s not how things work and Kamala had to destroy the antagonist’s machine from the inside to rescue her friends. 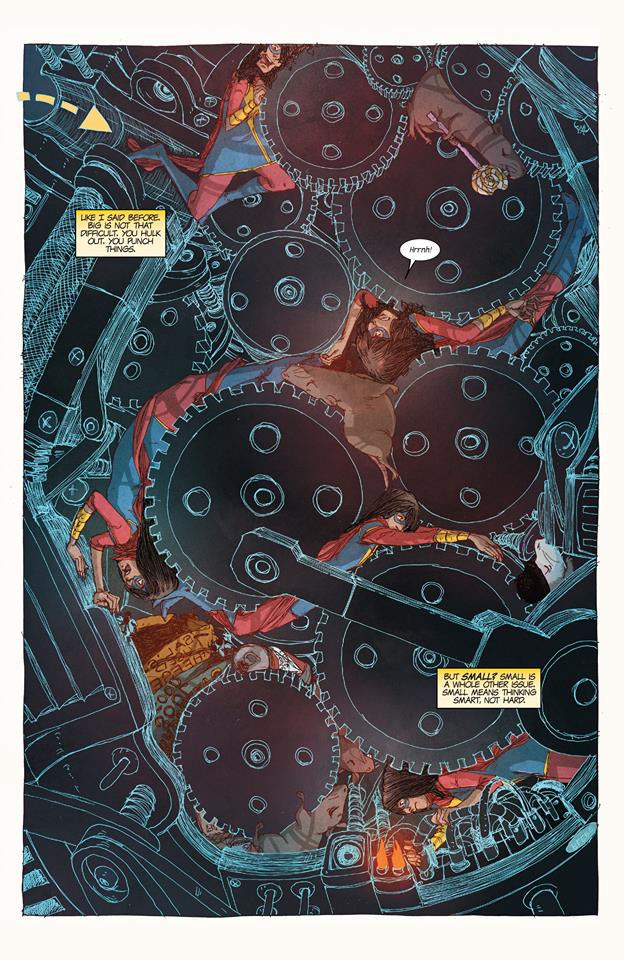 Adrian Alphona did another awesome job with the art this issue. His splash page showing Kamala moving inside the machine and wrecking the wires was full of movement and hilarious visual gags.

Kamala understood the importance of team-work this issue and called Bruno to send in the police for help. One of the things I like about Kamala Khan is that she doesn’t have a false sense of pride. If she requires help to take down a bad guy, she won’t hesitate to call her friends for aid. I think realizing when you need someone else to help you is an important trait all superheroes should possess.

Even though The Inventor met his doom at the hands of his own creation, I think we will be seeing a lot more of his sidekick in coming issues. For now I’m happy that Kamala Khan was able to save the day and pass on her father’s advice about being more active in the world and making it a plan better to a group of teenagers. The next issue of Ms. Marvel will star Loki and I’m excited about that!

Did you read Ms. Marvel #11? What did you think of the hazmat team that looked like minions from the Despicable Me franchise? Let us know!