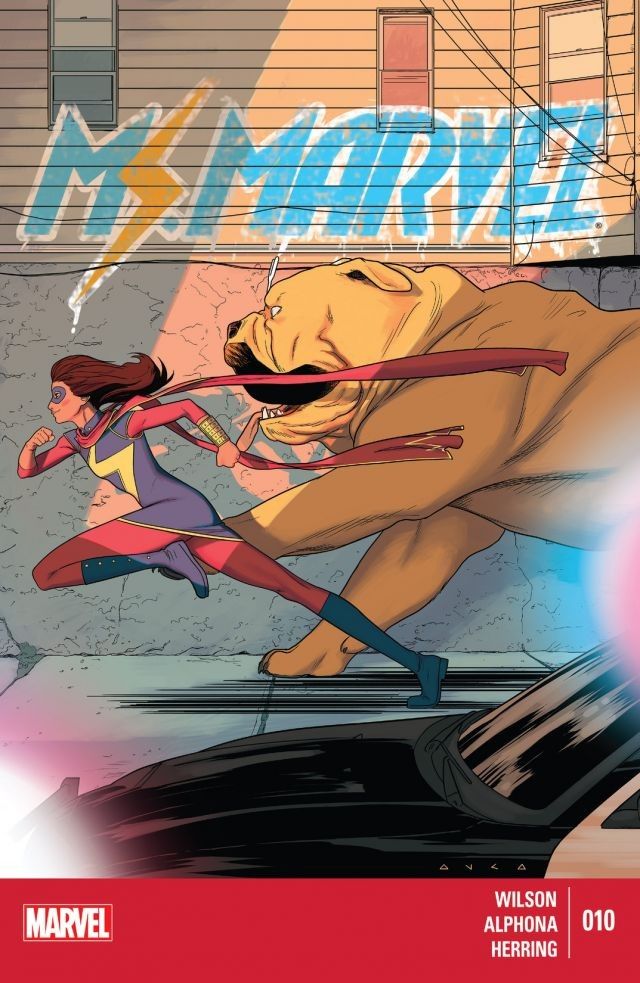 This month’s issue of Ms. Marvel finally made me understand why the new arc is called ‘Generation Why’. I liked how G. Willow Wilson handled expressing teenage thoughts in the story and what it means to be important in this world.

Ms. Marvel’s mission to save kidnapped teenagers didn’t exactly go as planned. I was surprised to realize that the teenagers actually wanted to help The Inventor and the reason behind it directly linked to the title of the four part arc. The Inventor had brainwashed the teenagers to make them work for him because adults thought they were useless in society.

Wilson made some very good points in her story. There are people who think teenagers these days don’t contribute to society at all and are a burden. Kids are busy texting on their cellphones rather than doing something good for the future of mankind. The Inventor didn’t feel guilty about using teenagers as ‘human batteries’ to power his creations. He actually made them think that they were doing something useful for the betterment of the world which was already facing overpopulation and inevitable doom. 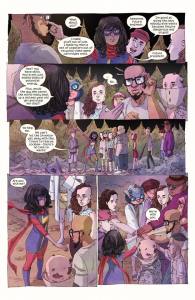 I liked Ms. Marvel’s answer to all of this. She helped make the youngsters realize that they had useful skills they could use to make the future better for themselves as well as others. There was no need for them to sacrifice their lives under false pretenses that it was helping everybody else. Everyone has the right to live their life no matter which generation they belong to.

The fight between The Inventor and Kamala was just a hint regarding what was to come next. I was surprised to see he took Lockjaw away from her. You don’t just kidnap a royal Inhuman dog and get away with it! I hope Medusa, the Queen of the Inhumans, finds out about the events that took place and comes to help the young hero in the next issue.

Adrian Alphona did another amazing job with the art in the issue. I really love his quirky humor in the panels throughout the series. I especially loved the panel where Kamala Khan infiltrated The Inventor’s lair and got electrocuted in a humorous manner along the way.

The Inventor has a little army of kidnapped teenagers at his disposal and judging by how the issue ended, rescuing them all is going to be tough for Ms. Marvel. The Inventor knows all about her powers and she will definitely have to take him by surprise if she’s even to have a chance at winning. Maybe the rag-tag group of teenagers that offered to help her might prove useful in the battle?

Have you read Ms. Marvel #10 yet? Are you enjoying the current arc? Let us know!

Previous:Dear Geekiary – Supernatural: Women in Season 10
Next: Happily Ever After, a Review of “Myth & Magic: Queer Fairy Tales”