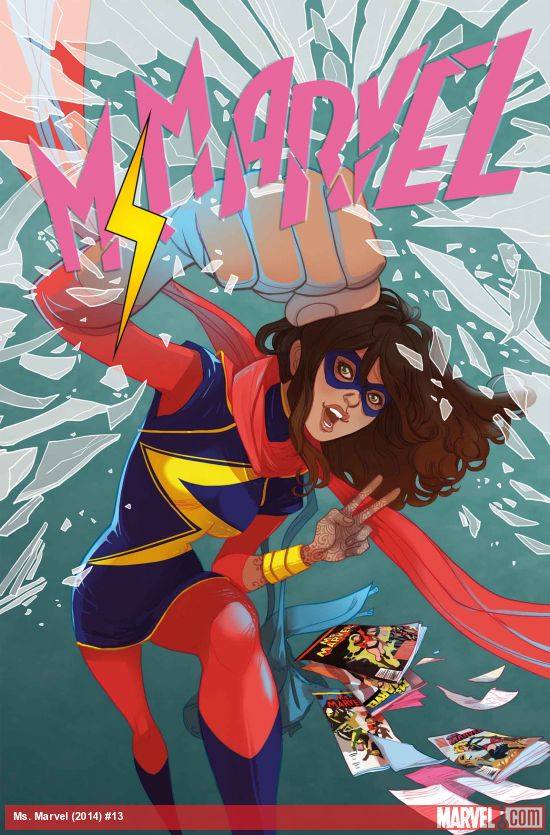 This month’s issue of Ms. Marvel had Kamala Khan developing a crush on a boy and dealing with other Inhumans coming to Jersey City. I liked how writer G. Willow Wilson laid the groundwork for a bigger story involving the Inhumans and how it will no doubt change the Marvel Universe as a whole.

It was good to see Kamala getting some much needed training by Queen Medusa after defeating The Inventor. In true Ms. Marvel fashion, there were visual gags throughout the issue, and I liked how she wore an ‘Eye Of The Tiger’ t-shirt as she trained. My mind was playing the song as I read the panels that showed her in the training simulator.

I understand that Queen Medusa is worried about Kamala and wants her to live in New Attilan, but I think she’ll be better on her own for now, even if there are other new Inhumans who think they are superior to the rest of the world. Kamala got into a fight with such an Inhuman, and it’s obvious we haven’t seen the last of these confrontations. I can feel an Inhuman vs. the rest of the Marvel Universe war coming soon. It’ll be exciting to see where Kamala finds herself standing during such an event.

Kamala also lost control over her strength during the fight and ended up hitting the antagonist a bit too hard. I get that superheroes aren’t supposed to brutally hurt a villain, but it was good to see that Kamala was capable of killing someone if she wanted to. 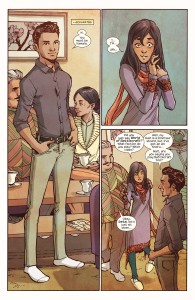 Coming to the best part of this issue, G. Willow Wilson did an amazing job with the romantic feelings shared between Kamala and Kamran, a boy she knew from her childhood. Even though she wasn’t interested in meeting him, the two started to bond over online games and old Bollywood movies.

Kamran looks a lot like my younger brother, so it was weird for me to see him being all ‘lovey-dovey’ with Kamala. I can’t wait to see how their relationship is handled in the series. I have a feeling Bruno isn’t going to be too excited about it, considering he also has a crush on Kamala.

Kamran revealed himself to be an Inhuman in the final panel. Do I trust him? Not yet. He kind of comes across as too good to be true. But that aside we have another Pakistani-American super powered character in the Marvel Universe, which is great!

What did you think of Ms. Marvel #13? Do you like Kamala and Kamran as a romantic pairing? Will we ever see a Pakistani-American who isn’t dark skinned? Let us know! 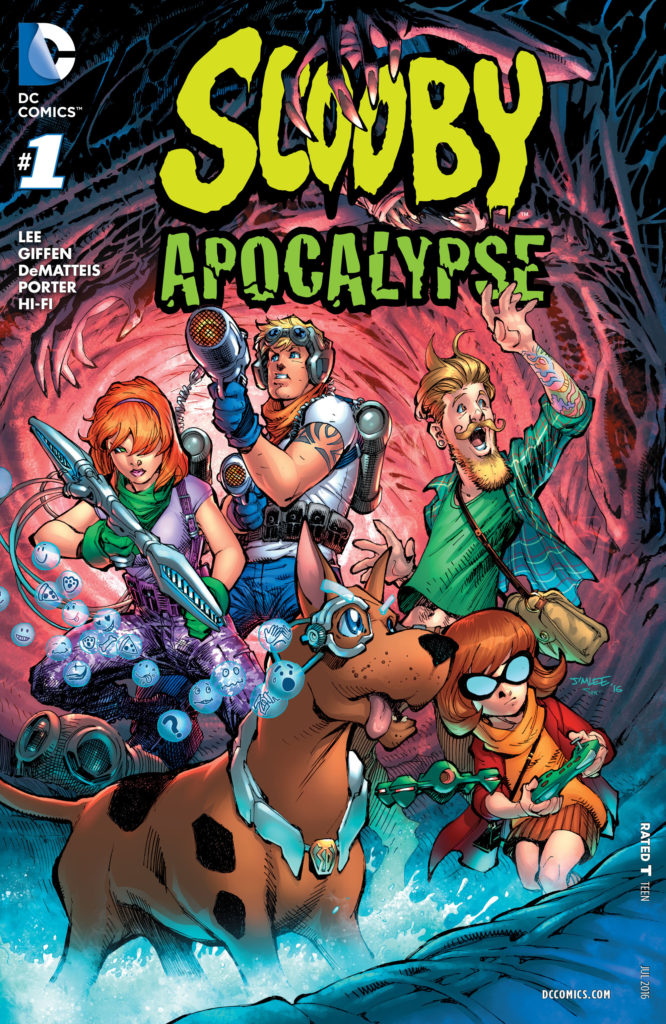 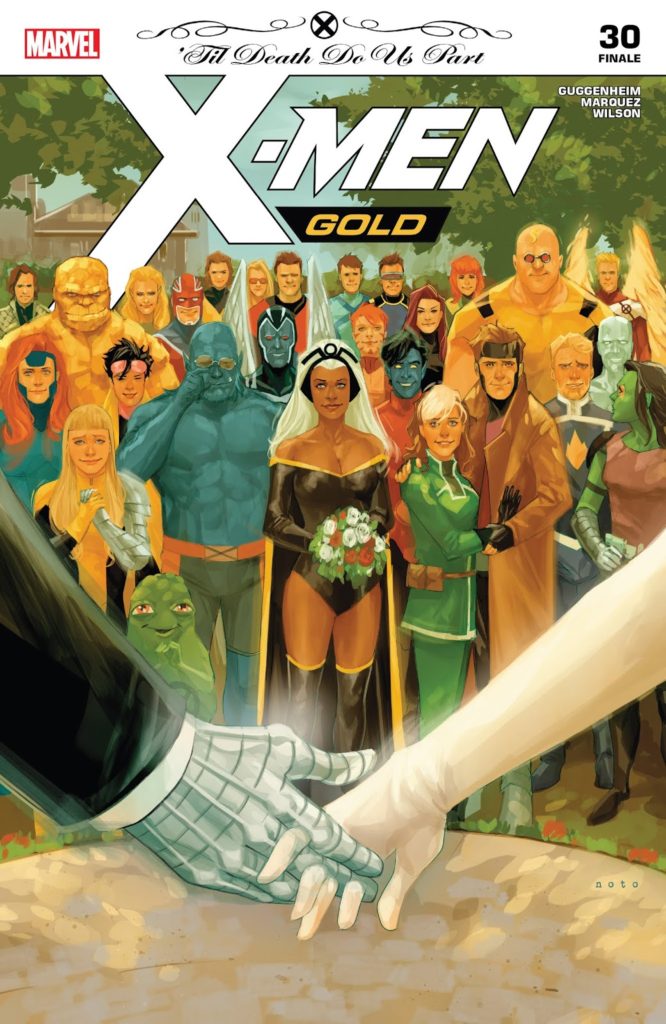