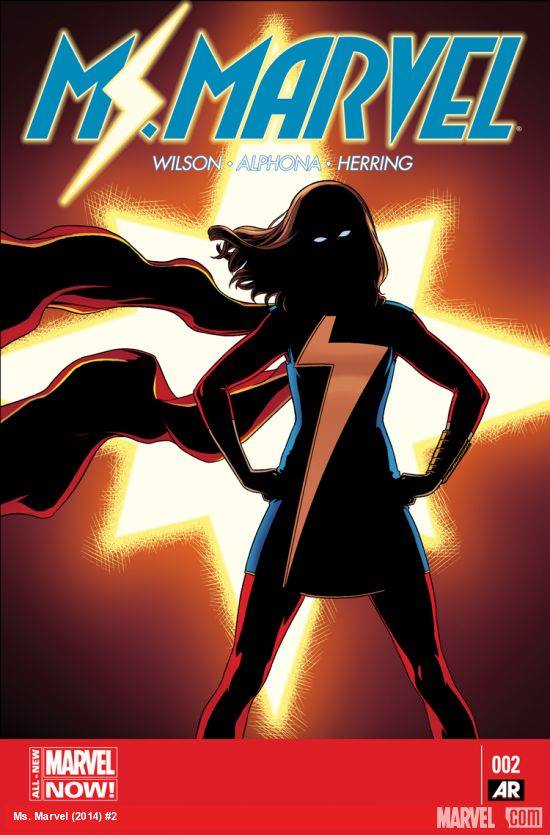 Last month, Kamala Khan made her debut as the new Ms. Marvel…and it was amazing. I couldn’t wait to see how she would cope with her new powers, and was excited when another spectacular issue was released on March 19th.

As it turns out, I wasn’t the only one who enjoyed her debut. According to the letters page of this month’s issue, Ms. Marvel #1 went back for a reprint to meet demands and rocketed to 1st place in digital comic sales. That’s extremely impressive for a new female character in a male dominated medium; clearly the audience is really connecting with the series. But it’s hard not to do so – it doesn’t matter what race Kamala belongs to, or what religion she is. The important thing is for her to save lives – that’s what connects heroes all over the world. Another strong point for this series is that the writers want to sell her story to the audience rather than using her sex appeal to boost sales; Kamala is a very normal looking girl and her whole body is covered, and this seems to be working. 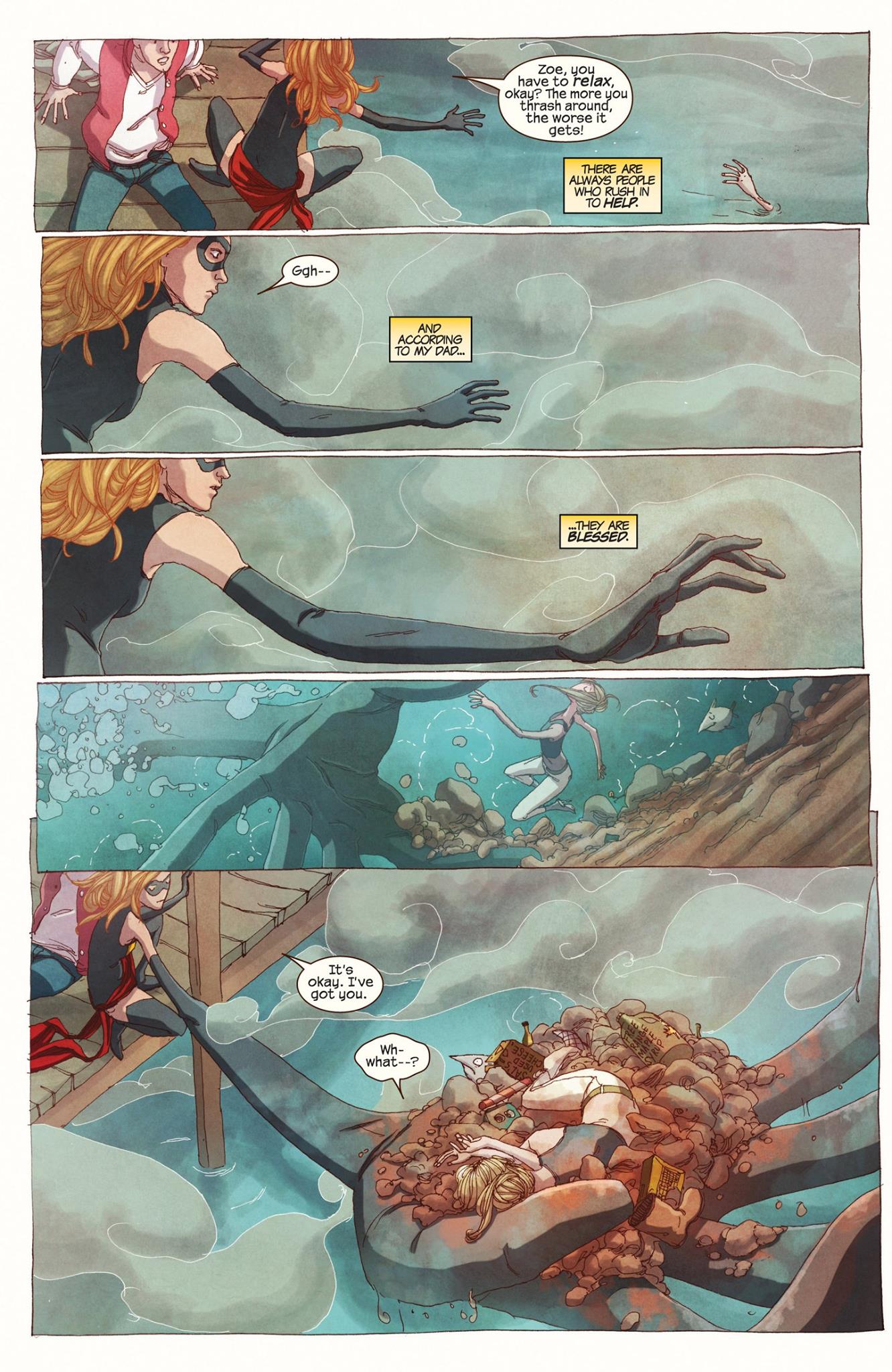 Issue 2 picks up right where the previous issue left off. Though it felt a bit all over the place at first, it did begin to get some structure as Kamala got hold of her senses. I loved how the panels were drawn because they helped the readers understand what this young girl was going through as it confirmed that Kamala is an Inhuman, created because of the Terrigen Mist. What’s interesting is that the mist only gives powers to beings that are descendants of Inhumans, but Kamala doesn’t know that – so I’m looking forward to more revelations regarding her bloodline. There’s a reason Marvel gave her the title of Ms. Marvel; it’s safe to bet there are big things in store for her.

Kamala’s new powers haven’t changed who she is. She’s still a Pakistani-American and a Muslim, and wearing a leotard is just not her thing. I understood why she felt uncomfortable and covered herself as soon possible, and this was a good gesture from the writers in terms of Muslim portrayal. Just because she has superpowers doesn’t mean she’s going to change in a fortnight and rebel against everything, even her faith, to make some sort of a point.

Our new Ms. Marvel’s first heroic deed comes in the form of saving Zoe, a girl who was previously mean to Kamala, from drowning. But Kamala is of the opinion that no matter who a person is, if they are in danger, she must do what she can to save that person. She even recites a verse from the Holy Quran, and all of this really paints a picture of who Kamala is as a character.

Seeing her struggling with her powers was interesting. She appears to be able to not only change her size at will, but her hair and skin colors as well. That’s a very powerful skill set for any superhero, and I’m curious to see if the writers will continue exploring it – and if she’ll also be able to shape-shift into animals or an inanimate objects. How about a dragon?

Her parents didn’t come off as too strict in this issue and that was a relief. The whole ‘strict Islamic parent’ thing is something that I believe this story can do without, and I for one will be much happier with the series if they don’t continue to stereotype her parents. The fact that Kamala has an older brother who seems to be on the verge of becoming an extremist is enough for me.

Ms. Marvel #2 was an enjoyable read for me. The art and story-telling were both awesome, and I truly can’t wait to see where Kamala’s journey takes her. I’m waiting for the day she finally meets The Avengers and fangirls over them! We can all relate to that!

Have you read the issue yet? Please share your thoughts!

Previous:What’s so Special About Allison Argent?
Next: TV Show Recommendation: In the Flesh