Naruto x 671Review: Naruto and the Sage of the Six Paths 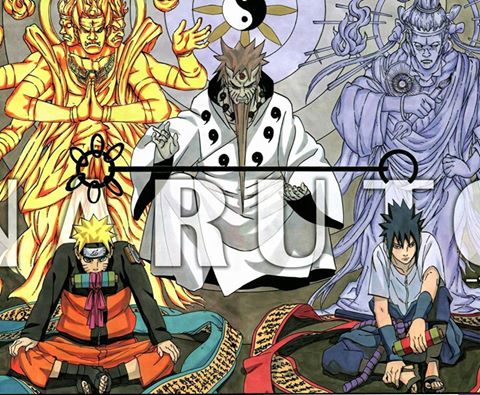 Okay, let’s get one thing straight: Masashi Kishimoto’s super popular Naruto is quite predictable. It’s tough to bring a surprise element when your story has been focusing on a rivalry between two friends for years. But this week’s manga chapter release brought a very shocking surprise and I found myself interested in the series again.

I have nothing against good vs. evil storylines as long as the hero isn’t way too good. Naruto doesn’t have a mean bone in his body and it reminds me of Goku from Dragon Ball Z. You know, a hero who wants to protect everyone, is super powerful, dumb on occasions, and hasn’t done anything wrong. I would prefer Naruto to have more layers.

Naruto is still in conversation with the Sage of the Six Paths and we get to know more about the reincarnations of Indra and Ashura. Kishimoto also gave a flashback that linked to how Naruto guessed Sasuke was a reincarnation of Ashura. It seems the two have been rivals since the beginning and the previous reincarnations were Hashirama and Madara. As the powerful Uchiha didn’t die and fused Hashirama cells with himself he became something close to the Sage, which was a big no-no because too much power corrupts.

The one and eight tailed beasts pop up, courtesy of Obito, and the Sage asks the young hero a question before he can give him a power boost. That’s where the big surprise came in. I was not expecting Sasuke being in conversation with the Sage, too. I’m really curious about the answer he gave because it was not mentioned in the chapter. I want to know what he said in order to convince the Sage to give him a power boost, too. 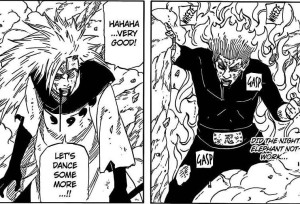 As far as I can tell, Naruto, being Ashura, would be getting the power of all the tailed beasts while Sasuke will be getting the Rinnengan. They will both have to team-up in order to take down  Madara who doesn’t seem too tired fighting with Might Guy in the last page.

It was an enjoyable chapter, especially the Sasuke reveal, and I’m excited for the next issue to come out. I don’t think Might Guy will be able to defeat Madara even with his final attack. I also have a feeling something will happen that will help the antagonist to recoup all his lost energy, so he’ll be able to take on Naruto and Sasuke using his full power.

Speaking of the two boys, I’m quite sure Sasuke has something up his sleeve and Naruto will have to battle his friend in the end. We all know it’s supposed to happen!

Kishimoto isn’t known for writing strong female characters but I have a feeling Sakura will play a role quite soon. She wasn’t happy about the young Uchiha’s return and knew something was up. She’s the female lead of the story after all, and even the secondary characters have done more than her.

What did you think of this week’s chapter? Are you excited about the Naruto-Sasuke team up? Please share in the comments!