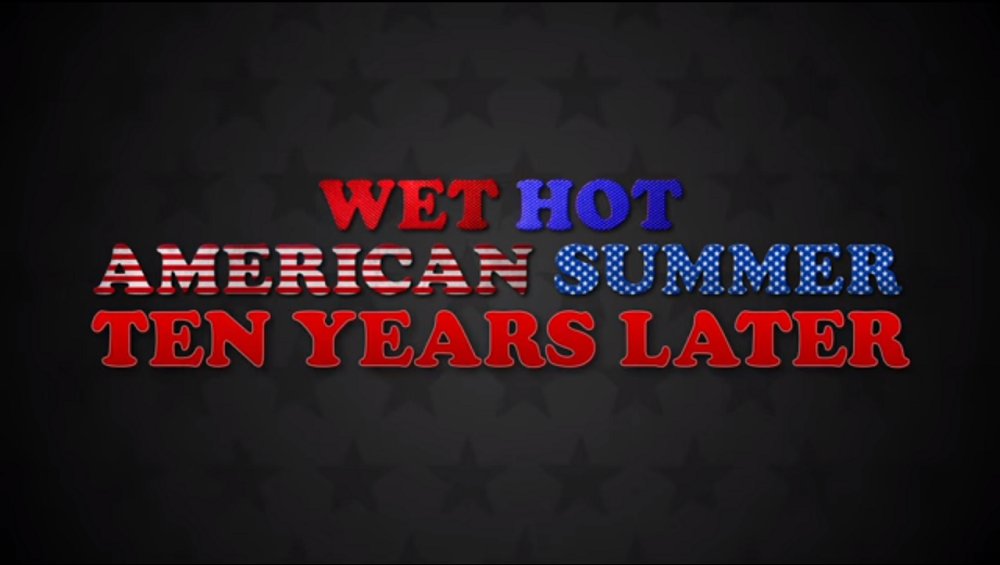 Netflix has ordered eight episodes of Wet Hot American Summer: Ten Years Later, which is the second follow-up to the 2001 cult classic film that starred such current icons as Bradley Cooper, Amy Poehler, Paul Rudd, and Elizabeth Banks. Their prequel series Wet Hot American Summer: First Day of Camp premiered over the summer and was apparently successful enough to warrant more from writers Michael Showalter and David Wain, who will both be returning to pen the sequel.

Netflix’s “trailer” announcement for the new series features the very scene in which they make their plans, spurred by Bradley Cooper’s Ben:

We don’t have any casting information yet, but with both Showalter and Wain returning (as executive producers as well as writing the script), it stands to reason we could see many – if not all – of the original cast reprise their roles. First Day of Camp managed to get almost the entire cast to come back for the eight-episode prequel, even with everyone’s surely hectic and conflicting schedules. If the cast was willing to do so once, I can’t imagine why they wouldn’t want to do so again.

Truthfully, though, Netflix doesn’t have to bring the entire cast together for Ten Years Later to be great. It would be nice, but I’m sure I’ll enjoy it just as much if they can only get some of them. A lot can happen in ten years, after all.

What do you guys think about this news? Where do you picture the Camp Firewood counselors would have ended up after ten years?

Previous:Universal Pictures Set to Lose $70 Million Due to “The Huntsman: Winter’s War”
Next: Capheus Has Been Recast in Sense8! What Happened?