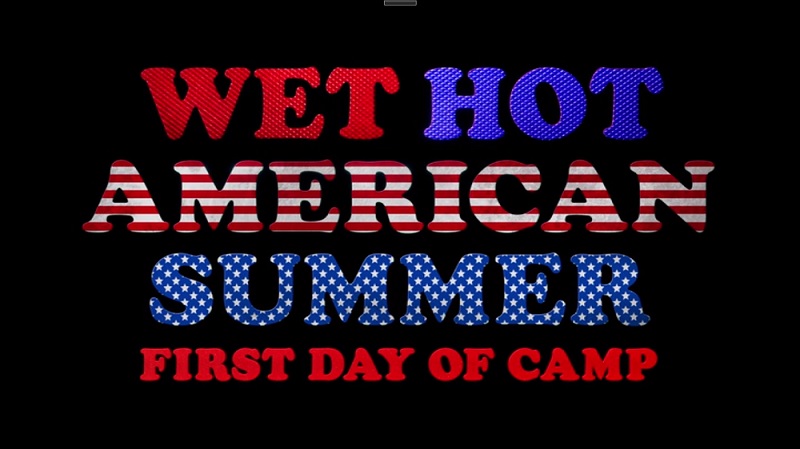 Wet Hot American Summer is one of those movies that makes me judge people unfairly. If you don’t like it, I don’t want to be friends with you. (I’m kidding! Mostly.) The 2001 comedy is chock full of 1980s nostalgia, satirical humor, and before-they-were-famous actors like Bradley Cooper and Elizabeth Banks (as well as at least half the cast of MTV’s sketch comedy show The State). It’s one of those films that I will put on when I’m in a bad mood, because it’s ridiculous and silly and it never fails to make me feel better. So when I found out that they were making a prequel-sequel series, and that the entire original cast had signed on, I fangirled for, like, a good solid week.

A Netflix original series consisting of eight episodes (each approximately 30 minutes, which makes it perfect for binge-watching), Wet Hot American Summer: First Day of Camp follows the adventures of the campers and counselors of Camp Firewood on the first day of camp in the summer of 1981. Each episode focuses on a specific time of day – 1×02 is “Lunch”, 1×07 is “Staff Party” – and while it’s totally unbelievable that all of this stuff happens in one day, that’s the whole point. Some of the burning questions from the movie are answered, such as whether or not Gene (Christopher Meloni) is the only person who can hear the talking can of vegetables (voiced by H. Jon Benjamin). We get to see how certain couples started dating. We also meet some of the counselors from evil Camp Tiger Claw, who only made a very brief appearance in the movie.

Michael Showalter and David Wain (both alums of The State), wrote both the film and the show, so if you were a fan of the movie, you will absolutely love the series. Yeah, sure, there are a lot of fart and poop jokes, but it has the same 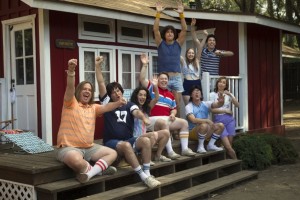 absurd humor, with fantastical plot lines that just don’t make sense (Toxic waste! A government conspiracy! An undercover journalist!) along with frequent nods to the original (Barbecue sauce! Ken Marino’s Victor running away from someone and being stymied by completely overcome-able obstacles! THAT song!). There are multiple jabs at the fact that everyone looks 15 years older than they did in the film (except for Paul Rudd, who I swear does not age). There is a slew of amazing guest stars, from Josh Charles as the triple-popped collar-wearing Blake from Camp Tiger Claw to Chris Pine as the log cabin recluse who is a long-missing rock icon. There is even a surprisingly well-choreographed fight scene between Gene and Jon Hamm’s Falcon, a government assassin, wherein they mostly smack each other with pots and pans.

All of your favorite characters are back, some of them even wearing basically the exact same wardrobe. Beleaguered camp director Beth (Janeane Garofalo) once again spends the entire day trying to save Camp Firewood from disaster (in this case, seeping toxic waste in the woods). “Loveable” douchebag Andy (Paul Rudd) attempts to get with Katie (Marguerite Moreau) by auditioning for the musical. Serial monogamist Gail (Molly Shannon) jumps from fiancé to fiancé. Susie (Amy Poehler) and Ben (Bradley Cooper) realize that their love is not meant to be. Highlights of the series include the inter-camp rumble in the season finale, and Andy’s facial expressions, though I did love the cold-open backstory of how Henry (David Hyde Pierce) ended up renting the cabin next to the camp.

I was a big fan of the music in Wet Hot American Summer, and the series did not disappoint. In addition to reusing some old favorites (“Higher and Higher”, aka THAT song), there are some songs that may actually be originals, because I CANNOT FIND THEM AND IT’S DRIVING ME CRAZY. (Author’s edit: OMG NEVER MIND!! Series composer Craig Wedren has posted select songs from the soundtrack on Soundcloud!) The music absolutely helps to set the tone and goes a long way to getting the feel of the 1980s right. (Says the girl who was born in 1982.)

The low point, for me, was the campers. In the film, the campers didn’t really have their own arcs. They existed solely to prop up the counselors’ stories. With eight episodes, giving the series more than twice the running time of the movie, it makes sense to spend more time with the campers. But the counselors were always far more interesting and should have been the primary focus. The main camper storyline was kind of dull, almost entirely a retread of Coop (Michael Showalter) and Katie’s story from the film, and contained all of those aforementioned fart and poop jokes, of which I am not a fan. If it was deemed necessary to feature campers more prominently, I would have preferred to see more of  Steve (Kevin Sussman), the only camper from the movie to make an appearance in the series (at least as the same character!). 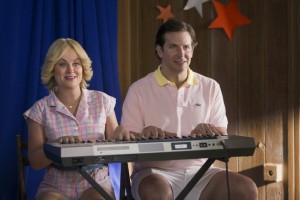 The best thing about Wet Hot American Summer: First Day of Camp is how unbelievably into it the entire cast is. The fact that every single one of them, even those who have since gotten super famous, returned for the series is nothing short of incredible. It should speak to how funny this movie is that they all made time to fit this project into their schedules. They absolutely look like they had a total blast while filming, and I think that is half of what makes this series so great. With the wrong cast, a script like this and humor like this would just be awful, but Wet Hot American Summer is blessed with a cast made up of actors who are actually good. A good cast can sell virtually anything, regardless of how bizarre and random it is.

So in short, yes, watch this. You don’t have to hurt your brain trying to make things make sense, because the beautiful thing is they are deliberately not supposed to make sense! Just enjoy eating toxic waste for no reason, getting a lawyer and going to trial all in one day, and a professionally choreographed Broadway performance that was thrown together between breakfast and dinner. It’s weird and goofy and fun, and you can watch the whole series in four hours, which should be like child’s play to a lot of you. So go! Enjoy!

P.S. If you’re a fan and you haven’t yet checked out The State, you need to check out The State, and not just because for a long time I was convinced my sisters and I had hallucinated this show because no one else I met seemed to have heard of it.

Previous:Comic-Con: My Adventures as a Panelist
Next: Lionsgate is making a ‘Naruto’ live-action film and I am worried!