Netflix’s ‘Dracula’ Is A Surprisingly Modern and Fun Ride 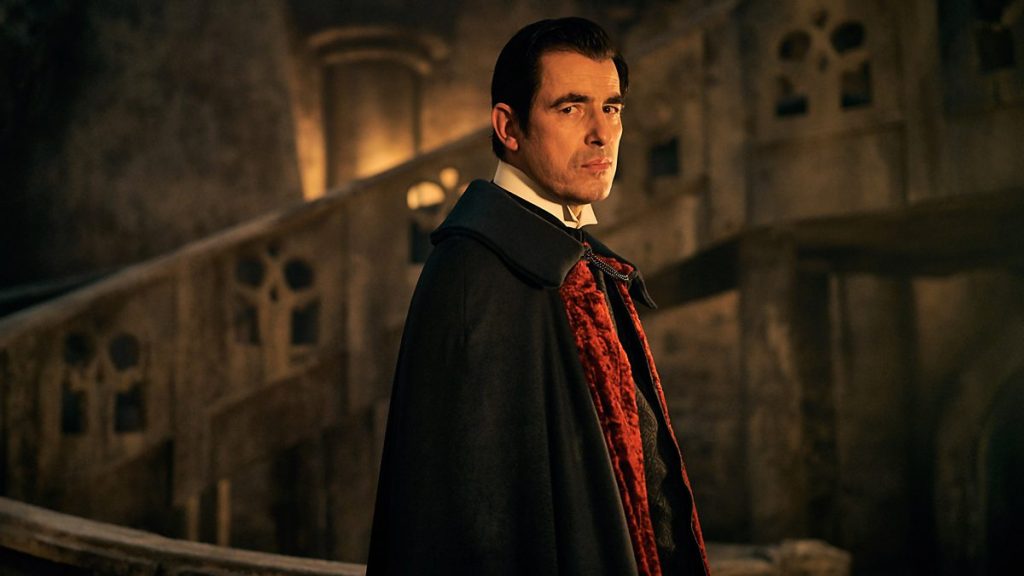 The latest interpretation of Bram Stoker’s Dracula found its way to Netflix, and despite the story being familiar to film and literary fans, this one took inspiration from other modern stories, putting a refreshing twist on the story that we all know. It was surprisingly good by hitting all of the right humor and drama notes, but still focusing on vampire lore and, of course, blood.

I should start out by saying that I love vampire stories, particularly those based on the novel Dracula, so I always find myself having to manage expectations when going into a new iteration. When I heard that Steven Moffat and Mark Gatiss were doing this version for the BBC, I was cautiously optimistic.

After all, they gave us the first couple of seasons of Sherlock. However, they also gave us the last season of Sherlock. The duo sometimes find themselves in problematic situations with their writing, and frankly, Dracula finds itself in a similar position (more on that later).

That being said, the first two episodes of the three-part miniseries were great. I will warn you that this interpretation is not entirely sexy, as say Francis Ford Coppola’s interpretation was. In fact, I was so squicked out by the overabundance of flies that I almost noped out before I even gave it a chance (if you can get through the first fifteen minutes, you should be fine).

Beyond the flies, saliva, loose fingernails, and scabs of those first fifteen minutes, we finally get introduced to the infamous Count Dracula, who despite his introduction as an ancient and wrinkly count, was surprisingly charismatic, and even funny.

As he drains Jonathan Harker, he regains his dark hair and youthful glow. The cat-and-mouse game that he plays with Jonathan is somehow fun and terrifying at the same time, and I attribute most of that to the acting choices of Claes Bang who plays Dracula.

From there, a lot of the first episode is a re-telling of part of the popular story, but with a twist.

That twist comes in the form of a nun, Sister Agatha. One of my favorite parts of this interpretation is the “interview” format that takes shape in the first episode and part of the second episode.

In the first, Sister Agatha is asking the questions to get the story straight directly from Jonathan. We don’t know who she is or what her intentions are, but she seems focused on figuring out as much as possible about Dracula and how Jonathan survived and escaped his clutches.

Sister Agatha is a welcome addition to the story. Her humor and waning faith make her more human than the way most nuns get portrayed. She leads the way in the fight against Dracula and does so in a fearless way. Really, this show should have been called Sister Agatha because she is the real MVP of the series. 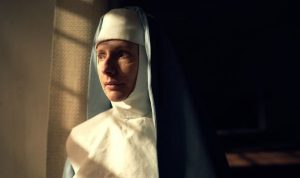 The second episode also finds itself back in familiar novel territory onboard the Demeter, the ship that transports Dracula from Transylvania to England.

During the journey, which takes up the entire episode, we really get a more in-depth look at what makes Dracula do the things he does, despite the need for killing for blood.

He chooses his victims very carefully, and even though there is much less sex involved (well…we will get to that later), his charm and seduction is palpable. Again, this focus is a bit different than those in the novel because this is a much more modern take: Dracula is sexy because he is funny, charming, and interesting, not because he is overly attractive, uses glamour techniques, or is obsessed with passion.

Think of this Dracula as the most popular guy in school. He is absolutely magnetic.

There is a huge game-changing twist at the very end of episode two that I don’t want to spoil because it is just THAT unexpected, but the entire tone of the series changes with that twist. We finally get some answers about what makes Dracula tick and what his motivations have been for centuries.

Looking back, I was not a huge fan of the twist, but it did lend itself to concluding the story in an interesting and satisfying way.

So let’s go back to those couple of issues that I pointed out earlier. Whereas other interpretations of the story have focused on the relationship between Dracula and Jonathan, Dracula and Mina, or even Dracula and Renfield, this one focuses on Dracula and Sister Agatha with her being his main foil.

Most characters are drawn to Dracula through seduction but Sister Agatha is truly on a mission to understand him which adds an interesting layer to the storytelling. That may be what makes this particular series so unique; it isn’t focused on Dracula’s place in the world around him, it is focused on Dracula himself, but uses his environment to tell the story.

Dracula and sex have an interesting relationship in this interpretation. Sister Agatha repeatedly asks Jonathan in the first episode if he and Dracula had ever engaged in sexual intercourse. Jonathan doesn’t really answer, but we are to assume that they did based on some other events that happen to him and others subsequently.

The thing is, sex is not overtly used to tell the story here. There isn’t even any sexual nudity in the entire miniseries. (There is a lot of nudity in the first episode, but it is not portrayed in a sexual nature.) I think that is what bothered me the most about going into this series before actually watching it.

I am so used to sex being a huge part of the Dracula story, but here, sex is heavily implied but it is open to interpretation. Dracula doesn’t need to be sexy to get what he needs.

If you are a fan of other vampire stories, you will definitely see nods (whether intentional or not), to those like Interview With The Vampire, Francis Ford Coppola’s Dracula, and even the 1931 Dracula film starring Bela Lugosi.

You can tell as you watch that Moffat and Gatiss have done their homework for the story but they have definitely made it their own.

Overall, this Dracula series ended up being a lot better than I was expecting. It isn’t exactly true to the novel as it takes a LOT of personal liberties, but it is a very interesting interpretation and I liked the first two episodes a lot.

I was surprised at how much I enjoyed Claes Bang as Dracula and Dolly Wells is so great as Sister Agatha. It was surprisingly funny and fresh and a lot of fun to binge over a weekend.

Have you seen Dracula? Let us know your thoughts in the comments.