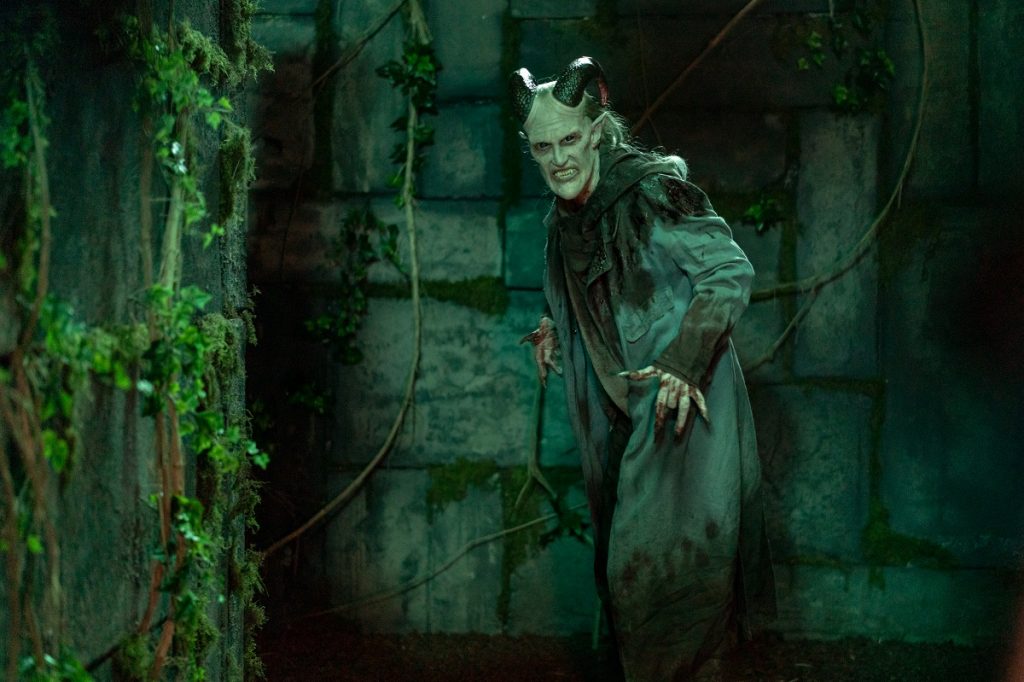 The best part of Van Helsing is how much the cast and producers care about the show, and they genuinely love making it. In fact, Richard Harmon (who makes his debut in season four as Max) said in the panel that playing Max was the most fun he has had in his career. Sure, the show is a little over-the-top and extremely gory, but what vampire show isn’t, really?

During the panel and press room, we learned a lot about what is ahead for our crew. Unfortunately, Kelly Overton was unable to attend SDCC in person because she is pregnant with her second child and expecting any day. This is the second time Overton has filmed the show while pregnant, which makes her performance (and stunts!) that much more impressive. She did, however, attend the panel via video call. There were also several new cast members who attended, including Nicole Munoz, Keeya King, Richard Harmon, and the incomparable Tricia Helfer. I was excited to see Helfer’s interpretation of her character, Dracula, and it is a completely stark difference than what I was expecting. In fact, you can’t even really tell that it is Helfer under the icy makeup and coal black eyes. I am really excited to see how this translates onscreen.

Getting to know Nicole Munoz and Keeya King was truly a pleasure as they are two new young actresses joining the series in season four. Both play badass vampire hunters, and Munoz talked in the press room about how her character, Jack, was written as a male character, but the producers liked her so much that they changed Jack to female and hired her. Fortunately, they didn’t really change any of the script when they made the gender switch of the character.

Below is a link to the press room roundtables on our YouTube channel.

Shortly after the panel, the trailer for season four was released and it looks incredible! All of our favorite characters are back, and I am so excited to get to know the new faces and how they all fit into the vampire dystopia.

Are you excited for season four of Van Helsing? Let us know your thoughts in the comments!