New Gilmore Girls Trailer Brings Back All the Feels 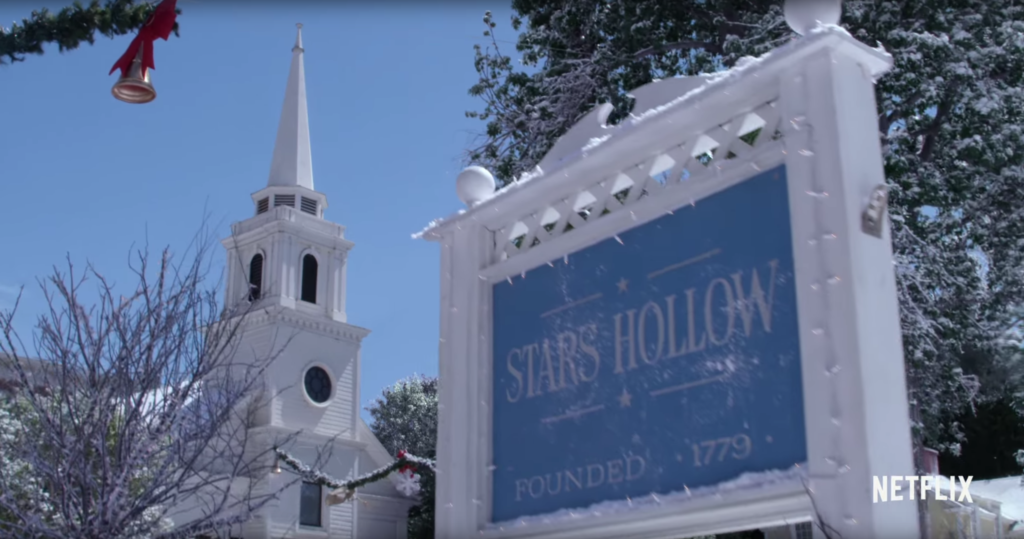 There have been several teases leading up to next month’s release of Netflix’s Gilmore Girls: A Year in the Life, including months worth of reveals as to who would be returning (culminating in the one actor many fans questioned – that being Melissa McCarthy). But for me, it was the new Gilmore Girls trailer that was released today that finally made the wait feel impossible.

In true Gilmore Girls fashion, the trailer opens with Lorelei and Rory lamenting their ridiculous food (and in this case, movie) choices from the night before, eventually cutting to the words “The girls are back in town”…

The four-episode event begins in winter, and the new Gilmore Girls trailer makes it clear that Rory has just returned to Stars Hollow for a visit. There’s talk of a town tour, more food chatter (this time involving Luke!), and then a clip from what must be a Friday night dinner. Unfortunately, actor Edward Herrmann (Richard Gilmore) passed away in 2014, but thankfully they aren’t going to ignore that. Not only does Emily have a truly gigantic portrait of him hanging up in their house, but throughout the trailer it’s obvious that Richard only recently died (not surprisingly, Emily isn’t handling it very well). 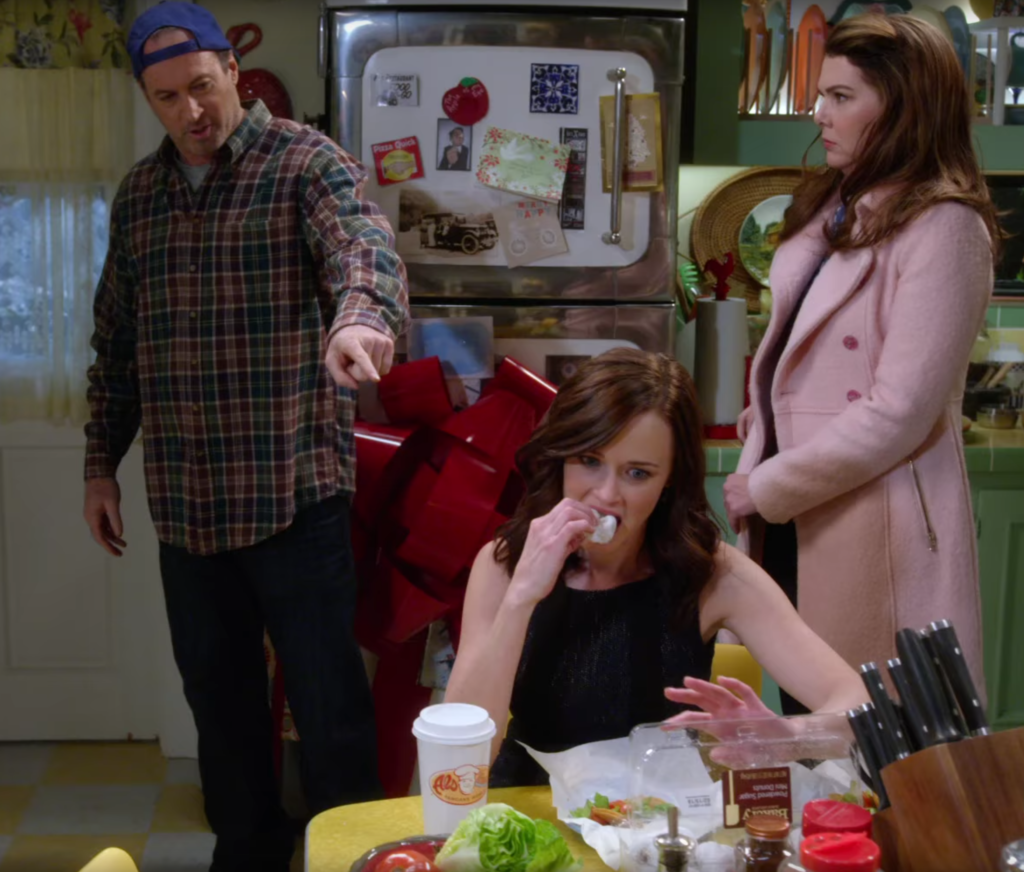 And despite continuous quips, it seems that things aren’t going great for Lorelei or Rory, either. Assuming they are picking up in something close to real time, Rory should be somewhere between 30 and 32 years old now, and yet she’s still – as Emily puts it – “living a nomadic lifestyle”. Meanwhile, Lorelei swears that she and Luke are happy, but apparently she feels lost, too. 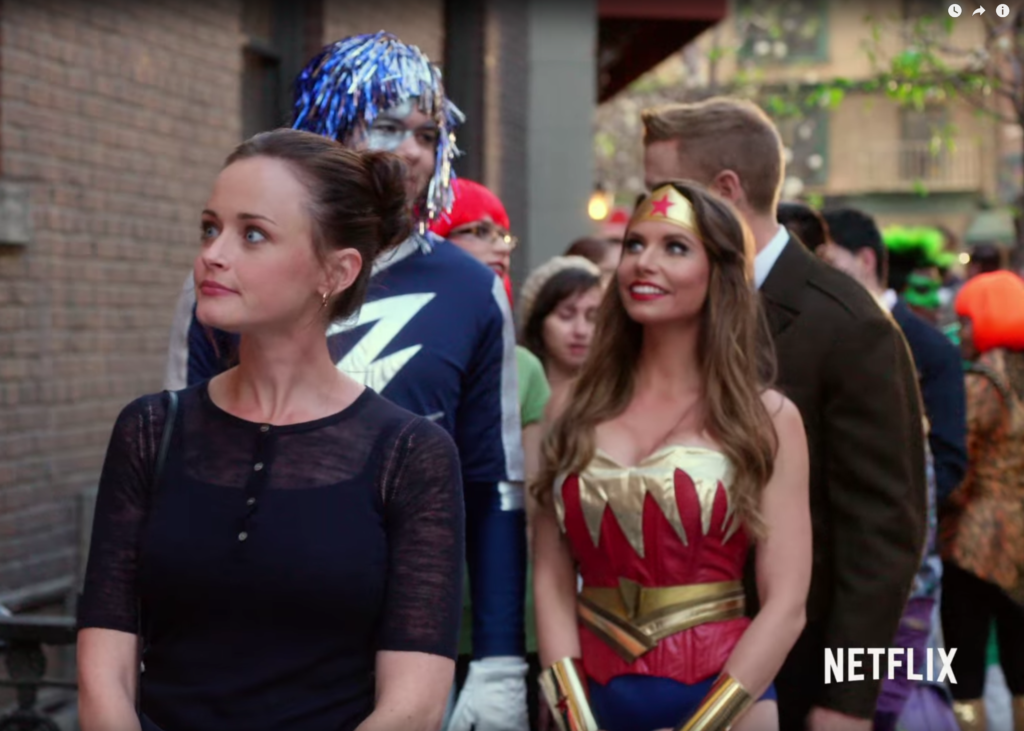 Please tell me this is Rory at some sort of Comic Con.

While the new Gilmore Girls trailer certainly has it’s lighter moments – and its fanservice moments, including brief shots of Jess, Dean, Logan, Lane, Michel, and Sookie (and even slightly longer scenes featuring characters like Taylor Doose and Kirk) – we’re definitely going to get a look at the heavier side of things. The question is, can Netflix do it right? Their comeback series (for example, Arrested Development and Fuller House) have been pretty hit or miss, and as we all know from the questionable season 7, Gilmore Girls is a show that can absolutely flounder without the right people behind it. 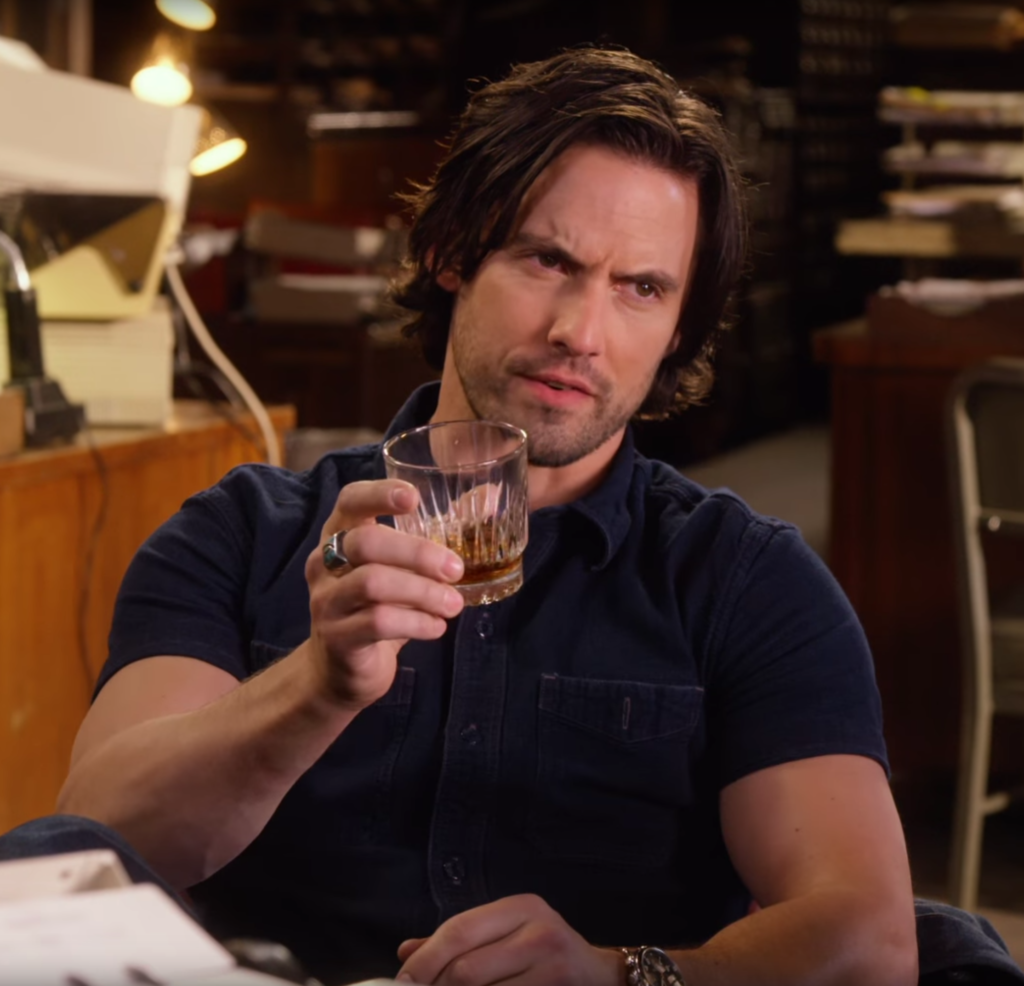 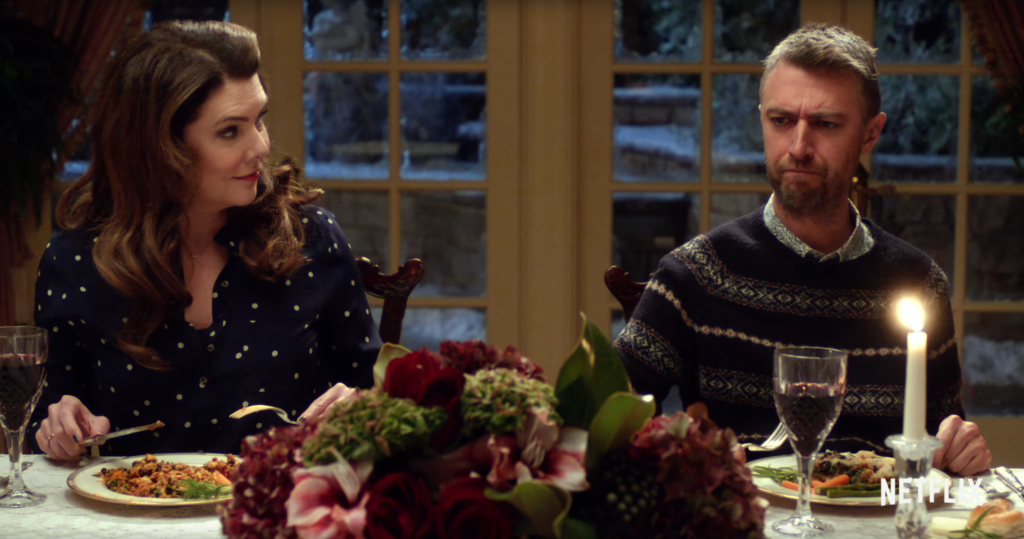 That said, I for one am keeping my hopes up. If anything, I’m sure there will at least be some enjoyable moments between two of my favorite TV girls…and the quirky characters who surround them, of course.