One Direction may have taken a break from touring and recording (and who can blame them), but fans are still working hard to show their support for the group. Hence, Project Home.

Project Home is meant to bring extra attention to and get recognition for “Home”, one of One Direction’s recent songs. Co-written by band members Louis Tomlinson and Liam Payne, “Home” was released as part of the Perfect EP and featured as a bonus track on the special Japanese edition of Made in the A.M., the band’s fifth and most recent (and, in this girl’s humble opinion, best!) album. Though the song did make it as high as #74 on the Billboard charts, for reasons yet unknown to fans, “Home” was left off the main version of Made in the A.M. Thus, Project Home was born.

Engineered by a group of four Tumblr bloggers, Project Home officially launched today. The aim is to make “Home” a fan-released single by getting it some radio play, streaming the song on platforms like Spotify, buying the song on iTunes, and promoting it on social media. Last year, fans managed to accomplish something similar with Project No Control, which – although unsuccessful in getting the song “No Control” released as an official single off One Direction’s album FOUR – did net the song significant radio play as well as worldwide attention, prompting the band to perform it more often.

Of course, there is a secondary goal. After all, support for a band’s song is support for the band, and with many, many articles about a rumored break-up (all unconfirmed, by the way), fans are determined to prove to the group that they are still behind them, and they will be here when Harry, Louis, Liam, and Niall return from their much-deserved hiatus. Plus, fans know that the song means a lot to the band, particularly Louis. 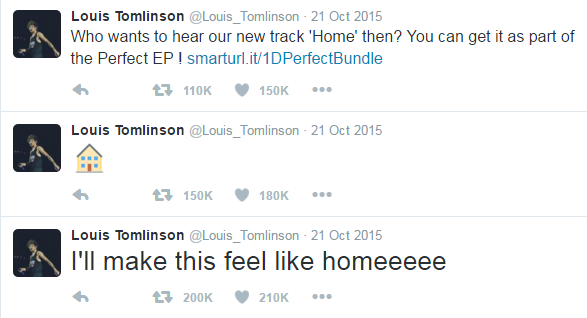 I know we don’t normally cover music, but I honestly couldn’t resist. As someone who only recently fell down the 1D rabbit hole (thanks again, Undie Girl), this is the first time I’ve really been around for a fan campaign, and I’m looking forward to seeing how it does! So far, so good; it’s been trending on Twitter (over 500 thousand tweets!) for most of the day, and the campaign’s Thunderclap has a reach of more than 11 million people. 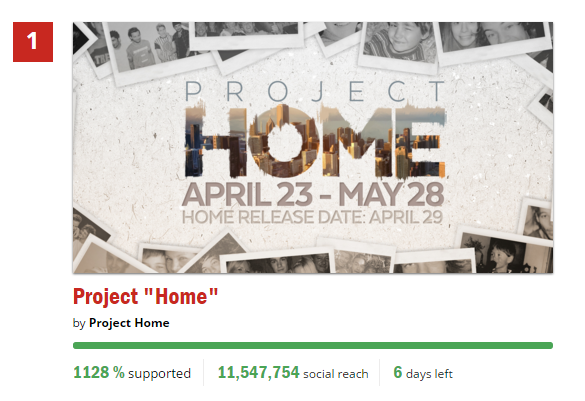 For more information on Project Home:

Are you ready? Here’s all the information you need to help out with #ProjectHome! https://t.co/a7xKhAdLZv pic.twitter.com/WgH1xdGvgs

Also, I highly recommend checking out this amazing fan video for the song, made by YouTube user freddieismyqueen:

Long story short, “Home” is an amazing song, and I truly believe that if 1D fans wanted to, they could take over the world.