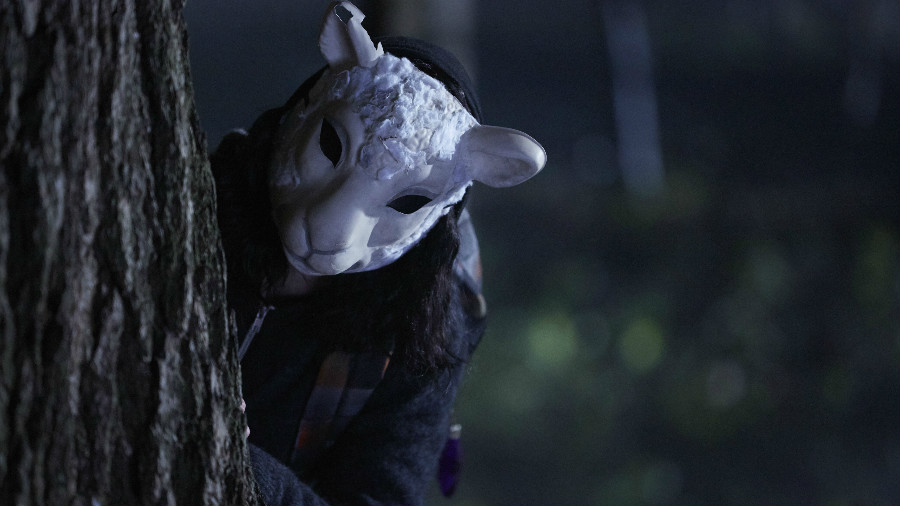 It is that time of year again, Clone Club: Orphan Black is back! Can you believe we are in the fourth season? The premiere episode, “The Collapse of Nature”, was one trippy ride that raised more questions than answers, but in true Orphan Black fashion, gave us some absolutely stunning performances.

Warning: There are some spoilers here for the premiere episode of season four, so read at your own risk!

Instead of opening right where we left off in season three, we started the episode with a jarring scene of a body being buried and a new clone! MK, as we know her later on the episode, is a bit mysterious and it is clear that she is hiding from something, hence the masks. But the Clone Club can rest assured knowing that we now have an official mascot. Perhaps even more jarring than the creepy woods scene and introduction to MK was the fact that we found out that the events of the episode are actually the past, all courtesy of Beth Childs.

It turns out that the show is going back to basics. Instead of leaving off where we were last season where we found out the “what happened” with Leda and Castor, we are now going back to learn the “why”. This is a risky move on the part of the writers, but is actually quite genius. In my opinion, the storylines were getting a bit convoluted and hard to follow, so going back and showing how everything got started was completely satisfying. Also, the fact that we only really knew about Beth from Sarah’s perspective was a bit of a shame because it turns out that Beth was complex, smart, and terrified.

It is clear that Beth had at least a bit of knowledge about Neolution and we even got to see her interact with Dr. Leekie. What an absolute pleasure it was to re 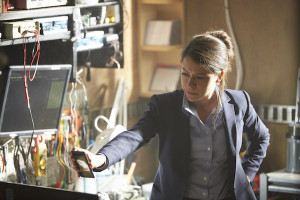 visit these interesting storylines and characters! It was clear that Sarah showed up at a critical time in the story, just as Beth was clearly overwhelmed with the knowledge she had about the other clones and the role that Neolution had in it. We also got to see interaction between Beth and Art and Beth and Paul (welcome back for a bit, Paul!). Based on those interactions alone, it is clear that both Paul and Art had to have known that Beth was not Beth back in season one. After all, Paul was about to break things off with Beth and likely turn to another monitor to take over, and Art was having an affair with Beth. The way that all of these stories, even those of the past, converge is truly some masterful writing.

Another intriguing part of Beth’s story was how she find out about just how deep the Neolution movement had become. Having the knowledge that they had infiltrated the police completely freaked her out and she paid for it with the accidental homicide of Maggie Chen. Again, bravo to the writers for tying up all of these loose ends in a nice little bow. And can Tatiana Maslany do no wrong? One of the final scenes with MK comforting Beth in her trailer was amazing to watch; it actually felt (frankly like it always does) like there were two different actresses there playing two different roles. I don’t know how she does it.

By the end of the episode, I was ready to get back to the present, and my wish was granted in that we met back up with Sarah and Kira. This time, though, it was MK who called to warn Sarah that she was in danger. Clearly this is another convergence of story that I am looking forward to seeing.

Although I don’t think that this was one of the strongest episodes of the series, it was a great way to start season four and revisit some of the classic storylines that make Orphan Black a truly unique example of modern science fiction. And I will never complain when I get to see Tatiana Maslany show off her amazing acting chops.

What did you think of “The Collapse of Nature”? Was it a great season opener? What are looking forward to most this season? Let us know!