Our favorite horror drama is back! I am relatively new to this show, but as a History major in college and an avid lover of the horror genre, Penny Dreadful has quickly become one of my favorites. Although it is not the most historically accurate in consideration of the literature it tries to mirror, it is a fun ride with a lot of mystery and sexual ambiguity that makes it difficult to turn away. I am so glad that it is back with brand new plots to dive into.

We open the season immediately after where we left last season: with Ethan in the tavern after his wolf-out massacre. The inspector assigned to the case comes back and mentions that there is a survivor! Although I am not completely sure how werewolves work in this universe, I am sure that means that a new werewolf was born from Ethan’s attack. He decides to leave London, and goes to tell Vanessa. Vanessa pleads with him to stay, that the beasts are at war and they have only won one battle. He describes his black-outs to her — it seems from his description that he does not know exactly what he is. 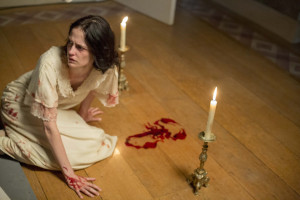 nversation, their carriage is attacked by creepy naked women with demonic scars and brands all over their bodies. Vanessa retaliates by speaking some words from a foreign language, and it scares the women away. Later on, while describing the events to Victor and Sembene, she admits that she has no idea what she said — that it came to her as an “animal instinct.” We come to learn that this is the Devil’s language. Vanessa seems genuinely scared by what happened to her. Even after everything in Season One, this was the one thing that really freaked her out. This turn of events convinces Ethan to stay put. 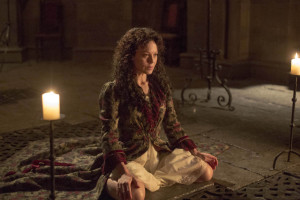 It appears that our new monsters are witches! And who happens to be the leader of the witches? None other than Madame Kali/Evelyn Poole, who led the séance in Season One. Helen McCrory does an amazing job at being incredibly terrifying, particularly when we are re-introduced to her character as she bathes in blood and then murders one of her daughters. We close the episode with an absolutely terrifying juxtaposition between Evelyn praying to Lucifer and Vanessa praying to God for safety.

Caliban gets a j 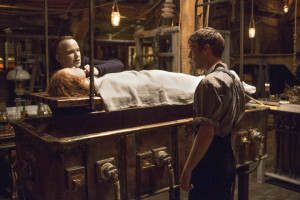 ob. At a wax museum. I am very happy for him! He is definitely my favorite character in the series (mostly thanks to the incredible portrayal by Rory Kinnear) — having been forced to live and trying to do the best he can. The Putneys (the family that owns and operates the wax museum) have a beautiful daughter that Caliban (or John Claire, as he is going by with his new employers) is immediately taken with. But Lavinia is blind, and their meeting results in a very sweet scene of her touching his face. Is this the intimacy that our beloved monster has been craving? Fortunately for Caliban, a storm comes and reanimates Brona’s body. She’s alive! But we will have to wait until next time to find out what happens.

The sex was much toned down this episode, save for a very uncomfortable scene between Victor and Brona’s body. It basically involved a lot of touching, but seemed to have a mostly sad feeling to it, perhaps to make viewers feel that Victor has never had physical love, and maybe wants to experience it? Victor has always seemed almost anti-sexual to me, so this scene was difficult to watch, and I am unsure as to its significance at this point.

This was a very fast-paced season opener. Although it brought up several new questions, I am okay with that since we have a whole season to watch things unfold. I am unsure about the introduction of witches to the story line. I find them a bit clichéd, but with Helen McCrory leading the pack, I am willing to give it a try. Completely absent from this episode was Dorian, so I hope we get to see him again soon. This season seems like it will be similar to Season One in that there will be multiple plots to keep track of, but they all seem creepy and intertwined. I cannot wait to see what happens next. 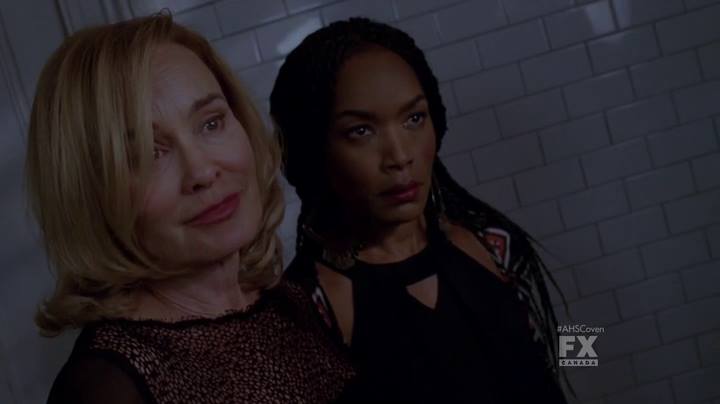 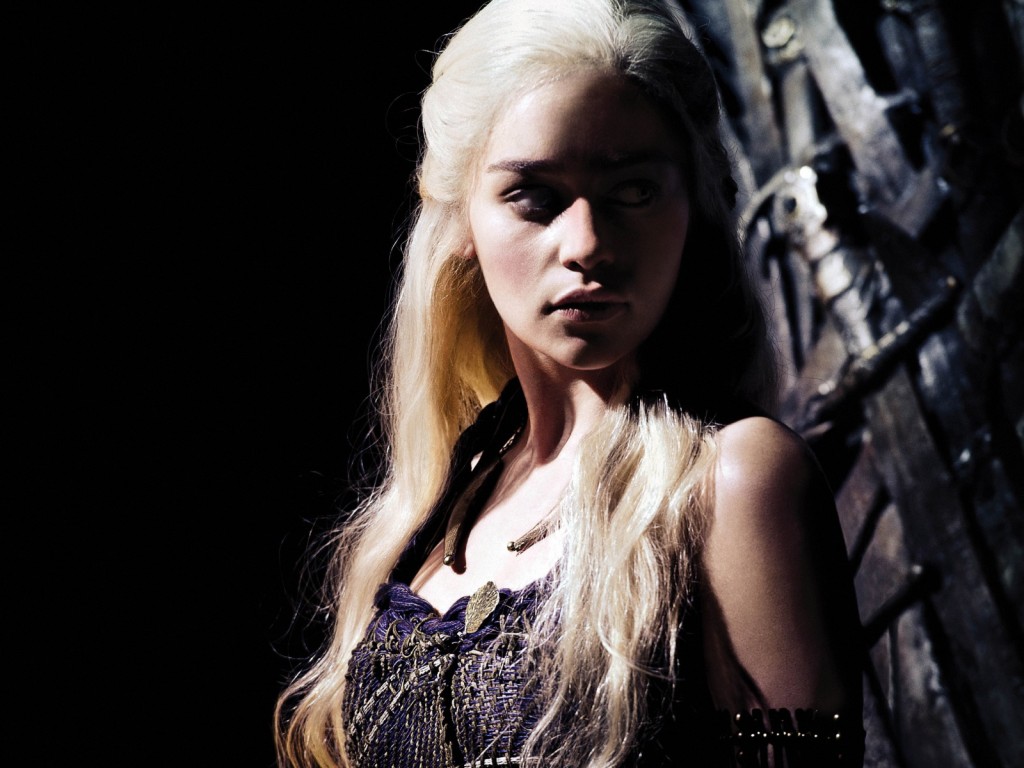