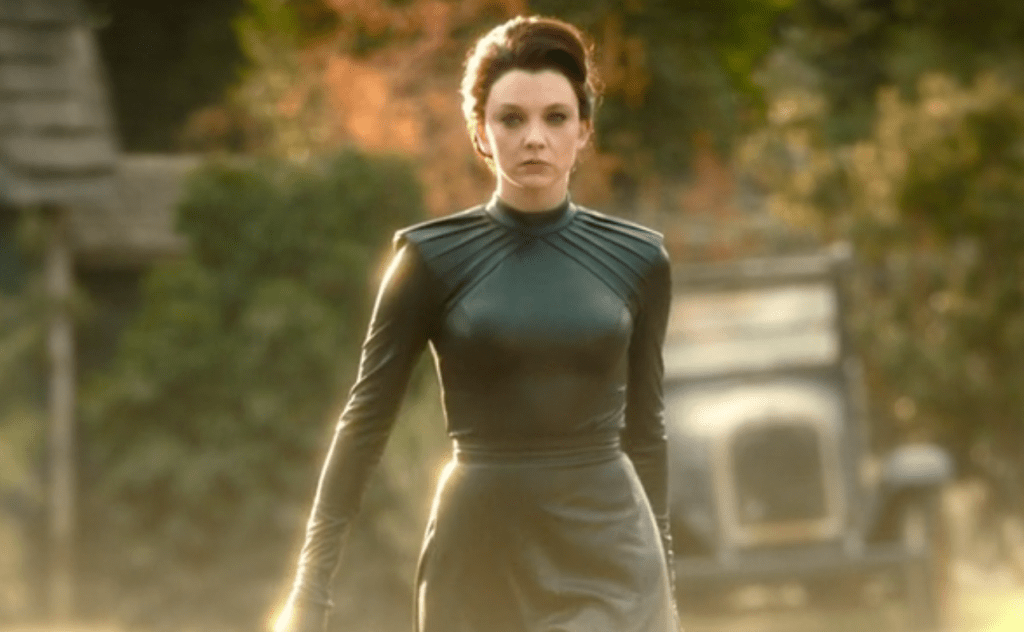 John Logan’s Penny Dreadful franchise is back with a spiritual successor titled City of Angels. Instead of Victorian London, the latest series is set in 1938 Los Angeles. ‘Santa Muerte’ served as an introduction to the new landscape. And while I enjoyed every minute, I think the premiere didn’t need to be as busy as it was.

So, first things first, if you are interested in watching Penny Dreadful: City of Angels thinking it will be similar to its predecessor, well, you will end up being disappointed. ‘Santa Muerte’ made it very clear that the current story’s going to be very different from what Vanessa and her gang experienced back in London. Yes, there are supernatural and spiritual elements, but the bigger narrative arc in City of Angels deals with actual human beings and their potential to do evil deeds.

Where Penny Dreadful had fun with iconic fictional characters such as Dracula, Frankenstein’s monster, the Van Helsing family, etc., City of Angels felt more real due to being inspired by actual religious customs and racial tensions with the supernatural thrown in to cause more drama.

Frankly, this series didn’t even need to be called Penny Dreadful. But, then again, I don’t think I would have made myself watch this show (until a few more episodes had aired) if it didn’t have those two words in the title.

So, I can understand the need for capitalizing on a known brand when launching something new. Maybe Logan wants to build a franchise like Ryan Murphy’s American Horror Story where he can get to share different stories?

Having said that, even American Horror Story showed how every season’s connected. In contrast, City of Angels looks like it will be its own thing. I wouldn’t be surprised if no links to the predecessor are shown during the first season.

So, yes, don’t expect any interesting Easter Eggs. If you look at City of Angels as a standalone entity, I think you will enjoy it better. However, Rory Kinnear, from the original series, is playing a German pediatrician named Peter Croft. He is also the head of the German-American Bund. But I don’t think he will have any relationship with the Creature that Frankenstein created. Who knows?

Coming to the plot, ‘Santa Muerte’ opened with a prophecy being narrated. Apparently, one day brother will kill brother. Race will devour race. And humankind will end. We are quickly introduced to the two supernatural beings in this series. There’s a conflict between Santa Muerte (Lorenza Izzo) and her sister Magda (Natalie Dormer).

After Maga decided to burn a field and kill some workers, the episode jumped to 1938 where the kid who survived the fire was all grown up. Actor Daniel Zovatto plays Santiago Vega (or Tiago, for short). He’s the city’s first Mexican-American/Chicano homicide detective. His mother, Maria (Adriana Barraza), thinks he was chosen by Santa Muerte because he has her handprint burned into his chest (it occurred when he tried to save his father from the fire as a kid and Santa Muerte pushed him away).

Anyway, Tiago doesn’t believe in angels and all of that. He has bigger issues to worry about. One of those issues involves his elder brother Raul (Adam Rodriguez) leading a protest to stop the city from building a motorway that will tear through the Mexican-American community. And, of course, Tiago also has to face racism and discrimination at his new workplace.

You can tell that City of Angels wanted to present Tiago as a character who’s stuck between worlds. Being with the police opened doors for a better future (even though the establishment doesn’t fully accept him), and it also made him be looked at as a betrayer to his community. He also has a connection to the supernatural.

At least Tiago’s partner, Lewis (Nathan Lane), has his back. And with the two quickly finding themselves trying to figure out a murder mystery involving a white family from Beverly Hills, Tiago needs Lewis’ support.

There’s certainly a race war brewing in Los Angeles and it’s only a matter of time before everything explodes. Pulling the strings is the shape-shifting Magda. Now, I have to say that while I liked seeing Dormer changing appearances to influence a number of characters, I can sense the novelty fading away as this series progresses.

I’m not a big fan of sensitive issues like racism and discrimination being justified by some supernatural force. Horrible people are just horrible. There is no Magda whispering in their ear. So, it will be interesting to see what City of Angels decides to do with Magda and how she manipulates certain people to wreak more havoc in the world.

In my opinion, there’s just too much happening in the premiere. Logan wants to address a number of issues, but I’m not sure if he will be able to do it in a manner that justifies such ambition. Trying to handle racism and Nazis is tough enough. But on top of that City of Angels also has religious cults and the supernatural.

Even though I enjoyed the premiere, I found myself saying, “This is too much for a single season,” a couple of times during the episode. 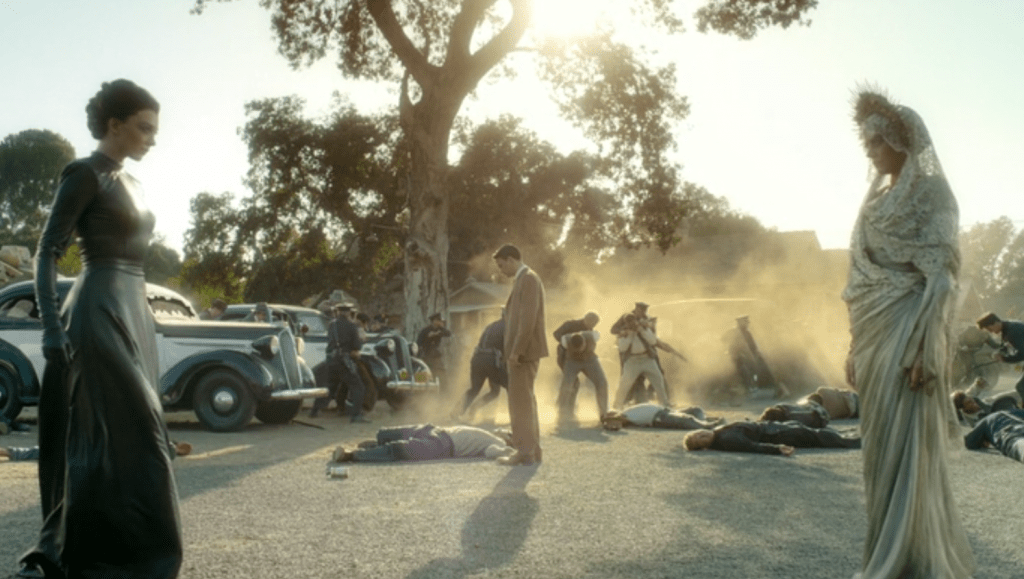 Penny Dreadful: City of Angels does look great. So, there’s that. While the CG during the opening sequence was poor, the rest of the premiere featured some good production and costumes. The actors also did an amazing job in their roles. None of the cast is on the level of Eva Green as Vanessa Ives, but everyone is still very impressive in the scenes they have.

Also, I remember how Penny Dreadful was criticized for not treating characters of color well. That’s why it’s good to see that City of Angels might be able to rectify that issue.

As for the queer representation, with Penny Dreadful offering some amazing queer narratives, I was disappointed to see nothing obviously queer in the premiere. I think I read online that Magda’s supposed to be a queer character. But having a villain be queer without there being any queer people on the good side is just bad optics. So, I hope we get some well-written queer representation from characters that aren’t evil.

All in all, City of Angels is a very different experience than the addictive gothic creepiness of the first Penny Dreadful series. It might even disappoint certain fans of the original. And that’s completely understandable.

With ‘Santa Muerte’ feeling too crowded, I hope things slow down a bit. Also, some queer characters better make themselves clear!

I’ll give this season a few more episodes to see if I will continue with it or not.

The first episode has been released online by Showtime. It will air on the network tonight at 10p/9c.