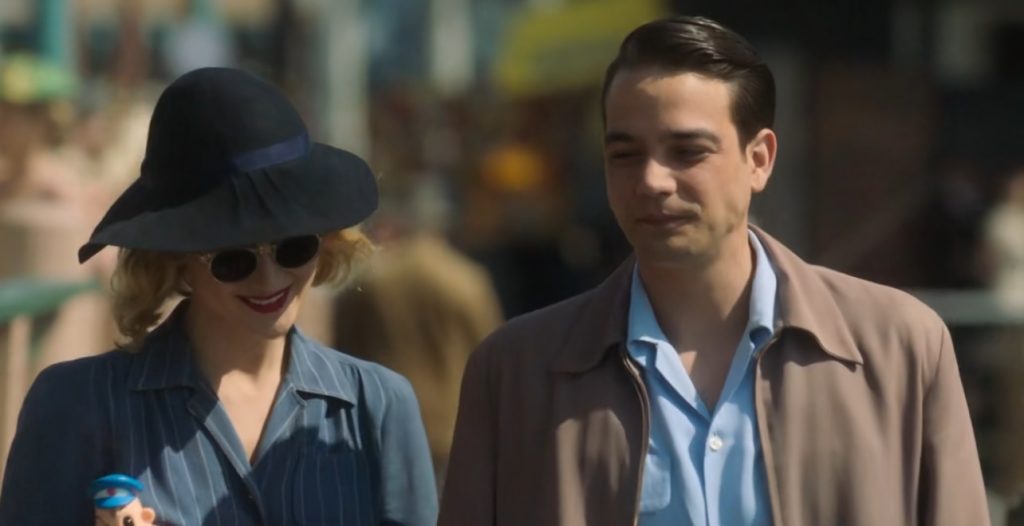 For those of us wondering where the queer characters were in Penny Dreadful: City of Angels, ‘Wicked Old World’ gave us an answer.

One of the reasons we all at The Geekiary fell in love with Penny Dreadful was because of how the series handled queer representation. So, of course, I was looking forward to something similar being showcased in PD: City of Angels. With ‘Wicked Old World,’ creator Johan Logan introduced us to the current story’s queer characters. I wouldn’t be surprised if more pop up down the line.

Before I dive into the queer representation stuff, let’s get the rest of the narrative over with, shall we? The latest episode showed Lewis kidnapping the young man we saw talking to Goss in the previous episode. With two of Lewis’s friends being killed by Goss, it made sense that Lewis wanted answers.

The scene where he hurt the young man and threatened to kill him was understandable. We all know that Lewis isn’t a killer. But he can rough up someone quite well to get what he wants. The young man gave Lewis a name. So, I’m looking forward to seeing how it will play a role in Lewis doing what he can to stop Nazis from infiltrating Los Angels.

Lewis also told Tiago that Hazlett might be hooking up with Molly and stealing money from the church. Of course, Tiago didn’t want to believe Lewis. Now, I have to say that I’m a fan of Tiago and Molly as a couple. The scene where Tiago took Molly to the fair was cute. Both Tiago and Molly feel like outsiders. So, their bonding makes sense. But it’s clear she’s hiding stuff from him.

I would like to know more about Molly’s background. At this point, I’m not even sure if Adelaide is even her real mother.

‘Wicked Old World’ also gave Mateo quite a lot to do. He met with Rico at The Crimson Cat. As far as I could tell, the establishment had a lot of queer people in there. I wouldn’t be surprised if Rico’s supposed to be a queer character. I wouldn’t be surprised if Mateo is one, too. Rico and Mateo’s sexualities aren’t clearly stated. But considering it’s Penny Dreadful, I wouldn’t put it past this show if they fell somewhere on the LGBTQ+ spectrum.

The episode showed Magda’s other form called Reina (or Rio, for short). From what I have read online, Rio’s a queer character. Now, I was surprised by how a white woman was part of Rico’s gang, and I was glad the episode addressed it through Rio’s background.

Also, if you’re into seeing some very impressive dancing, you should definitely watch this episode. Mateo, Rico, and Rio showcasing some awesome moves was amazing. Kudos to the cast! I rewatched the entire sequence thrice!

Coming to the other (clear) queer character, the latest episode revealed that Charlton Townsend liked hooking up with other guys. While I’m glad queer people exist in this series, I would like PD: City of Angels to have queer characters on the good side, too.

‘Wicked Old World’, in a sense, was all about relationships. We saw Tiago bonding with Molly only to realize she might have played a role in the murder case he’s working on. Mateo struck a relationship with Rio and Rico when they invited him to become a Pachuco. Dr. Craft grew closer to Elsa. And Charlton got a reality check from Goss about who’s in charge in their professional relationship. I can’t wait to see how every relationship develops as this series continues.

Another relationship I liked seeing was between Tiago and his brother Raul. I was shocked when Mateo told Raul about how Tiago shot him. I don’t think it was Mateo’s place to say such a thing. I liked Raul being very understanding of Tiago’s situation. As the elder brother, Raul realized the internal turmoil Tiago’s going through. The scene where Raul took Tiago’s hand in his was every emotional.

While I would still like more supernatural stuff to happen in Penny Dreadful: City of Angels, the entire cast is doing an amazing job of making me care for their characters. I want the Vega family to be okay.

Did you watch ‘Wicked Old World’? Let us know.

Previous:The 100 Season 7 Looks Gloomy and Violent, What a Surprise