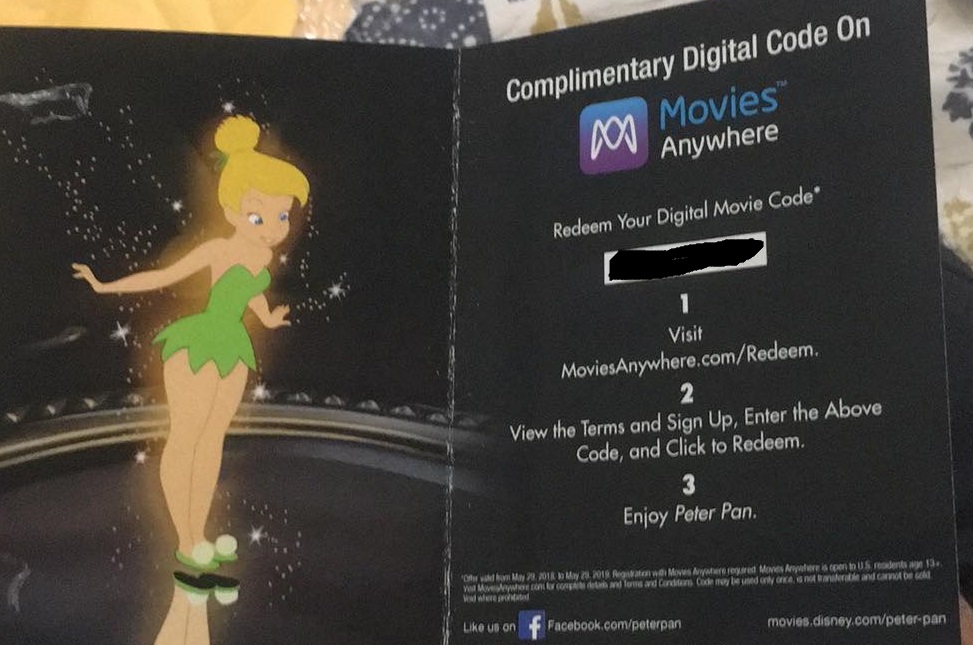 Honoring the legacy of Peter Pan and celebrating the classic movie’s 65th anniversary, Disney has released the film’s Walt Disney Signature Collection Edition on Blu-ray which is full of extra features for fans to enjoy.

I was provided a Digital “Peter Pan” copy for review. The opinions are my own.

I am not going to write an in-depth review of Peter Pan, considering we all grew up watching it numerous times. I even enjoyed watching the sequel. The scene where he met an adult Wendy was very emotional. However, I do have to say that upon rewatching the original, I feel Tinkerbell’s personality made her come across as a borderline sociopath.

Anyway, coming to the Walt Disney Signature Collection Blu-ray and Digital release, it offers the complete package (tons of extra features) to fans. But I do think if you already have the 2013 Diamond Edition release then there’s no need to buy the newest edition unless you are a collector.

The current release is a two-disc Blu-ray, DVD, and Digital pack. The discs are in a standard Blu-ray case. Upon inserting the discs, the menus are easy to navigate. Ads for Incredibles 2 are included.

You can redeem the Digital Code through Movies Anywhere. The Blu-ray video presentation is a 1.33:1 1080p transfer. The visuals are bright and allow you to notice all of the fine details that went into creating this hand-drawn classic.

The sound is DTS-HD MA 7.1 audio mix, offering clean dialogue delivery. You will also get to appreciate the audio even more once you start viewing the extra features, especially the sing-alongs.

The awesome thing about the current Peter Pan release is that it includes all of the extra content present in previous DVD releases as well as the 2013 Blu-ray.

Now, on to the content transferred from previous releases!

In the end, I would recommend the Peter Pan Walt Disney Signature Collection release to every collector. Also, if you haven’t bought the previous Blu-ray or DVDs, the currently available anniversary release brings you everything in one package.